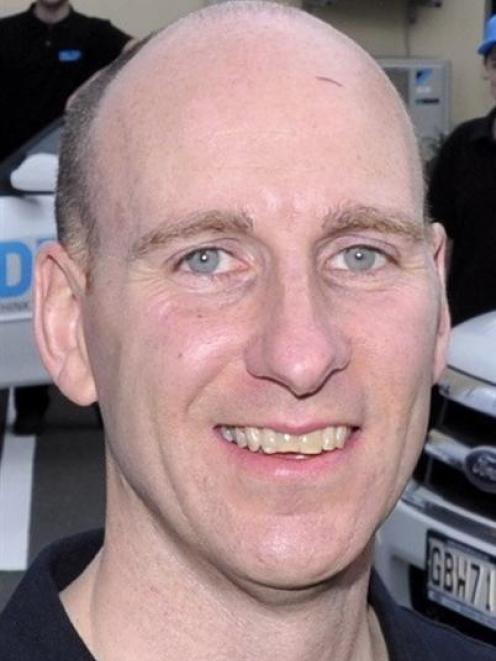 Grady Cameron.
Dunedin has been dealt another blow with confirmation Delta plans to make up to 30 workers in the city redundant, Dunedin Mayor Dave Cull says.

The proposed redundancies were announced by Delta chief executive Grady Cameron yesterday, hours after the company's Dunedin workers were called to a meeting to hear the announcement and discuss the company's future.

The jobs would be shed in the company's Dunedin-based roading and drainage operations if confirmed when a final decision was made - following consultation with affected workers - on September 19.

Mr Cameron would not be interviewed, but in a statement blamed the redundancies on "ongoing tough market conditions" in Dunedin and Otago. The company had been carrying out a "thorough review" to refocus the business. More changes were expected to follow, he said.

"We need to make difficult decisions now and align our resources to match market demand," he said.

Mr Cull said the decision was a blow for the city, the council-owned company and the workers, but it was up to Delta's management to decide how best to run the company.

The news had been greeted with a mix of silence and some anger, and Mr Fisher expected more jobs could be on the line as the company continued its review.

"If they've got loss-accumulating sectors within the company, and they can't see any expansion in the near future, they will continue this type of thing."

Many of the workers were long-serving former council employees, before the move to the council company structure, he said.

In his statement, Mr Cameron said the company was dealing with tough economic conditions, including a "static" property development market and reduced spending by the central and local government sectors.

The announcement comes just months after Delta announced it also planned to axe 10 staff in the Central Otago and Queenstown Lakes areas. The company was also said to be considering a write-down of its investments in Jacks Point and Luggate property investments, although details were not expected to be confirmed until later this month.

The company had "extended their tentacles" into other parts of the South Island, but "time will tell whether these were wise decisions into these markets", Mr Fisher said.

"Maybe they should have been keeping their eye on the ball back home here."

Mr Cameron's statement made no mention of the investments, and he did not respond to further questions about Mr Fisher's comments late yesterday.

He did not believe the job losses were linked to activities in other areas of the Delta business.

The key was cashflow, which was dependent on contracts for work being available to bid for, Mr Cull said.