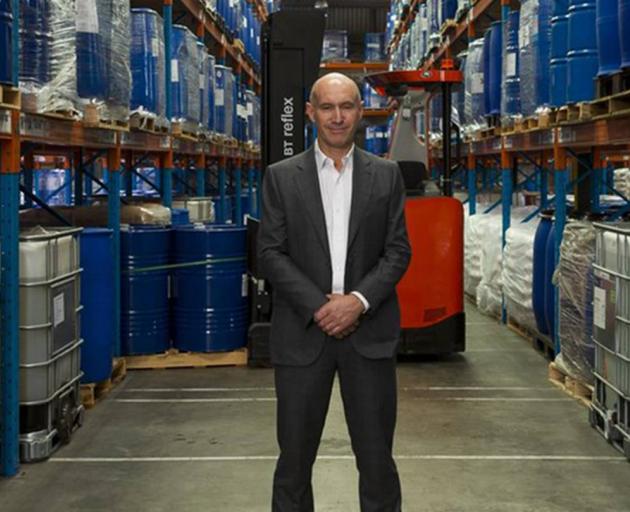 Chemicals maker DGL announced yesterday it will delist from the NZX next month and retain a sole listing on the Australian Stock Exchange.

The company said its board believed a New Zealand-based trading platform was of "little or no value" to DGL or its shareholders, and there "is no benefit" from continuing to remain listed on NZX.

However, NZX chief executive Mark Peterson said the decision clearly was a reaction to Henry's comments about Nadia Lim and the My Food Bag IPO.

Last month Henry referred to My Food Bag co-founder Nadia Lim as a "bit of Eurasian fluff" while comparing the public float of his chemicals company with the meal kit company - then was slow to apologise.

"The original intention of DGL having a NZX listing was that it offered access to additional sources of capital to support the growth ambitions of the business. This is clearly important in the current economic environment and, since it listed in May last year, DGL has also been a strong performer on the NZX.

"It's therefore disappointing to New Zealand investors that recent events have triggered DGL to take this step – especially as its board publicly noted it was undertaking an independent review of its organisational culture."

DGL in a statement said the trading of DGL shares on NZX will cease at the close of business on Tuesday, June 28, 2022.

Last week Milford Asset Management - one of the country's largest investment managers – revealed it had offloaded its shares in DGL Group in the wake of Henry's comments.

"We are no longer shareholders in the group," Milford head of sustainable Investment Frances Sweetman said last Wednesday.

Milford had earlier sent a "please explain" letter to DGL that resulted in a meeting with Henry and DGL chairman Peter Lowe last Wednesday.

"It was a difficult ... but very constructive meeting," Sweetman said.

The Australian chemicals company is 57 per cent owned by Henry, a New Zealander.

In a May 12 ASX and NZX filing, DGL said it planned to hire an independent adviser to carry out a diversity and culture review "and recommend any changes necessary to ensure the culture reflects key values".

The filing also said, "The Board has previously stated that the comments were offensive and unacceptable ... The remuneration framework for all DGL Group senior executives will be reviewed by the Board's Remuneration Committee, with a plan to implement a balanced scorecard approach for assessing at-risk remuneration, targeting an implementation date of 1 July 2022.

"Mr Henry understands the importance of his own conduct in setting standards across DGL Group. He is fully supportive of, and will participate in this process initiated by the board."

The controversy resulted in several investment and KiwiSaver firms, including Devon Funds and KiwiWealth, saying say they would shun DGL.

DGL shares plummeted from $4.15 on May 4 to reach a low point of $3.14 on May 13 as the initial furore was fueled by Henry's initial silence followed by a one-line emailed apology that was widely derided.