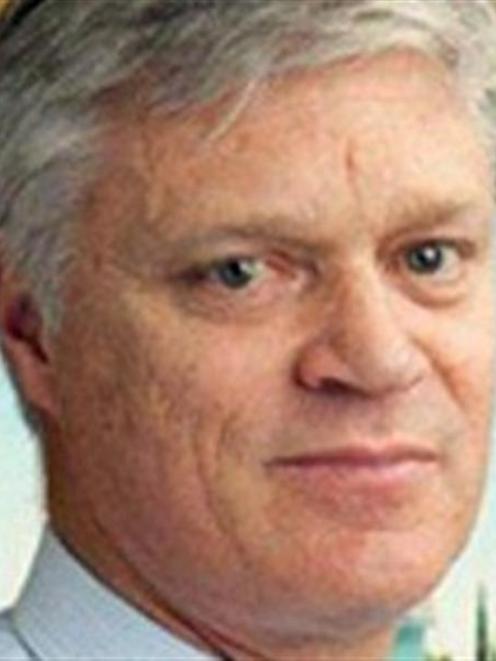 Mark Binns.
Meridian Energy delivered some more bad news for the prospective Labour-Green government when it yesterday delivered its first report since listing last year on the NZX.

Meridian chief executive Mark Binns said in his release to the NZX that Meridian's last increase in energy prices was in December 2012.

''While we will continue to pass on any increases or decreases in transmission or network costs, we do not foresee energy prices increasing until at least June 2015,'' he said.

Cost increases from the national grid and local monopoly lines networks would be passed on.

Labour and the Greens are proposing a single buying authority for the New Zealand electricity industry if they form the next government after this year's general election.

The prospect of the regulatory change has hung over the listings of Meridian and Mighty River Power, the other company sold down by the Government last year.

Opposition parties have said the partial listings will result in higher prices for consumers and the single buying authority is needed to set the price of electricity.

Craigs Investment Partners broker Chris Timms said the company had absorbed $11 million of higher transmission costs in the period, something that could have been passed on to consumers.

Asked if it could be seen as a political move, Mr Timms said the costs absorbed were from pole-to-pole and higher Transpower costs.

''It's nice for the customers but not so good for shareholders. Operating earnings were down in the period but had the higher costs been passed on, the results would have been in line with last year,'' he said.

The company reported a lower interim profit for the six months ended December but brokers reacted well to the news because the result was above the prospectus forecasts.

The company declared an interim dividend of 4.19 cents per share, imputed to 90% of the corporate tax rate.

Forsyth Barr broker Andrew Rooney said Meridian Energy produced a good first-up result, although he had to dig a bit into the numbers to find the good news.

Operating earnings for the six months ended December were $268.2 million, down 3.2% on the previous corresponding period and 4.3% lower than forecast.

However, Meridian reported it was up 7%, or $17 million, on what it assumed in the prospectus numbers. The energy margin was $7 million better and operating costs were $8 million lower than in the prospectus.

''Overall, this is a good start to life as a listed entity, although lots of water has helped. Meridian has the strongest earnings momentum of the 'gentailers' but if it stays dry, like it did in 2013, Meridian will probably struggle to hit the revised guidance, such is its earnings volatility,'' Mr Rooney said.

Meridian's reported profit was $116.9 million and the underlying profit - which excludes the effects of non-cash fair value movements, gains on sale of assets, impairments and other one-off items - was $83 million. Meridian chief executive Mark Binns said the earnings figures were ''very pleasing''.

''The above-average hydrology conditions in Meridian's catchments contributed to consistently high generation market share in the last six months, with generation volume being the highest in the company's history.''

With hydrology inflows 122% of average in Meridian's catchments, the company was able to maintain a high generation market share of 36%, on average, during the period.

The completion of the Pole 3 upgrade in November resulted in the highest weekly northward flows since 2007, he said.

The retail market remained competitive, with a decrease in net retail contracted sales to $296.9 million, down 3% on last year. Customer numbers across both the Meridian and Powershop brands increased by 2% over the period, despite strong competition.

In his outlook, Mr Binns said Meridian had continued to deliver a strong operating performance since balance date.

Given performance to date, should inflows from this point match the assumptions in Meridian's prospectus, the full-year operating earnings would exceed the prospectus forecast by about 7%.

But he warned investors to remain aware that hydrology and other risks described in the prospectus could still significantly affect results.