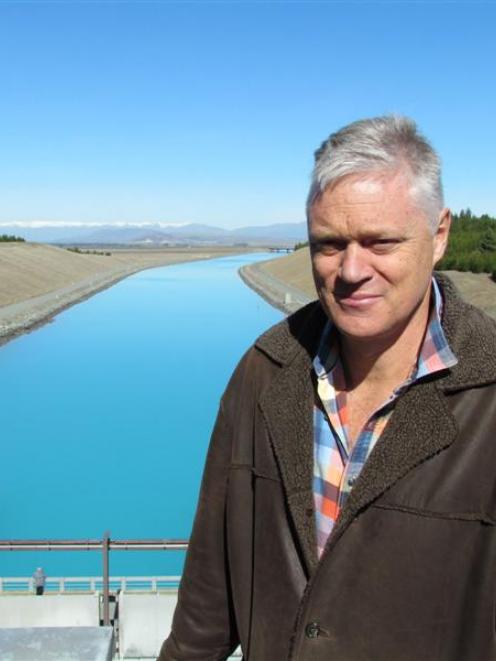 Meridian chief executive Mark Binns at the Pukaki hydro canal. Photo by Andrew Ashton.
A community programme that has funded more than $2.2 million of projects in the Waitaki since it was set up by Meridian Energy six years ago will not be affected by the looming partial privatisation of the state-owned energy provider.

The Government is expected to sell off a 49% share of Meridian between September 30 and October 18, ahead of the company being listed on the NZX and ASX stock exchanges on October 29, but Meridian chief executive Mark Binns confirmed to the Otago Daily Times this week that the share offer would not put a stop to the company's ongoing involvement in the community through the Waitaki Community Fund.

''Nothing happens to change that, it stays exactly as it is.

''The issue for us is nothing changes, the stakeholders stay the same, and obviously we will still be working with those communities.''

Earlier this month, the fund awarded more than $105,000 to community projects in the latest allocation round, including a $21,000 grant to the Twizel Medical Centre to purchase new medical equipment, as well as a $25,000 grant to complete an upgrade of the St Alban's Church vicarage and chapel, in Kurow.

So far, more than 200 community projects between Aoraki/Mt Cook and the Waitaki Bridge have received aid from the fund.

Fund chairman Mat Bayliss said the fund had supported ''a great bunch'' of initiatives, and Meridian was proud of its involvement.

''The Waitaki Community Fund has been running for over six years now and we continue to see a really good range of high-quality of applications.''

Waitaki Mayor Alex Familton said it was ''good news'' that Meridian would continue with the community fund.

''It has been very generous and very worthwhile community support.''