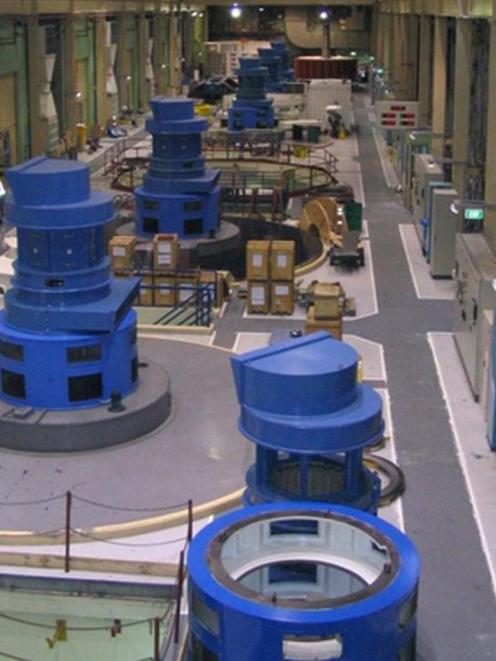 NZX's research pilot scheme will be in place for Meridian Energy's listing. Photo supplied.
Independant research on state-owned power company Meridian Energy will be made available following feedback during the Mighty River Power offer which said more information was needed.

With most of New Zealand sharebroking houses involved in the listing of the SOEs, many investors were left to their own devices when it came to decisions about whether or not to invest.

The NZX announced yesterday research would be provided by Woodward Partners and Edison as part of NZX's ''research pilot scheme'' which aimed to increase research coverage on listed companies.

Both Dunedin broking firms - Forsyth Barr and Craigs Investment Partners - are involved in the listing of Meridian which the Government said on Monday was likely on October 29. Neither can talk to the media about the float.

The Otago Daily Times has used Milford Asset Management and Australian-based Morningstar to provide readers with research and comments.

Grant Thornton New Zealand partner Simon Hunter said yesterday New Zealand was one of the most attractive countries in the world for supporting and enabling dynamic business growth but the infrastructure remained a constraint emphasising further the importance of a successful Meridian share float.

''A lack of investment in infrastructure, research and development and technology is holding us back. We need the Government to be able to reap the returns from the sale of assets to invest in these areas to break our economic cycle.

''The Government is aware of this and also the relative failure in investors' minds of the Mighty River Power float.''

The share price for Meridian would have to be a substantial discount to ensure investors saw past the Mighty River experience, he said.

Meridian's offer document will be lodged on Friday. Finance Minister Bill English has again promised New Zealanders will have first preference to buy the shares.

The Government will retain a 51% share in Meridian, as it did with Mighty River Power. Genesis Energy, the third energy company to be sold down, is likely to be listed on the NZX in the first quarter of next year.

The Government also intends selling down its stake in Air New Zealand which will be much easier as the national carrier is already a listed company.

Mr Hunter said Meridian had to succeed for the next Genesis float to succeed.

Meridian will be sold in two tranches, with investors paying 60% of their purchases up front and the remaining 40% in 18 months' time. Green Party co-leader Russel Norman estimated the cost of the ''interest-free'' loan to investors at $55 million.

The costs of the Meridian sale, including the ''buy-now, pay-later scheme'' would come on top of the $124 million the Government had already spent on asset sales, he said.