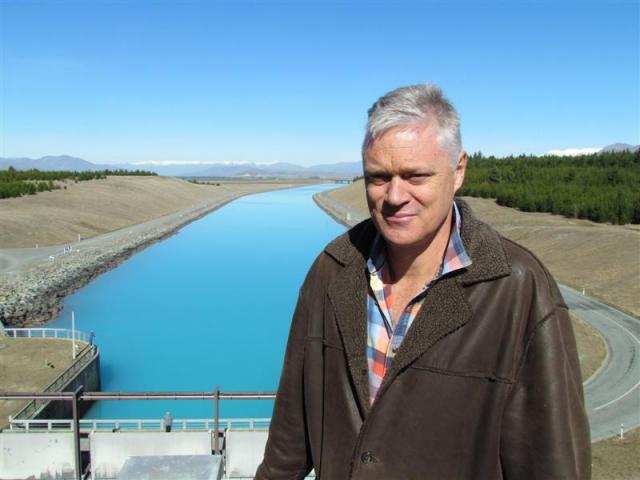 Six months after its partial listing by the Government, Meridian Energy is confident of hitting prospectus targets, but its boss concedes the future of Tiwai Point aluminium smelter remains the elephant in the room.
Low lake levels throughout Otago mean electricity suppliers may face winter with below-average storage levels.

Meridian Energy delivered some more bad news for the prospective Labour-Green government when it yesterday delivered its first report since listing last year on the NZX.
Power company Meridian Energy Ltd has appealed a decision to grant resource consent for a 2000-cow Twizel farm to discharge dairy effluent, because of concern it could impact on operations on the Upper Waitaki hydro-scheme.
Newly-listed Meridian Energy received an average price for its generation in the three months ended September 22% lower than in the same quarter last year.
Investors shrugged off any concern about the political future as large volumes of Meridian shares were traded after the country's largest energy company listed on the NZX yesterday.
Less money than expected received from the partial sell-down of Meridian Energy may force the Government to rethink its state-owned assets sales programme.

Five separate and independent reports have now been lodged with the New Zealand stock exchange about Meridian Energy's partial share float.
The short-term high dividend yield offered by Meridian Energy made the shares worth buying through to the upper retail limit of $1.60, Wanaka-based Logic Fund Management said in its research note.

Almost a decade after Meridian Energy canned its planned $1.2 billion Project Aqua hydro-electric canal scheme on the Waitaki River, nearly 900ha of North Otago farmland bought for the project is to go under the hammer.

A community programme that has funded more than $2.2 million of projects in the Waitaki since it was set up by Meridian Energy six years ago will not be affected by the looming partial privatisation of the state-owned energy provider.

Independant research on state-owned power company Meridian Energy will be made available following feedback during the Mighty River Power offer which said more information was needed.

Another complication arose yesterday to the forthcoming sale of state-owned Meridian Energy after the Keep Our Assets coalition's petition reached the required numbers to trigger a referendum.

State-owned energy company Meridian Energy is likely to list on the NZX on October 18 as the Government seeks to sell down 49% of the company to retail and institutional investors.

The Government's decision to supply the operator of the Tiwai Point aluminium smelter with $30 million to secure a power deal with Meridian Energy is seen as a cynical attempt to lift the state-owned power company's value to future shareholders.

The partial sell-downs of Meridian and Genesis Energy will proceed, with Meridian to be listed later this year but no date put on the Genesis listing.

The Government is expected to announce today the next state-owned energy company to be partly sold down and if it is Meridian Energy, the float will dwarf all in the past two decades.

Meridian Energy is being accused of deliberately withdrawing from talks with Pacific Aluminium on the eve of Easter, leaving the operator of the Tiwai Point aluminium smelter with no room to move.
Reports that Meridian Energy walked away from talks with the owners of the Tiwai Pt aluminum smelter last week are simply false, its chief executive Mark Binns says.
Meridian Energy has revealed the size of the cut it intends making in payments for electricity generated by homeowners with photo voltaic panels on their roofs.