Meridian, Genesis IPOs to go ahead 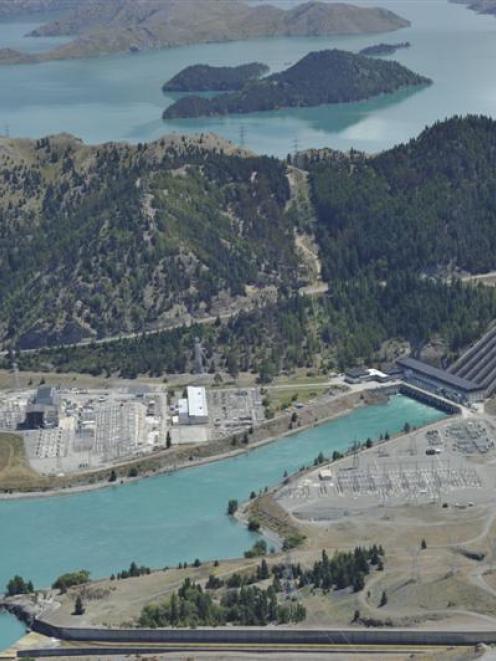 The Benmore hydro plant will be among those partly sold-down in the next state-owned energy asset sales programme. Photo by Gerard O'Brien.
The partial sell-downs of Meridian and Genesis Energy will proceed, with Meridian to be listed later this year but no date put on the Genesis listing.

Treasury has also appointed UBS New Zealand to assist with the preparations for a Genesis initial public offering (IPO).

Both Craigs Investment Partners and Forsyth Barr, Otago's two full-service broking firms, are on the JLM panel, which may mean brokers in both firms are unable to advise clients or talk to the media about Meridian, and possibly Genesis, before the listing and 40 or 42 days after listing.

The Otago Daily Times tried to track down the rules yesterday which prevent the brokers talking to clients and the media, but was unable to get suitable replies from the people contacted. There was even confusion around whether the rule was for 40 days or 42 days, depending on which agency was contacted.

However, it appeared that in the case of Mighty River Power, the Treasury and the JLM panel signed a contract preventing the issuance of any research for 40 or 42 days after the company listed.

The stand-down rule was thought to be an international requirement and because many of the JLM were overseas-based, the rule was enforced in New Zealand.

Frustrated brokers told the ODT it was awkward when clients phoned asking for a price target and a recommendation during this period. It meant that, after the stand-down period, six new pieces of research and recommendations would ''flood'' on to the market.

Mighty River Power listed on May 10, meaning the JLM panel can issue research from about June 18.

A statement from the Treasury said the fees for joint lead managers would not be disclosed until the offer documents for Meridian and Genesis became available.

The three joint lead managers for Mighty River Power earned up to $12.9 million in total for its partial sell-down, including a bonus which is worth up to $4 million if the company meets certain targets. Fees for the brokers and banks involved were on top of that.

If the same fee structure was used for Meridian, the joint lead managers could be in line to be paid more than $20 million.

Prime Minister John Key has indicated that Meridian, which was last valued at $6.58 billion, could be sold down in two separate tranches.

A 49% stake would potentially be worth $3.2 billion, making it the largest initial public offering to be undertaken in New Zealand.