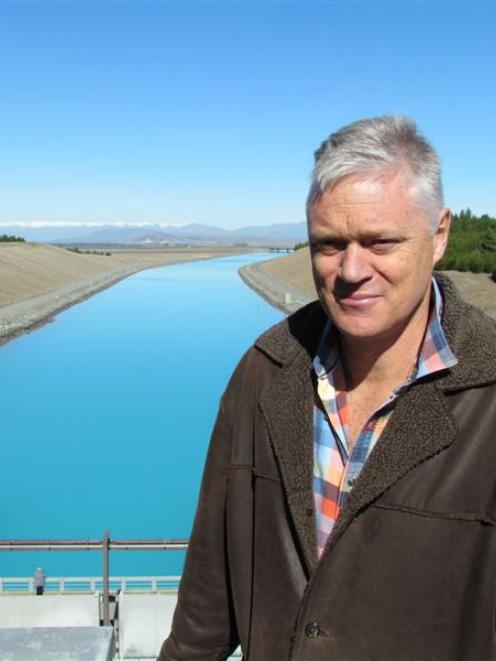 Meridian Energy chief executive Mark Binns.
Six months after its partial listing by the Government, Meridian Energy is confident of hitting prospectus targets, but its boss concedes the future of Tiwai Point aluminium smelter remains the elephant in the room.

Of diminishing concern for Meridian is the possibility of a Labour-Green government and change to a single buying authority for the industry.

For consumers, the good news is Meridian's hydro storage is well beyond 100% of averages, and it does not expect to be raising prices until June 2015 at the earliest.

Tiwai is Meridian's largest customer and uses about 15% of the country's electricity supply. Despite renewing its electricity-take contract recently, majority owner Rio Tinto could opt to quit the smelter as early as 2017, affecting 4000 direct and indirect jobs and leaving a gaping hole in Meridian's customer base.

In a countrywide briefing for stockbrokers and shareholders this week, Meridian's chief executive, Mark Binns, was in Dunedin on Wednesday talking to an audience of about 40. Much of the presentation was based on Meridian's first financial report after its debut on the stockmarket in October, with its shares issued at $1 (plus another 50c later), raising $1.88 billion for the Government, which retains a 51% stake in the company.

For the six months ended December, its operating earnings were $268.2 million, down 3.2% on the previous corresponding period and 4.3% lower than forecast.

However, Meridian's operating earnings were up 7%, or by $17 million, against prospectus expectations, while the energy margin was $7 million better and operating costs $8 million lower than the prospectus.

Following the presentation, Mr Binns was asked if Meridian expected to equal or better its $116.9 million reported profit or underlying profit of $83 million, of the previous year.

He reiterated expectations that earnings before interest, tax, depreciation, amortisation and financial instruments (ebitdaf) were expected to be up 7% on last year's $548 million.

Profit forecasts cannot be released through the media, but he said the company was expected to ''do well'' when the year to June was reported in August.

Investors could also expect the forecast 10.5c per share dividend, and while there were no guarantees, Mr Binns was confident the forecast 13.4% rate of return would be achieved.

On Tiwai's future, Mr Binns said Meridian now had a couple of years' breathing space with the deal stuck last year, and maintained the relationship with Rio Tinto was very good.

The Tiwai issue was probably at the top of investors' minds.

The electricity price Rio Tinto received last year ''was the best'' and, when asked, Mr Binns conceded there was not much wriggle room left in the pricing.

''We think about the [Tiwai] scenario constantly and aren't likely to be blindsided,'' he said.

If there was any ''plan B'', Mr Binns said it was likely to be commercially sensitive.

He highlighted the large number of mum and dad investors who had bought shares and was pleased for them.

With the $1 down so far, investors had in March received a 4.19c per share dividend, and with the shares holding well above $1.20 recently, the gain was around 25% so far.

On the Labour-Green electricity policy issue, Mr Binns was aware of polls which predicted a 75% chance of National returning to power, which would result in the share price lift if National led the next government.

On the question of oversupply, Meridian provided 2200MW at present. When the 26 wind turbines at Mill Creek, near Porirua were completed, another almost 60MW would be generated, equating to about 30,000 households.

The focus would then go on long-dated renewable options, Mr Binns said.