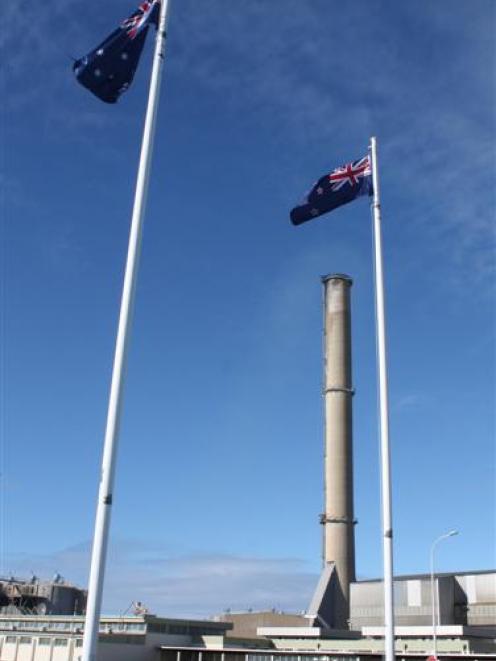 Sixty-four Engineering, Printing and Manufacturing Union (EPMU) members have already won a victory at the Employment Relations Authority (ERA), which said earlier in the year that because the workers did standard 12-hour shifts they should receive 12 hours of lieu payments for each of the 11 public holidays during the year, irrespective of whether they work on those days - not the eight hours per day the company had paid them over almost 20 years.

NZAS appealed that decision and a two-day hearing in Invercargill concluded yesterday with Judge Tony Couch reserving his decision.

At issue is the wording of a sentence in the collective employment contracts or individual employment contracts in place when the smelter switched to 12-hour shifts in late 1993, which entitled workers to one day of lieu leave for each public holiday day. Lieu entitlements are different for newer employees.

Appearing for NZAS, Pheroze Jagose, of Wellington, said in his closing arguments yesterday lieu payments must be made at eight hours a day, not 12.

''It must be eight hours. Leave entitlements remained the same when the change to 12-hour shifts was made. Twenty years down the track it can't be 12 hours, which would leave the company with a $19 million liability.''

That figure had been calculated by an NZAS witness, human resources specialist Barry Simmonds, he said.

Mr Simmonds said paying workers retrospectively would cost $13 million, with a further $6 million required to continue paying all eligible workers until they resigned or retired.

NZAS has already said it will compensate all eligible workers if the ERA decision is upheld, not just the union members taking the claim. Until this week, it had said compensation could cost $7 million.

Mr Jagose said the case boiled down to what parties expected when 12-hour shifts were introduced. It was made clear at the time the switch - which was strongly supported by workers as better for their working and family lives - had to be done on a ''no disadvantage, no additional cost'' basis.

''Everyone went into the new arrangement with their eyes wide open.''

He said the statement of one union witness, Andrew Weller, that he expected the status quo as far as leave entitlements was concerned, was telling.

''The status quo was eight hours, and that's what the workers continued to get.''

The Employment Relations Authority had interpreted the sentence in the contracts ''exceptionally literally'', Mr Jagose said, asking Judge Couch to look at the ''natural and ordinary'' meaning of the sentence rather than the union's ''impractical and strange interpretation''.

Giving evidence on Monday, EPMU southern organiser Trevor Hobbs said the issue was first raised by the union in 1995, but was not resolved.

The public gallery of the small Invercargill No 4 courtroom was full for yesterday's court hearing, with about 25 smelter workers and a smattering of smelter managers listening, including general manager Gretta Stephens.