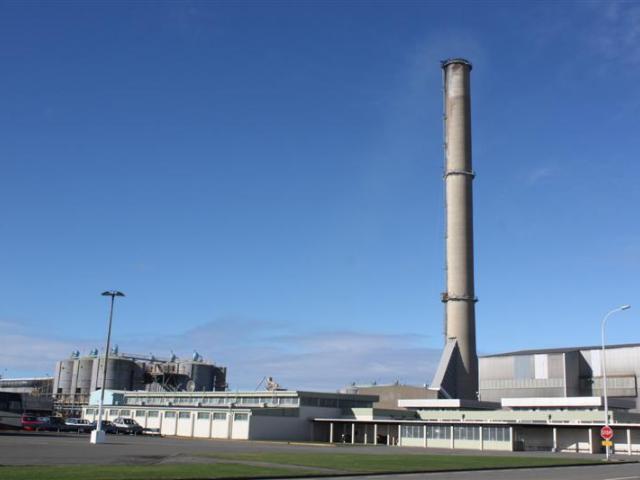 Wednesday is ''D day'' for the future of the Tiwai Point aluminium smelter near Bluff when its owners decide whether they want to give Meridian Energy notice they want to terminate the smelter's electricity contract.

Despite a $30 million government handout to Tiwai Point aluminium smelter owner Rio Tinto during the past year, the plant's full-year result again plunged into the red.

Six months after its partial listing by the Government, Meridian Energy is confident of hitting prospectus targets, but its boss concedes the future of Tiwai Point aluminium smelter remains the elephant in the room.

Tiwai Point owner New Zealand Aluminium Smelters (NZAS) has delivered a warning it is still scrutinising the plant's ''ongoing commercial competitiveness'', as it considers appealing an Employment Court ruling against it.

Tiwai Point operator New Zealand Aluminium Smelters (NZAS) is reviewing ''the implications'' of an Employment Court decision, upholding a ruling that it must pay $19 million to workers shortchanged over 23 years of lieu day entitlements.

The decision by Indonesia to implement its threatened ban on unprocessed ore exports offers some hope for the beleaguered aluminium industry.

Pacific Aluminium, the Rio Tinto subsidiary which owns the Tiwai Point smelter, has been withdrawn from sale.

The signing of an electricity deal with Meridian Energy and a one-off injection of $30 million from the Government guarantee the future of the Tiwai Point aluminum smelter for at least two and a-half years and hopefully beyond, the chairman of the company which operates the plant says.
New Zealand Aluminium Smelters has lodged an appeal in the Employment Court saying an early decision imposed millions of dollars in additional costs on the operator of the Tiwai Point aluminium smelter.

On the eve of Mighty River Power's partial float, chief executive Doug Heffernan is unfazed by either the controversy surrounding the future of the Tiwai Point smelter, or the immediate risks the state-owned enterprise faces from North Island drought.

Central to operations of debt-laden Rio Tinto's loss-making and ageing Tiwai Pt aluminium smelter in Southland has been the roller-coaster ride of global aluminium prices - at present more than 40% down on the all-time 2008 high.

An air of fear and uncertainty hangs over Invercargill and Southland as politicians and bureaucrats decide the fate of thousands of jobs in the area. Negotiations on electricity supply to the Tiwai Point aluminium smelter have reached a stalemate - but not all hope is lost, business editor Dene Mackenzie finds.

The Invercargill City Council and Venture Southland will invest heavily to generate a public debate on electricity use in New Zealand, if Invercargill Mayor Tim Shadbolt has his way.

Meridian Energy is being accused of deliberately withdrawing from talks with Pacific Aluminium on the eve of Easter, leaving the operator of the Tiwai Point aluminium smelter with no room to move.

Peter Lyons looks at the issues facing the Government over the Tiwai aluminium smelter.
New Zealand Aluminium Smelters (NZAS) says cutting production at Tiwai Point by 5% is only a temporary measure, with no immediate impact on staffing levels.
A total of $70 million in capital and maintenance expenditure at the loss-making Tiwai Pt aluminum smelter near Bluff has been halted in its tracks by its Australian owner, mining giant Rio Tinto.