Southland shock should be mitigated 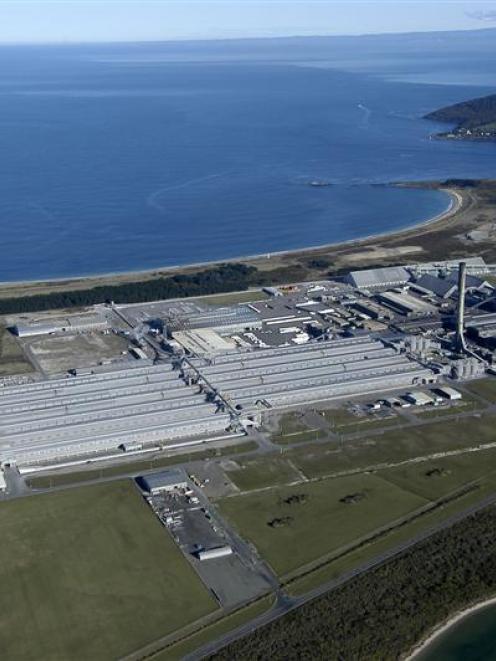 The drama surrounding the Tiwai aluminium smelter negotiations may be the defining test of this Government's credibility. John Key's administration has prided itself on its pragmatic market-friendly approach to managing the economy. Its partial privatisations are part of this philosophy.

Ironically, Rio Tinto, as the ultimate owner of the smelter, has seized this moment in its negotiations for cheaper power. It is aware that the partial privatisations will be affected by a forecast closure of the smelter. Closure could unleash excess electricity supplies equal to almost 15% of New Zealand's total output on to the market, thereby undermining the share prices of the power companies being floated.

This is a classic conflict between economic realities and political pragmatism on both sides. It will be interesting to see how far this Government is prepared to compromise its political integrity to appease a multinational and save jobs in Southland.

The appeasement of Rio Tinto is not really the issue. It is about retaining thousands of jobs in Southland, as well as substantial foreign exchange earnings.

But the essence of the issue is whether New Zealanders wish to subsidise a multinational operating an unprofitable venture that already gains substantial discounts on the power that it uses. The answer should be obvious. By stepping back from negotiations, the Government appears to be acknowledging this.

The problem then arises about the many Southlanders affected by a closure of the smelter. Estimates suggest up to 3000 jobs could be affected either directly or indirectly.

If the Government decides that using taxpayer funds to supplement the profits of foreign shareholders is worth it, then this won't be a problem. If it decides to stick by its principles, then the economic livelihood of these people could be dire in the short term.

Not only will they lose their jobs and incomes but the market value of their houses will also decline. In a sparsely populated region such as Southland, major job losses must affect the real estate market. This reality exposes a myth at the centre of the market model. Resources are not perfectly mobile. Most people cannot just up and shift to where the jobs are.

The assumption of resource mobility is written large in all economic text books that extol the virtues of free markets. The process of creative destruction driven by free markets destroys jobs in some industries and regions while creating jobs in others.

According to the theory, resources, including people, effortlessly shift to new jobs in new occupations and locations in a seamless fashion. Reality paints a far different picture. So if this Government is to remain staunch in its dealings with Rio Tinto, and it should, then it must also be prepared to offer the same concessions that it would have offered a mercenary multinational to its own citizens.

It should be prepared to offer funding for retraining and reallocation to those affected, equivalent to its final offer to Rio Tinto. The amounts involved should also be transparent, as New Zealanders are economically literate enough to digest the unpleasant choice that the Government confronts. The unleashing of up to 15% of New Zealand's electricity production will benefit many New Zealanders through lower power prices and costs of production, but at a huge concentrated cost to the people of Southland. Such a sudden shock is unfair and should be mitigated to the extent of any final commercial subsidy that would have been offered to Rio Tinto.

There should be a large degree of transitional assistance. Market economies are based on the process of creative destruction with closures theoretically being matched by new openings. The myth is that the transition process is frictionless. The reality is that it creates suffering for many people, especially in situations such as this.