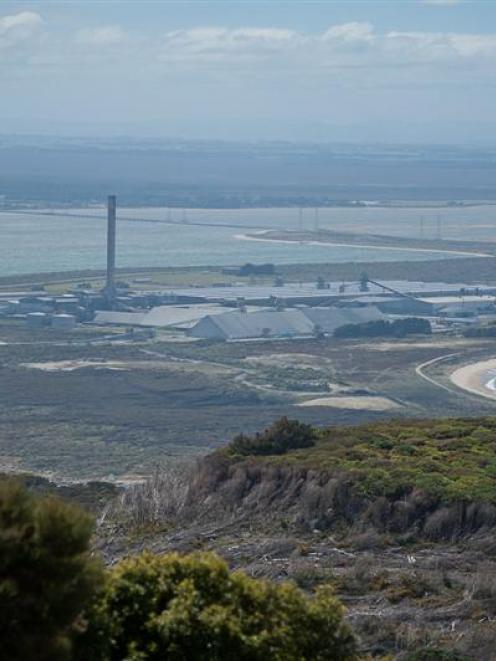 NZAS last week lost an appeal in the Employment Court, which upheld an earlier decision that NZAS must pay about $19 million in lieu-day payments to past and present staff following a change in 1991 from staff working 8-hour shifts to 12-hour shifts.

While some cash would go to former employees, much of the $19 million would be loaded as leave entitlements to staff; both union and non-union.

The loss-making, ageing smelter is owned by Australian mining giant Rio Tinto and has an agreement with the Government to remain open until at least early 2017 after hard-nosed power-supply negotiations last year in which the company was given a $30 million Government subsidy.

While Tiwai directly employs up to 700 people at the plant, making some of the highest grade aluminium in the world, it indirectly employs an estimated further 3500 beyond the Bluff plant.

''The [Employment Court] decision has come at a particularly challenging time for the smelter and will have a significant financial impact.

''However, we are continuing to do everything in our power to ensure the smelter's ongoing commercial competitiveness,'' Ms Stephens said.

NZAS has a month to decide whether to appeal the court decision but any appeal must be based on a point of law and the company would have to go to the Court of Appeal to seek leave to appeal.

''We are passionate about providing long-term career opportunities for future generations of Southlanders and will work hard to make this a reality,'' Ms Stephens said.

Ms Stephens said in the early to mid-1990s, at the request of shift workers, NZAS moved from 8-hour shifts to 12-hour shifts. While the total annual number of hours worked remained the same, the shift workers worked fewer days a year.

''Given that shift workers continued to work the same number of hours a year, NZAS continued to calculate the annual additional days' leave as an 8-hour day,'' she said.

''This decision is particularly disappointing as we are very proud of NZAS' record as a generous employer,'' she said.

NZAS will ''carefully review the decision over the next few weeks to decide whether to appeal the decision''. However, until that process was completed, NZAS would be unable to answer media questions regarding individual entitlements, Ms Stephens said.