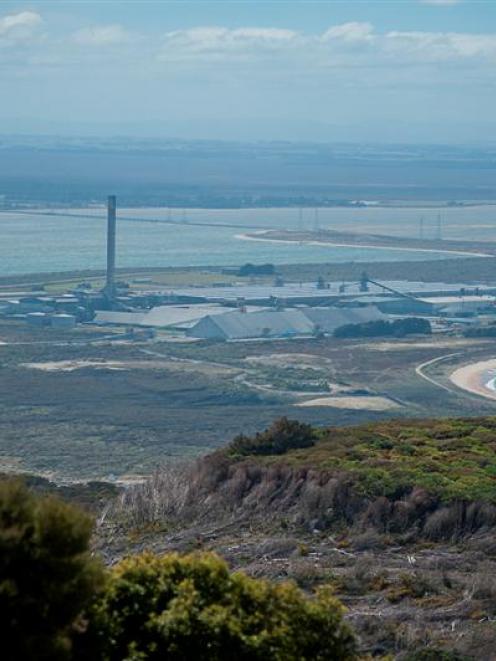 The Tiwai Point aluminium smelter. Photo by Robert Landreth.
An air of fear and uncertainty hangs over Invercargill and Southland as politicians and bureaucrats decide the fate of thousands of jobs in the area. Negotiations on electricity supply to the Tiwai Point aluminium smelter have reached a stalemate - but not all hope is lost, business editor Dene Mackenzie finds.

The fate of Invercargill is in the balance as the electricity contract negotiations for the Tiwai Aluminium smelter between Government-owned Meridian Energy and Pacific Aluminium remain stalled.

But Meridian has already said it has reached its end point in the discussions, its bottom line in offers and on paper, and it seems the state-owned company being lined up by the Government for partial listing on the NZX is prepared to wear the consequences of its actions.

Those consequences could mean the smelter closing with the loss of more than 700 jobs, and with up to 3200 others also affected. Rio Tinto has put its smelter assets into the new Pacific Aluminium company as it tries to sell it as a going concern. So what would the closure of the Tiwai smelter actually mean?

Engineers spoken to this week by the Otago Daily Times are wondering if they will still be in business in a few months. 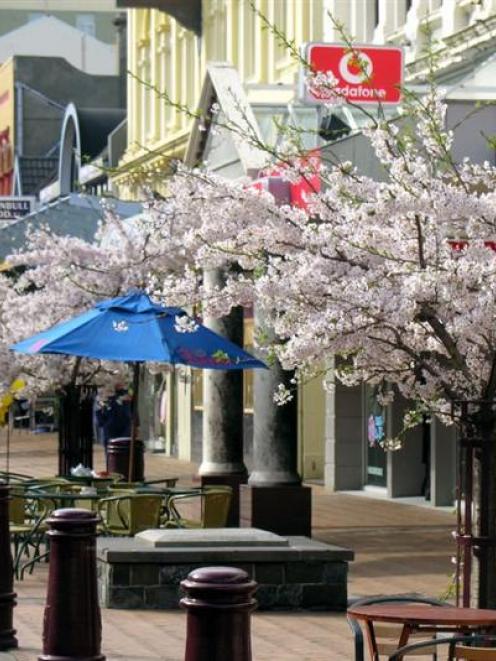 Will the closure of the Tiwai Point aluminium smelter be a death knell for Invercargill? Photo by Phillip Cooper.
None of those contacted would talk on the record because of their contracts with the smelter, but they were worried about the future of their businesses, their staff and the city.

One said he would have to halve his staff if he lost smelter work. That was how important the smelter was to his business.

Others talked about similar fears.

''Nobody knows what is going on. Closure of the smelter will destroy Invercargill. We saw what happened to Bluff when the Ocean Beach meat works closed. We will be another Kinleith. Meridian and the Government should take one for the team on this,'' one engineer said.

Nearly every engineering firm in Invercargill is in the same boat, it seems. The smelter has been even-handed when it comes to dishing out work, and the extent of the its influence spreads widely.

Business owners spoken to told the newspaper while the smelter's closure would have a dramatic impact on the economy, no-one should underestimate the Southland ''can do'' attitude. Anecdotal comments suggested some suppliers had already reduced their Tiwai-related work and were managing to acquire new sources of business or maintain a pipeline of work by focusing on other sectors. 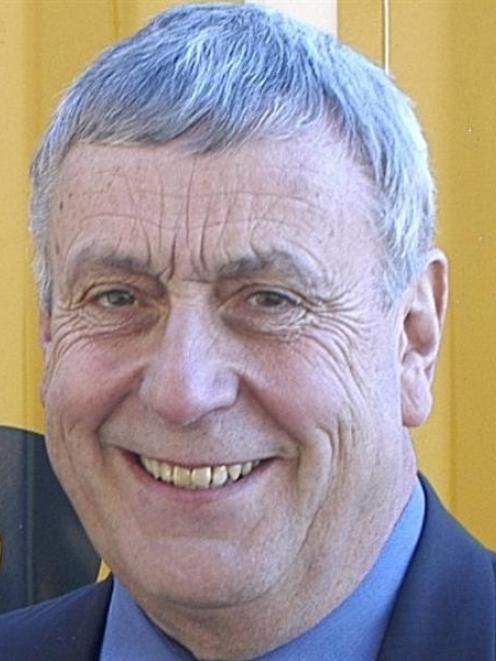 John Harrington
However, full closure of the plant would be tough for the region, the businesses said. It was not just the number of direct employees, but the significant number of indirect jobs which could go.

Former South Port chairman John Harrington said losing the smelter would have a catastrophic effect on the community. Mr Harrington believed more than 3000 people had employment links to the smelter.

While some skilled staff might pick up jobs in Christchurch, some would be unable to leave because their properties would not sell.

Banks were vulnerable if property values dropped in the city, with all of them exposed to mortgages held by people who would be affected in some way or another. There was a danger house values would fall so much that people could owe more than their property was worth.

''Nobody can say this won't affect them. It will affect everybody.''

Asked about the morale within the business community, Mr Harrington said it was low. He had personally been in contact with people worried about their job security.

''People are beside themselves, but this is the age of technology. You can't go anywhere without the radio, television or newspapers reporting the latest news.''

The smelter had always had a limited life after 40 years in operation, despite the quality of the product, he said. It was possible

Rio Tinto had been planning an exit strategy from Tiwai for 10-15 years and had used the latest downturn in commodity prices and the strength of the New Zealand dollar to bring things to a head. Southland Chamber of Commerce chief executive Richard Hay said there was some cautious optimism that a deal between the smelter and Meridian would occur.

In the meantime, there was resignation that, whatever the outcome of the latest standoff, life as Invercargill business knew it would be changed.

''We know the smelter operation will be different from what we have now. It won't be as big a part of the economy as it once was. We know there have been staff rejigs and there could be more to come.''

It had been suggested the smelter had cut its repairs and development budgets, meaning a large amount of money spent in a short time would not happen, he said.

It was unavoidable there would be changes in Invercargill and Southland, and there was an acceptance among businesses that overheads had to be kept down for the smelter to continue operating. Electricity was a major cost factor for Rio Tinto.

''It's a natural thing for Rio to look to cut costs. It needs to do what it has to do.''

Suppliers to the smelter were worried about their future, as many had half of their revenue provided from that source, Mr Hay said.

Having half of their revenue coming from the smelter gave businesses an economy of scale. If they lost the smelter's business, employers would lay off staff and might find it difficult to service other clients.

''But the thing that concerns me the most is the future of infrastructure in Southland. That has grown in the last 20 years because of the smelter.''

An exodus of 4% of the population looking for jobs elsewhere would mean the rest of the ratepayers making up a funding shortfall to maintain current services, he said.

And because most government funding was population-based, that would mean cuts to health services, policing, education, roading and general infrastructure.

''The closing of the smelter will put us back 20 years as a community.''

A good example was South Port. Thirty-eight per cent of its business was Tiwai-oriented.

''Can South Port's services and economies of scale continue with the loss of that amount of custom?''

Mr Hay had heard some schools in the city were already looking at their budgets and forecasts and considering what they could do if the smelter closed.

That was a natural consequence of a falling population. Another negative was that once services were cut, it took a long time to rebuild them. It was difficult to attract industry to Southland once large enterprises had closed. Mr Hay considered the Government should have provided some incentive for Chinese companies to build new milk powder plants in Southland, where dairying was a large part of the rural economy.

Retailers were already hit by the rumours of the smelter closure and discretionary spending was down, he said.

''There is no security about the future.

''It is like walking forward on ice and not knowing whether the ice is thinner or thicker in front of you,'' Mr Hay said.