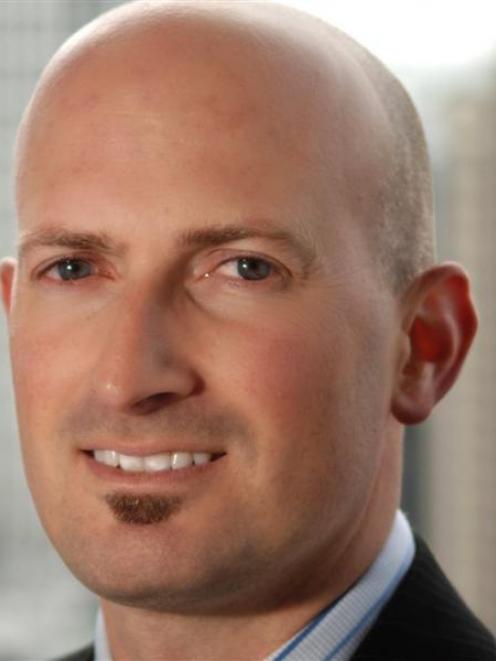 Nick Tuffley.
Fonterra has bumped up its forecast milk price for 2013-14 another 30c to $7.80 per kg of milk solids, citing continuing strong international prices for dairy.

The increase, along with a previously announced estimated dividend of 32c per share, amounted to a forecast cash payout of $8.12. In late July, Fonterra lifted its forecast 50c from $7.

As a ''rough rule of thumb'', each 10c change in the milk price was worth $150 million in farm-gate revenue, ASB chief economist Nick Tuffley said.

The latest revision implied additional on-farm revenue of $450 million, with the combined revisions to date worth $1.2 billion.

A $7.80 forecast, combined with an estimated 2% production increase, implied a $3.15 billion farm-gate revenue increase from last season, when the milk price was $5.80 a kg, Mr Tuffley said.

Yesterday's announcement was positive news after what has been a difficult few weeks for the dairy giant after the whey contamination scare, which attracted international headlines and prompted a ministerial inquiry.

There have also been issues in Sri Lanka, Fonterra rejecting allegations its products contained dicyandiamide (DCD), a nitrification inhibitor used by the dairy industry to reduce nitrate leaching into waterways and greenhouse gas emissions.

While there had been some fallout from the whey contamination scare, it had not been enough to have a noticeable impact on prices and trade disruption had also been minor to date, Mr Tuffley said.

''We saw the previous milk price as comfortably achievable even if global prices had moderated over the rest of the season.

''This new price would also still be achievable if prices moderated slightly over the rest of the season,'' he said.

Fonterra achieved its highest-ever monthly revenue through the auction platform in August, selling 109,664 tonnes of product worth $685 million.

There would be no change to the advance rate announced in July, which started from $5.50kg/ms, as there were ''a number of uncertainties'' at this early stage in the season, he said.

An update on business performance would be provided when the co-operative announced its annual result on September 25.

In July, the increase in the forecast was described as an ''overdraft clearer'', allowing farmers to pay back credit lines extended to them during the drought.

Fonterra is required to consider its farm-gate milk price every quarter as a condition of the Dairy Industry Restructuring Act (DIRA).