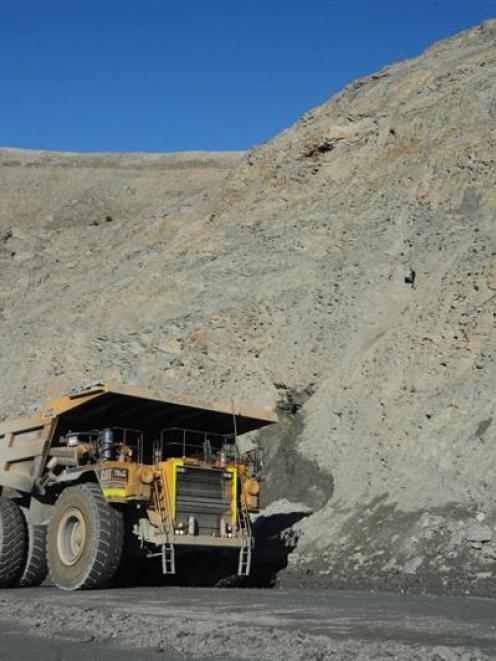 In mid-June, 21-year-old Oceana announced its overall New Zealand operations were expected to be extended by seven to eight years into 2018-19.

Part of the mine life extension includes granting of ongoing resource consents at Macraes to continue its mining operations. Oceana is appealing recent Environment Court-imposed conditions involving provision of a $2 million trust fund for the local community and an earlier proposal to maintain a heritage art park once mining is finished.

This calendar year, Oceana's forecast production is down slightly to 255,000-270,000 ounces, but combined with its development gold and copper mine in the northern Philippines, by 2016 Oceana is targeting annual gold production of 600,000 ounces.

Oceana chief executive Mick Wilkes said in a market statement yesterday that overall gold resource estimates for Frasers underground now stood at 745,000 ounces; with the Panel Two area resource up 25% to 602,000oz and the Lower Zone area at an estimated 77,000oz resource.

"Frasers underground mine life is expected to extend to at least 2017," Mr Wilkes said.

"The exploration programme over the past 12 months has been successful in considerably expanding the measured and indicated resources at Frasers underground, and it is expected to extend the mine life at that operation by at least another three years," he said.

Mr Wilkes said there would be ongoing diamond drilling exploration in the Panel 2 area, both from underground and surface drilling, which would continue to "test the fringes" of the Panel 2 area.

However, late last month Oceana lodged an appeal to the Environment Court, claiming some of the conditions imposed on the resource consents to expand its Macraes mine site were "unnecessary and onerous".

Among them was the requirement to operate, maintain and promote the existing artworks and heritage items as part of an updated Heritage and Art Park Management Plan until at least 2030, in addition to the requirement to establish a $2 million trust, transfer assets to the trust and provide funds to support the wider community.

If both parties agree, mediation could be the next step, but if they do not agree, a pre-hearing conference would be held before a new Environment Court date was set.

In mid-October, Oceana floated a long-term concept plan for a potential "superpit" open-cast mining operation at Macraes, which would require new, separate resource consents to be applied for if it went ahead.

During an earlier investor presentation in the United States, Mr Wilkes outlined the "Macraes Superpit Concept" where a larger open pit and new process plant could add 100,000oz of gold a year to production, plus production of a separate tungsten by-product.

The superpit concept would mean an expanded open pit, a new process plant and higher mining rate and ore throughput to gain 100,000oz of gold per year.

The estimated gold reserve in Macraes' open pits could increase from the present 1.53 million ounces to 2.6 million ounces; a 69.9% increase.