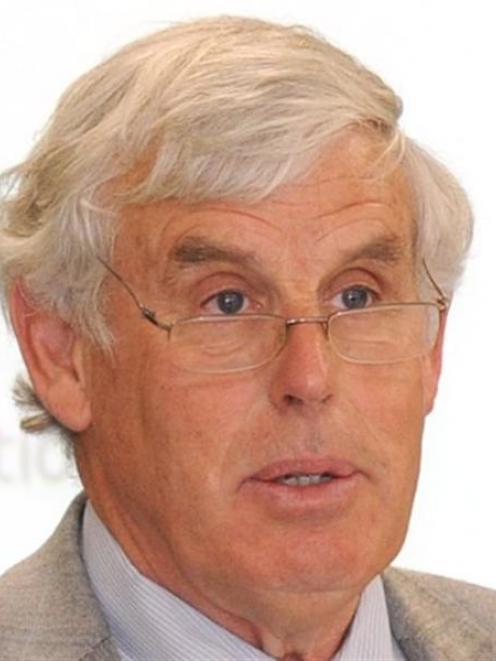 Dave Faulkner
Lyttelton Port of Christchurch (LPC) shares soared to a record high yesterday, prompting Port Otago to confirm that in February next year it will, for the first time, consider whether to sell its stake.

LPC shares spiked to a record $3.24 yesterday before easing to around $3, having briefly boosted Port Otago's contentious 15.5% stake by more than $13 million, to $51.2 million.

LPC announced on Thursday it had secured full and final payment of $450 million from its earthquake insurers.

Port Otago's stake was purchased for about $37 million in March 2006, effectively blocking the sale of LPC at the time, but no dividends have been paid since the earthquakes three years ago, raising questions over the value of the holding.

Port Otago, which does not have a director on LPC's board, has maintained it wanted to hold the stake long-term.

However, Mr Faulkner said given a gain of almost 40% on the shares, the Otago board would consider the holding when it met in early February for its annual strategy meeting.

While the $450 million insurance payout may appear to some as a war chest for development to rival Port Otago's plans, Mr Faulkner said he was ''not unduly concerned''

''The insurance payout takes them back to neutral, what they had before the earthquakes. They will just be replacing damaged infrastructure, wharves,'' he said.

LPC had signalled separate $500 million spending on port development in coming years, but Mr Faulkner said Port Otago had its own development plans, including channel widening, and ''was comfortable'' with its strategies.

The Christchurch City Council is the majority shareholder of LPC, with 75%, and would appear to be the logical buyer. Mr Faulkner said Port Otago would, in February, consider whether to initiate negotiations with the council.

Craigs Investment Partners broker Peter McIntyre said the market was likely to re-rate LPC positively, due to the insurance payout, and noted that while a record price was touched, it was on light volume.

In August, LPC recorded record freight volumes through Lyttelton and in a November market update, it had suggested some potential to pay dividends.

''LPC has been performing quite well, given it is in a [earthquake] damaged state,'' Mr McIntyre said.