Moving on to a life after Invermay 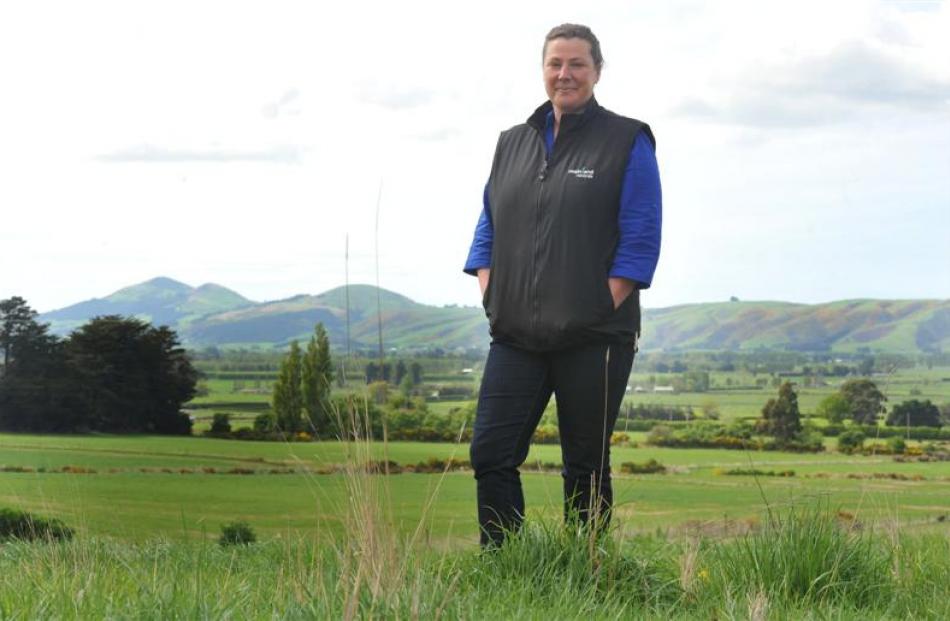 AgResearch's Invermay research centre has been a big part of Bronwyn Smaill's life.

Not only has she worked there, in two separate stints, but she also lived in a house on the Invermay farm for 10 years, moving out only three months ago when she and her husband Wayne built their ''dream home'' on the Taieri.

So when AgResearch announced its proposed restructuring, which involved concentrating research and administration in Palmerston North and Lincoln, the news was devastating.

Mrs Smaill (38) was faced with two choices - to stay at Invermay and continue with what she described as her ultimate job before moving to Canterbury, in about three years, leaving behind her new home, family and friends, or to move on and use her skills elsewhere.

Mrs Smaill was not bitter about the restructuring; rather, she was positive about embarking on a ''new chapter'' in her life.

Originally from Lee Stream and brought up on a farm, she started work at Invermay straight from leaving school, working in the soil fertility service and doing soil testing.

She worked there for five years and ''absolutely loved it'' before being made redundant. She then worked in the University of Otago anatomy department for 10 years before deciding she wanted to get back into the rural sector ''because that's where my heart lies''.

She worked in the laboratory with Prof Frank Griffin for seven months at the university, doing Johne's disease research, before the job as research associate came up at Invermay six years ago - her ''ultimate job''.

The position was with the reproduction group and the work was interesting. She was involved with various projects, including embryo survival in sheep, and had written several papers.

She spent about half her time in the field, working with animals and doing trials, and the other half in the laboratory.

''It was the perfect job, outside over summer, inside over winter,'' she laughed.

She worked with a ''fantastic'' group and the work they did was worthwhile, she said.

Everyone in the group was dedicated. ''I worked some incredibly long hours at AgResearch. I didn't do it because I was told I had to do it, I did it because I loved the research that was happening.''

Then came the well-signalled announcement from AgResearch - ''I knew the writing was on the wall'' - and she was faced with making a decision about her future.

Moving to Canterbury was not an option for Mr and Mrs Smaill who were committed to Otago, particularly the Taieri where they both had strong ties.

They had bought 16ha of land at Maungatua two years ago, where they have built their new home.

They could never afford to buy an equivalent property in Christchurch and there was also their lifestyle, along with family and friends they did not want to leave.

Mr Smaill, the newly-elected president of the Otago-Taieri A&P Society, was also Otago born and bred, originally from Lawrence.

He has worked on the farm at Invermay for the past 20 years, with that milestone officially marked earlier this week. His position was unaffected by the restructuring and he loved his job, Mrs Smaill said.

Joining Mainland Minerals was a big change for her, as she had never been involved in sales, but she was enthusiastic about the job.

''Actually getting out there and being with farmers, that's me. It was really daunting going to an interview where you know that you've got the rural background but sales, for me, is completely non-existent.

''It was convincing them that I can talk the talk that farmers can talk and I understand what their needs are. I think that's a big advantage to a position like that.''

Mrs Smaill was able to work from home, using her new office, and use her many connections in the farming industry.

From their home, she was able to look straight down the Taieri Plain to the Invermay farm which was home for a decade.

''It was a lifestyle for us. AgResearch was our life, basically. At the end of the day, I walked out the door, up a hill and was home.''

She would be maintaining an interest with what happened at Invermay; she still had her ties there, with her husband working there, along with friends, and through her new job, she would need to look at what research was being done.