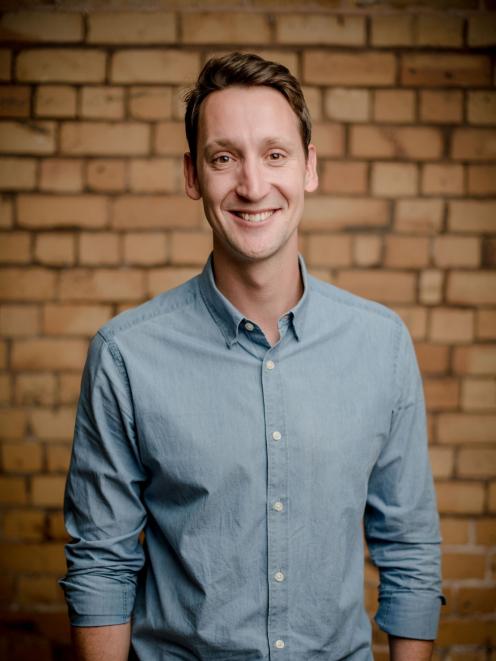 Dave Cameron’s online learning business had its roots in Dunedin. PHOTO: SUPPLIED
When Dave Cameron got his first teaching job at Otago Boys’ High School in 2010, little did he know he would one day swap the classroom for the boardroom.

It was his first job out of teachers college for the then 22-year-old maths teacher and he was nervous about whether he would get any respect, given he was only a few years older than some pupils. But his fears were unfounded and he fondly recalls his time at the school.

It was at Otago Boys’ that the foundation was inadvertently laid for the now Auckland-based online learning platform LearnCoach that he founded and is now chief executive of — and that reached more than 50% of the NCEA population during Covid-19 lockdown.

He found pupils at the school were asking for help; one pupil he was helping, for less than 15 minutes a day, went from failing to passing tests.

At the same time, his younger brother was struggling at school and he tutored him to help him through NCEA. His brother went on to gain a scholarship for a university in the United States.

It got Mr Cameron thinking about running some group tutorials, so he started holding weekend tutorials at the University of Otago, involving pupils from other schools as well, and about 150 were turning up.

Quipping that he was getting "tired and poor" from doing that, he recorded himself on video and put it on a website called LearnCoach.

After about six weeks, it was being used by about 3000 pupils around the country — "it was just crazy" — as he used simple technology to break down both geographic and time boundaries.

LearnCoach then went on the backburner until 2016. In the interim, he ran a startup doing English teaching to Chinese and Indian students wanting to travel abroad.

That meant he was learning about startups and business and raising capital — all skills that teachers mostly had "no idea" about, he said.

But LearnCoach was his passion project and, instead of being a project on the side, it got him wondering if it could be a full-time role.

As he started to put more courses out, more people flocked to it and it has now grown to employ a team of 14.

In late 2018, investors stumped up $1.5 million, which allowed LearnCoach to hire more people, make more courses and improve the technology.

Lockdown earlier this year was "definitely a silver lining" for the business, although Mr Cameron said the growth during that time "almost came with a guilty feeling" when he saw other companies struggling.

LearnCoach launched virtual classrooms for secondary schools throughout the country, ensuring pupils kept up to date with their NCEA study.

About 2000 teachers set up classes and they could monitor and support those classes while the pupils learned from home.

Mr Cameron acknowledged it had been a "big scramble" at the start of lockdown to create the platform.

It was an "understatement" to say his team had stepped up; many late nights and much overtime were involved.

But it was also very rewarding to give young people access to education, who would not have had it otherwise.

While his focus now was on digital education, Mr Cameron missed the personal interaction with students in the classroom. However, with his business, he was also having a much greater reach.

Always a teacher first, even in his business decisions he thought about what made a great experience for pupils; that also had to be balanced with cost and whether it was easy for schools to implement.

His pathway through business had been interesting and the biggest learning had been about turning something that was a service into a product.

He admitted he could get "very carried away" with the vision of where things could go with LearnCoach but there were a lot of steps between now and where the company wanted to be.

It was a matter of taking it step by step "and don’t bite off more than we can chew".

However, it was also a deeply exciting thing to imagine what the future might look like for education and then try to build it.