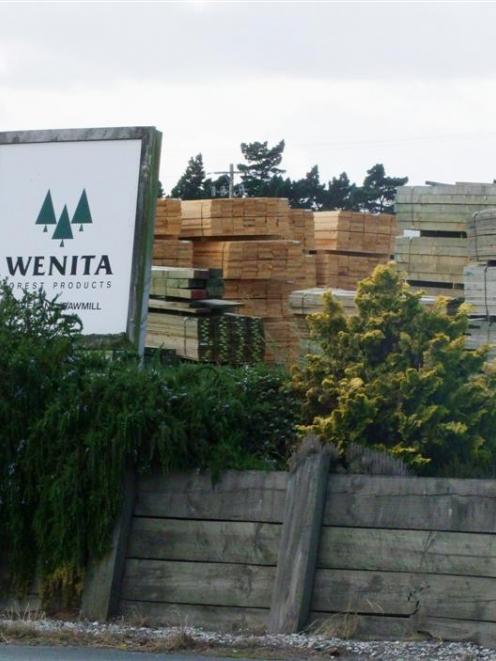 Wenita Forest Products' forest development programme is on hold, shedding five silviculture contractors who employ about 35 people, while Ernslaw One has cut its replanting programme by two-thirds and stopped pruning.

Some Otago silviculture specialists are now contracting in Australia to make ends meet, as work dries up around the South Island and becomes more competitive.

Phil De La Mare is chief executive of Malaysian-owned Ernslaw One, with 25,000ha of forests in Otago and Southland and 75,000ha in the North Island.

He said yesterday all pruning had stopped on forests, and 66% of annual replanting had been put on hold, as the company steers away from running at a loss.

"This is the worst I've seen in 19 years. It's about having survival strategies for all exporters at the moment."

Wenita chief executive Rodger Hancock was contacted yesterday and confirmed suspension of the silviculture programme and job losses, noting the work done by the contractors' staff was equal to five full-time staff over 12 months.

Freight, fuel and operating costs, as well as the spiralling New Zealand dollar, had all contributed to suspension of the silviculture programme, which grows and plants seedlings followed by pruning and thinning, on Wenita's 25,000ha of forests around Otago.

"It is more of the same at present for us; weathering the storm," Mr Hancock said of the hard-hit forest sector, which has recently shed hundreds of jobs around the country.

Steve Johnson, of Johnson Forestry Services, was Wenita's principal contractor, and was yesterday leaving for Australia with a crew of 14 for three weeks' silviculture work planting at Mt Gambia, near Adelaide.

It would be the second annual visit within a three-year contract.

Staffing during the past 12 months has gone from 26 to the present 16, with the "likelihood" of a further six staff having to be laid off after the Australian contract, Mr Johnson said yesterday.

"It [work contracts] is still a see-saw. North Island contractors are now coming here, as everyone's looking for work," he said.

While the company was able to trade on being awarded New Zealand Forest Company of the Year in 2008, Mr Johnson said contracting in Winton, and occasionally for councils, was "keeping us in work".

However, the down side to finding work further afield, such as in Kaikoura and the West Coast, was that the partners of staff tired of the repetition of long absences, and workers left for other jobs.

"We're then losing people with a lot of experience, and that is hard to replace," Mr Johnson said.

Mr De La Mare said staffing at Ernslaw had not been affected and many had been redeployed to other duties within the company.

He was confident Ernslaw would "be in the black" financially and not turn a loss.

While stopping pruning and replanting only one-third of the intended programme was "a desperate measure", the sector was facing its hardest year, he said.

While global sawn timber and log demand was depressed, US-Chinese-owned Wenita wanted to increase production at present because China was buying more New Zealand imports instead of the usual Russian, which was creating increased demand, he said.