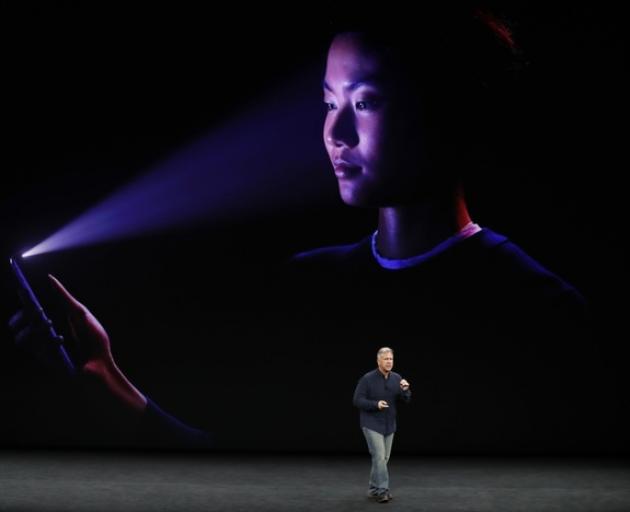 The phone features wireless charging, an infrared camera and hardware for facial recognition, which replaces the fingerprint sensor for unlocking the phone. Photo: Reuters

Apple Inc today rolled out its much-anticipated iPhone X, a redesigned product of glass and stainless steel with an edge-to-edge display that Chief Executive Tim Cook called "the biggest leap forward since the original iPhone."

The phone features wireless charging, an infrared camera and hardware for facial recognition, which replaces the fingerprint sensor for unlocking the phone. The home button found on previous iPhones is also gone, and users instead tap the device to wake it up.

Apple normally ships new products within a week or two of announcing them, though Cook said the later date was consistent with earlier guidance to investors.

"It's great to have a product but we'd have liked it sooner rather than later, more like the beginning of October or mid- October," said Kim Forrest, senior equity research analyst at Fort Pitt Capital Group in Pittsburgh.

Apple shares were last down 0.6%. They had traded as much as 1% higher during the launch event.

iPhone 8 Plus, iPhone X and iPhone 8 models are displayed during an Apple launch event in Cupertino. Photo: Reuters

The company has sold more than 1.2 billion iPhones over the past decade and ushered in the era of mobile computing, but last year had a substantial decline in revenue as many consumers rejected the iPhone 7 as being too similar to the iPhone 6.

The screen on the iPhone X is about the size of the current iPhone 7 plus, though the phone is smaller. It features richer colors thanks to a new technology called OLED that other vendors such as Samsung are also rolling out.

But in an embarrassing moment for Apple senior vice president Craig Federighi, the face ID unlocking did not work on his first attempt during the on-stage presentation.

Apple also introduced the iPhone 8 and iPhone 8 Plus, which resemble the iPhone 7 line but have a glass back for wireless charging.

The company also introduced an upgraded Apple Watch, which can make phone calls and access the internet without the user carrying an iPhone. The Series 3 watch will cost $529.

Apple did not provide sales figures for its watches, but Cook said sales had risen 50% from the year before and that the Apple Watch was now the best-selling watch in the world.

Gene Munster, an analyst with Loup Ventures, believes sales of the watch could double or even triple because of the new connectivity.

An upgraded Apple TV will support the high resolution display known as 4K and will feature more programming options as Apple steps up efforts to cut content deals and produce its own shows.