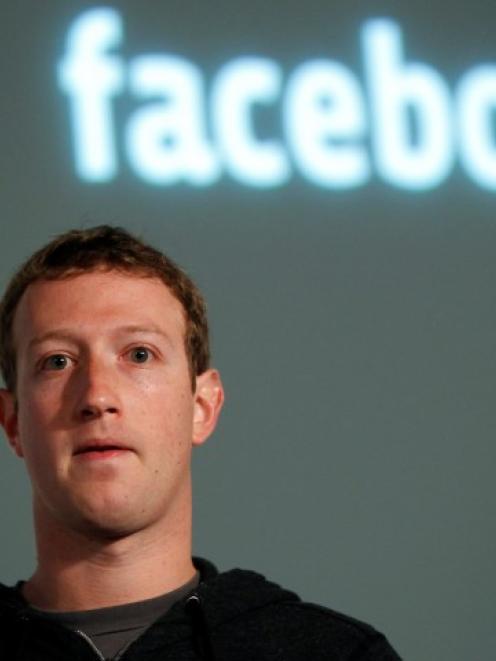 Facebook CEO Mark Zuckerberg listens to a question after introducing a new feature called 'Graph Search' during a media event at Facebook headquarters in Menlo Park, California. REUTERS/Robert Galbraith
Facebook Inc CEO Mark Zuckerberg has unveiled a feature to help its billion-plus users search for people and places within the social network, in the company's first major product launch event since its May initial public offering.

Speaking to reporters at its Menlo Park, California headquarters, Zuckerberg described what he called "graph search," which allows users to sort through content that has been shared with them.

Available as a "beta" or early version now, the new feature - dubbed "graph search" because Facebook refers to its growing content, data and membership as the "social graph" - will initially let users sort through mainly photographs, people, places and members' interests, he added.

"You need to be able to ask the query, like, who are my friends in San Francisco," Zuckerberg said.

The world's largest online social network, Facebook is moving to regain Wall Street's confidence in the wake of a rocky IPO and concerns about its long-term money-making prospects.

Speculation had approached fever pitch over the past week about what Facebook planned to reveal in its highest-profile news briefing since its market debut. Guesses had ranged from a long-rumored smartphone to a full Web-search product.

That anticipation, as well as expectations of strong fourth-quarter financial results, have helped drive up Facebook's stock. Its shares are up more than 15 percent since the start of the year.