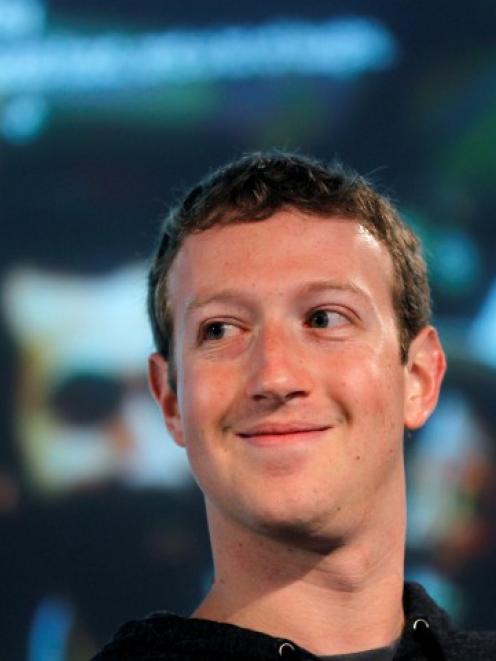 Facebook CEO Mark Zuckerberg listens to a question during a media event at Facebook headquarters in Menlo Park, California. REUTERS/Robert Galbraith
Facebook Inc has introduced a visually richer, mobile device-oriented "newsfeed", in the most significant changes to date for the social network's most recognizable feature.

The changes to the newsfeed, whose look and feel has remained largely unchanged since its inception, include a division into several sections, with separate areas for photographs and music. They will begin rolling out in limited fashion from Thursday.

The overhaul, which standardizes the feed across mobile devices and desktop computers, is designed to keep users active and interacting as well as appeal to advertisers, as Facebook battles Google Inc for Internet market share.

CEO Mark Zuckerberg had singled out the feature as in need of a makeover as recently as January, when the company introduced "graph search" to address inadequacies in allowing users to trawl for information across the world's largest social network.

Facebook's newsfeed, an ever-changing stream of photos, videos and comments uploaded from friends, is the first page most users see upon logging in. It is one of three "pillars" of the service, along with search and user profiles.

The last major update to the feature occurred in September 2011. Since then, the company has incorporated ads directly into the feed and has shifted its focus to creating "mobile-first experiences," because more people now access the social network from smartphones and desktops than from desktop computers.

The addition of advertising, however, prompted complaints from users who preferred an unblemished stream of personally relevant comments, underscoring the difficulty in balancing advertiser-friendly formats - such as larger images - with keeping its 1 billion-plus members engaged.

The world's largest social network is moving to regain Wall Street's confidence after a botched IPO last year, addressing concerns about its long-term prospects - many of which center on an industry-wide shift toward the use of mobile devices.

Facebook shares, which are still more than a quarter off their IPO price of $38, were up 2 percent at $27.99 on Thursday afternoon on the Nasdaq.

Facebook and Google, which both got their start on desktop computers, are now managing a transition of their products onto smartphones and tablets, which typically yield less revenue than on PCs.

The two Internet mainstays are also waging a war for revenue in mobile advertising - a market that is still small compared with the traditional desktop but that is growing exponentially.

In terms of overall mobile advertising, Google commanded a 53.5 percent share in 2012, aided by its dominance in search-based ads. Facebook had just 8.4 percent, a distant runner-up, according to estimates from research house eMarketer.

But in terms of mobile display ad sales, Facebook narrowly edges out its rival with 18.4 percent of the market versus Google's 17 percent, the research outfit estimated.