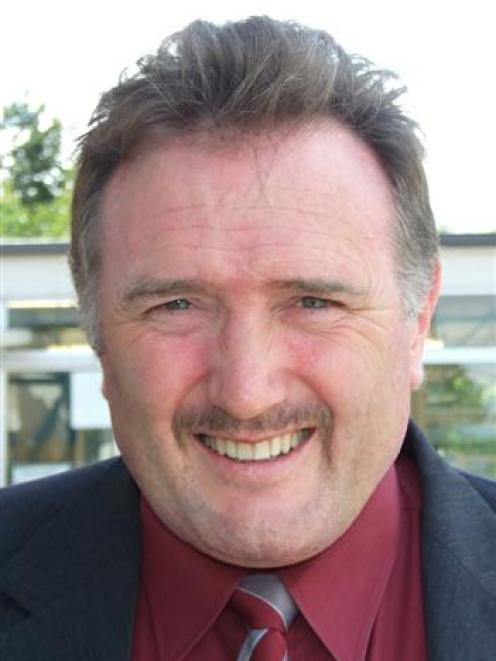 Chris Morris
The Rosebank Primary School in Balclutha has assured parents there are no safety issues about electromagnetic radiation levels emitted by the school's Wi-Fi computer network, installed last September.

Two families are known to have withdrawn their children from the school in February and a third family joined them this week, citing concern about health risks.

But in a four-page newsletter, issued to parents by the school's Board of Trustees on Thursday, the school insists the results of a National Radiation Laboratory test of equipment, carried out on January 20, prove the equipment complies with the relevant regulations and operates at "very safe levels of electromagnetic radiation".

Principal Chris Morris confirmed six children had been withdrawn from the school over this issue so far.

"The school respects the rights of parents to make decisions.

"We are sad and disappointed, but we respect people's right to choose. We've spent a considerable amount of time and money [$4410] investigating the process."

Parent Kim Cruse said she would like the school to be more receptive to hearing parents' concerns, and to look at all the evidence presented from both sides.

The Wi-Fi equipment was installed at the school last September, following recommendations in the Rosebank ERO report to upgrade the Information and Communications Technology system.

The Ministry of Education, in an email response to questions from the Otago Daily Times this week, said the installation of wireless networks was a "local issue for schools and they are not required to inform the Ministry if they are installing such a network".

Boards of trustees were required to provide a "safe and secure environment for pupils and teachers - they are therefore expected to purchase and install products that meet the international guidelines for wireless radiation."

After receiving several letters on the issue at Rosebank, the ministry believed the school management and board had "responded in an appropriate manner".

The Rosebank board will survey the school community on Monday to gauge opinion on the issue and how it has been handled.

It has offered to pass on any scientific articles to parents who request them.

David and Julia Hunter, who removed their child at the beginning of the school term, are seeking legal advice over being publicly named by the school in this week's newsletter.


• Wi-Fi
> Wireless networks use radio waves to transmit data.
> Wireless adapters inside computers translate data into radio signals, and transmit via an antenna.
> The radio signals are received by a router and decoded back into data.