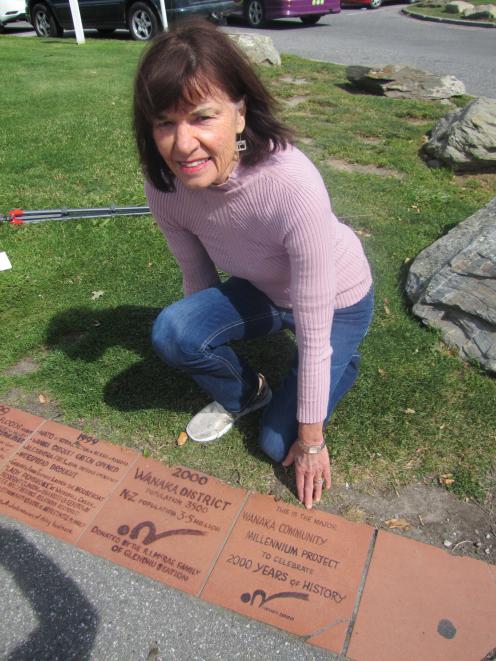 Wanaka resident Liz Hall told the Otago Daily Times she was told by a Queenstown Lakes District Council staff member last week the tiles were to be removed as part of the redevelopment of the lakefront.

''They don't want this path along the lakefront at all.

As a council community development officer during millennium celebrations, Ms Hall was instrumental in getting the $39,000 walkway project completed in November 2001.

Some of it was paid for by the Community Trust of Otago.

Chairman of the trust and a district councillor Ross McRobie told the ODT on Friday he was ''never under the impression'' the walkway was going to be removed.

Cr McRobie said the council was ''looking at options'', one of which was to move the undamaged tiles elsewhere, possibly to Pembroke Park, which is across Mt Aspiring Rd from the lakefront.

The council has not yet responded to a request for clarification.

More than 200 individuals and businesses paid $100 each for tiles which were hand-painted with a black glaze by a team of 30 volunteers.

''It was an amazing community effort,'' Ms Hall said.

''So many people got involved and everyone was very enthusiastic.''

Wanaka Residents' Association president Roger Gardiner, who has been involved in repairing the tiles, said he was disappointed at the suggestion the walkway might be removed.

Many of the tiles were broken or had lost some of their writing, he said.

''Liz cares, I care ... but if you took a poll in the main street and said 'are you concerned about the millennium tiles?', I guarantee most people would say 'I don't know what you are talking about'.''

He believed if the condition of the tiles had been better, the council would have moved them, but that was ''almost impossible'' because they were laid in concrete and were ''quite fragile''.

Make some sort of wall thing and put them on that instead.