Owners of more than 250 Invercargill and Bluff buildings will have to pay for an engineer's assessment to determine whether their property is earthquake-prone.

This was prompted by new legislation passed in July 2017 that changed the criteria for assessing buildings to establish whether they might be earthquake-prone.

Invercargill City Council development liaison manager Simon Tonkin said assessments of buildings, as per the requirements of the Building Act, were undertaken on 366 buildings to find whether they would require the further engineer's assessment.

Invercargill was considered to be a "medium-risk" zone for earthquakes, which meant the council had to determine "priority areas" in Invercargill and Bluff.

Of the 23 blocks determined to be "priority areas", Mr Tonkin said 16 had had initial assessments since August 2018.

Mr Tonkin said the first step was to check property files to see whether a building had undergone earthquake-strengthening.

The next step was to check each building against specific criteria outlined in the Earthquake Methodology to see if an engineer's assessment was necessary.

"If council determines a building may be earthquake-prone according to the specific criteria, building owners are notified that they must provide an engineering assessment. This assessment is then provided to council. If required, council staff will next issue an earthquake-prone notice."

Mr Tonkin said so far there had been 40 engineer's assessments received, with 21 earthquake-prone notices subsequently issued.

The owner is given 12 months to provide the report, but can apply for an extension.

According to the Building Act 2004, once notified, owners in an area of medium seismic risk have 12 years and six months for a priority building and 25 years for any other building to complete any seismic work needed. 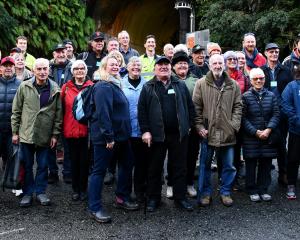 Given the number of previously unknown faultlines found after the Christchurch and Kaikora ... it's probably fair to say ALL buildings in New Zealand are at risk.

Geologists and other sciences have been unable to determine where all faultlines are in NZ, or when mother nature will have another hissy-fit.

I think there are a few organisations out there using 100% pure guesswork to line their own pockets at the expense of those who can't afford it and I'd bet that the insurance sector is using this guesswork as a reason for increasing premiums and/or declining to insure some properties.

There are already reports coming out from some city / district councils that are being noted on "possible" future events ... South Dunedin is one area where reports are stating the possibility of flooding and or liquefaction of land due to climate change or earthquake. When this goes onto official documents, e.g., LIM reports, it not only devalues the properties concerned, but also increases insurance costs.