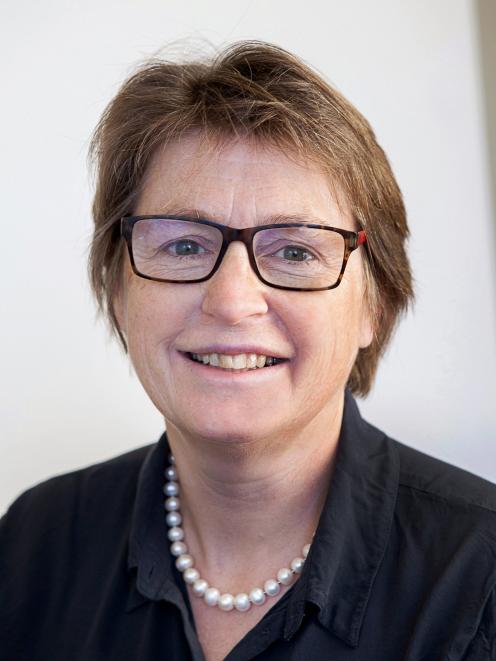 Kate Wilson
When Dunedin city councillor Kate Wilson admitted her procedural motion at the council last week was ''not my proudest moment'', she was correct.

However much councillors are fed up with Cr Lee Vandervis, however much they believe Cr Vandervis ''harassed, abused and bullied'' staff, a majority of councillors themselves abused local democracy. They took a standing order which would appear to be designed to curtail interminable debate and used it to stop any discussion at all.

Cr David Benson-Pope was seeking to reverse the council's 2017 decision for staff to investigate a unitary council for the city. This investigation into a possible merger between the city and the Otago Regional Council had been pushed by Cr Vandervis. This had not happened, prompting a flurry of emails last month between Cr Vandervis, council chief executive Sue Bidrose and Mayor Dave Cull.

Cr Benson-Pope moved to delay any report, speaking to the reasons behind changing the council's view and the 2017 policy. This was followed immediately by Cr Wilson's motion, carried 9-5, motivating Cr Vandervis to pack his bag and leave the meeting.

Technically, those supporting the procedural motion might have been in ''order''. But their behaviour was like a cricket bowler who runs out a backing up batsman without warning (the ''Mankad''), or a football team that carries on playing and scores a goal when a player from the other team is down injured.

Morally, Cr David Benson-Pope, Cr Wilson, the mayor and several councillors who supported Cr Wilson's motion were wrong - even if their frustrations were understandable.

Cr Vandervis, who has alienated just about every councillor at one time or another, as well as many council staff, had an unlikely mix of backers in Crs Jim O'Malley, Aaron Hawkins, Rachel Elder and Andrew Whiley.

Cr Vandervis had reasonable expectations council staff would carry out what elected members had decided. That is their role.

However, Dr Bidrose, in a reply to a Cr Vandervis email, said the decision not to pursue the matter was based on workloads and the need to preserve the improving relationship with the regional council. Notably, she said her view had been presented to councillors, including Cr Vandervis, at a non-public executive team/councillor meeting ''to seek councillors' comfort'' with her decision.

Cr Vandervis, in turn, had a point when - in his emails - he complained about the use of such meetings to ''gain approval'' for decisions outside proper process.

A public reversal of the council decision was required. Cr Benson-Pope's motion did that. But the opportunity for debate in public is also required if councils are to be properly democratic.

So Cr Vandervis was entitled to ask, and publicly, why the 2017 decision had not been carried out.

Unfortunately, Cr Vandervis' style in doing so follows a checkered history of aggressive approaches. It is always difficult for councillors on the outer, the rebels who play an important role questioning and challenging the council establishment view. What a shame Cr Vandervis cannot perform this function in a less antagonistic way.

There is no doubt a proper review on a council merger would take much time and effort, and the chief executive has to juggle priorities. One has to wonder, too, if - whatever the value of a unitary authority - progress towards a combined council is practicable given the diverse interests and geography across Otago.

Nonetheless, a debate should have taken place after Cr Benson-Pope's motion. No matter how ''sick of'' the tone of Cr Vandervis' emails some councillors are, no matter how ''deplorable'' some find his attitude to staff, councillors must have the chance to publicly debate such matters. A cunning tactical manoeuvre to shut that down was itself deplorable.

Cr Wilson - who while erring in this instance is widely respected - said she did not want good debate drowned out with really negative comments. And she did not want to see ''someone who gets angry'' continuing to feature ''on the front page of the ODT''.

How ironic that Cr Benson-Pope and her actions propelled Cr Vandervis to feature far more than he would have otherwise.

I wonder how much of Mr Vandervis' "being aggressive" is down to him not pandering to feelings or political correctness and him instead just telling it straight up. There are a lot of people these days -perhaps too many - who are more concerned about how feelings might be hurt rather than asking the questions which need to be asked.

The gender of the recipient should have no bearing on how one treats them so why are you pointing out that the colleague is female? Should one never strongly question any female regarding why they didn't do their job because to do so would be not showing them respect?

democracy is not about tone of voice.

Cr Benson-Pope, i seem to remember, voted FOR Cr Vandervis’ original motion. He may have even seconded it. So i wonder what was going on behind the scenes that he should have later made a Notice of Motion to reverse the earlier decision. It is hard not to suspect that there may have been something going on behind the scenes with a number of people wanting to engineer or otherwise manipulate a reversal of the DCC’s original collective formal legal decision to investigate the possibility of a unitary council here instead of a separate city council and regional council. Whatever was going on, it was NOT transparent.

"When Dunedin city councillor Kate Wilson admitted her procedural motion at the council last week was ''not my proudest moment'', she was correct".
I'll say it wasn't.
I would rather see people in council debate the issues rather than hoodwink other councillors because they don't like them and for council staff to do what is asked of them instead of fobbing it off.

I would still like to know which councilors or council staff decided to ignore councils wishes and not undertake the original investigation.
Such a decision displays astounding arrogance. And I suspect is illegal.
When a decision is made by whole of council, it is not right that some group decides to override that decision for whatever reason. It is well time New Zealand had an anti corruption body to investigate cases such as this.