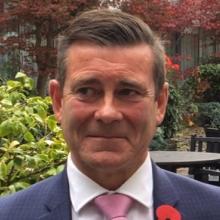 She and her family have since moved permanently to Australia, where the drug she needs is provided for free.

Ms Johnstone received her first treatment on May 30, Budget day in New Zealand.

"I know something of this situation. I've met Claudine Johnstone, and I know these things are very, very difficult," Dr Clark said, adding that the Government was committed to improving health services.

Mr Woodhouse then, to howls of complaint from the Government benches, quoted from a class talk given by Ms Johnstone's 8-year-old daughter, which said Dr Clark "promised that if he was in Government, he would make cancer care in Aotearoa better, but he lied".

Dr Clark expressed concern but later said he felt Mr Woodhouse was trying to trivialise the issue of cancer treatment.

Mr Jones, himself a cancer survivor, said no-one should attempt to make political gain out of the illness, and Mr Woodhouse had "disgracefully" used the family's suffering for political gain.

"That not only lowers the tone of the House, but I think it is very unfair on those New Zealand families [that they] should be used in such a grubby political manner."

National education spokeswoman Nikki Kaye, who took leave from Parliament in 2016 when diagnosed with breast cancer, said many people lobbied MPs to have their cases raised in Parliament.

"That is their right as democratic citizens and that happens all the time as constituency MPs.

"I would hate to think that our democracy was curbed in this area and that members of Parliament could not feel that they could raise those constituency cases."

Mr Woodhouse said all his questions used quotations in the public domain, from cancer patients who had spoken to the media or Parliament's health select committee.

"These patients have an expectation that the Opposition will compare the descriptions of wellbeing that have been articulated by the Government with their lived experience, and I stand by every one of those questions."

Speaker Trevor Mallard said it was a political decision to raise people's health issues, and he thought it was a good idea to "de-escalate" the use of the House in that way.

Typical.
When you can’t win the argument with logic and facts, attack the messengers moral standing.
This is typical of SJW types because they are so convinced of the moral superiority of their beliefs, over everyone else’s, that the only reason someone would present facts that prove their stand is wrong, is because they are a low life, not worthy of a factual counter point.
Good work Woodhouse.
As for Mallard joining in on the character assassination with his statement “ it was a political decision to raise people's health issues, and he thought it was a good idea to "de-escalate" the use of the House in that way.”
Where does he suggest people escalate their concerns? On the streets !!!
Has he learnt nothing from the French and Hong Kong experience !!!
Does Labour want to reduce the NZ political process to that ?