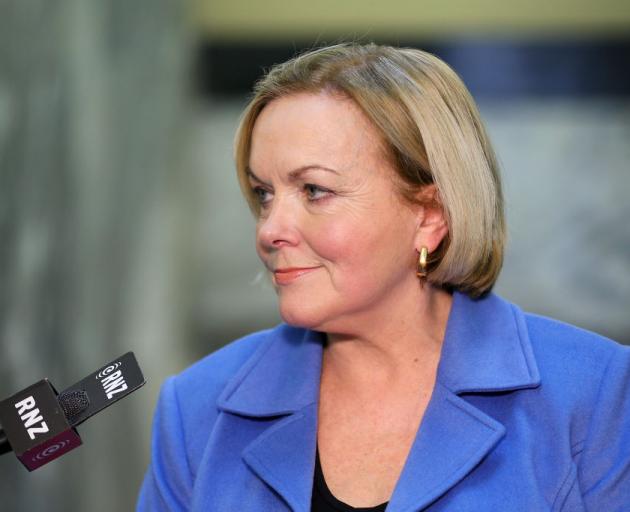 Judith Collins’ National Party would keep taxes at current rates with short-term adjustments to thresholds to release cash into the economy. PHOTO: GETTY IMAGES
With the general election just around the corner, New Zealanders have waited with a degree of anticipation for political parties to release their tax policies in the wake of the Covid-19 pandemic and associated economic downturn.

For the last four elections, their respective tax policies have been a crucial differentiator and point of contention.

The wait is now over, with National’s recent release of their tax policy closing out the pack.

Labour disclosed their tax policy with the lead line of no income tax changes for 98% of Kiwis.

Policy changes include a new top tax rate of 39% applicable to personal income earned over $180,000.

The party has forecasted that the policy is to generate $550million of revenue a year.

Labour has advised that there will be no new taxes and there will not be a raise to fuel taxes.

The party also aims to close tax "loopholes" to ensure that multinational corporations are paying the right amount of tax in New Zealand, rather than moving profits offshore, but this is less likely to happen unilaterally outside action at an OECD level.

One could argue that Labour’s tax policy is erring on the safe side so as to not rock the boat with voters in the current climate.

Considering the large borrowings of late, the policy of no income tax changes for 98% of Kiwis is considered by some commentators to be too soft a measure, and there is surprise there is not more of a focus on taxing wealth and/or capital, while some are speculating that wider tax measures would be introduced later down the track, with more New Zealanders to be impacted.

The reality is this is smart politics by Labour, signalling a "light" targeting of high-income earners who probably do not vote Labour anyway, within the context of the PM’s stance of no capital gains tax on her watch.

The National Party’s tax policies aim to keep taxes at current rates but with short-term (15 months) adjustments to thresholds to release cash into the economy, pause any fuel tax increases for three years, and adjust income tax brackets for inflation within the next three years.

Further, National would restrict eligibility for the Best Start payment for families with children under 1 year old.

Finally, National has proposed a $150K threshold for immediate deductibility of capital expenditure on tangible assets, and double depreciation above that, to drive investment by business, although it does not seem to help the soft-tech sector in investing money on intangible assets.

This overall policy framework is probably even more predictable than Labour’s policy, and assumes New Zealand’s ability to repay Covid debt and deal with burgeoning health/superannuation costs over time as population demographics change can be funded out of spending cuts and extra tax revenue arising from economic growth, partly stimulated by short-term tax cuts.

The Green Party seeks to introduce a guaranteed minimum weekly income of $325 for every person not in full-time paid work.

The Green Party also wishes to establish an Ecological Tax Commission, tasked with researching and providing recommendations on eco-taxes and wishes to introduce a tax-free threshold on income up to $10,000.

Both Winston Peters and David Seymour have labelled the Green income tax and wealth tax policy an envy tax.

Ironically, the income tax component is the most transformational tax policy, but probably just too harsh on the productive sector, technically complex and unworkable, and arguably structured as punishment for success.

Grant Robertson has ruled out Labour ever agreeing to this, so it is probably moot.

The Act party is proposing to keep income taxes unchanged; however, they wish to allocate 0.55% of tax paid to a ring-fenced employment insurance fund.

In the case that a taxpayer lost employment, the fund would be used to entitle them to a claim of 55% of their average weekly earnings over the previous 52 weeks (to a maximum of $60,000).

They also wish to reduce GST to 10% until June 2021, and also propose the abolition of the Best Start payment for families with children under 1 year old.

Again, it is a reasonably predictable position given their philosophical view that less government is better.

All-in-all, while the various parties have probably merely confirmed their philosophical leanings, tax policy is unlikely to be a key driver to many voters’ decision-making outcomes this election, and there probably will not be a repeat of the "Cunliffe Trust-gate" moments on national TV.

This can only help Labour, as it is they who have scored the most tax policy own-goals in previous elections.

World's richest 1% (anyone earning over $100,000 US) cause double CO2 emissions of poorest 50%, says Oxfam.
The rich need to be taxed more for the damage they are causing to the planet.

Are you suggesting that we tax everyone here in NZ and send the money to third world countries? Practically no one living in NZ will fall into the poorest 50% category, globally speaking.

I wouldn’t base my entire argument on the information presented by Oxfarm. The CATO Institute recently looked at several Oxfarm claims and concluded: “Oxfam increasingly pollutes our discourse with phony statistics and false narratives in a highly politicised way. I don’t believe for a minute your quote: “World's richest 1% (anyone earning over $100,000 US) cause double CO2 emissions of poorest 50%, says Oxfam.” Investopedia states that to be considered part of the top 1% in the US it takes $488,000 USD; and $300,000 USD for the rest of the world. The $100,000 USD you quoted is flat wrong! With regards to the CO2 claim. China is the largest producer of CO2 with 10.06 GT. The average income in China is $10,220 USD. Given the number of people and the volume of CO2, the claim you make is absurd. Mathematically impossible. Again, the Oxfarm Figures are flat wrong! Investopedia figures show that the top 10 percent of income earners pay almost 70 percent of all taxes. I disagree with your assessment, I think the rich shouldn’t have to pay any more in taxes than you or me. We all should pay the same rate regardless of income earned. The rich provide jobs and other trickle down benifits.

Totally agree! I started to work out the math on that and it doesn't add up!

I'm only interested in commenting on your last sentence.
You Make two statements. First the rich provide jobs. Yes. So what? They're not providing jobs for the benefit of the community, they're doing it to make themselves richer. It's the workers in those jobs that make the rich, rich. The rich are entirely dependent on their employees working for, comparatively, minuscule wages to make them rich. If they did not have people prepared to do this they would go bust, practically overnight.
The second statement is that in addition to jobs the rich provide other trickle down benefits. No they don't. That's a fiction that is without any supporting evidence whatsoever. It's just BS. They provide jobs. That's it.
You need to read Adam Smith upon whose theories our capitalist system is based.