And Mr Woodhouse said the council’s stance was "confusing" — on the one hand it wants a central city rebuild, but it granted the Accident Compensation Corporation the right to consider  buying  the Frederick St car park. 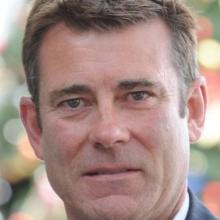 ACC has a 12-month timeframe to look at development options for the site.

"I can’t reconcile their determination and their campaign to have the hospital rebuild more or less where it presently is with their commitment to another organisation to sell a piece of land that could be a material part of the plan, and that’s the Frederick St car park.

"If they withdraw from that [with ACC] I have no doubt that would come at some cost to the ratepayer."

Mr Woodhouse is also ACC Minister, and he made it clear he was speaking as a local MP. Mr Woodhouse said he had been unable to get clear answers from the council about whether the deal would be difficult to get out of. The council-owned car park sits close to the hospital and had earlier been earmarked for a future hospital campus.

In December, Cr Damian Newell told the Otago Daily Times the council could pull out if the site was needed for the hospital campus. Site options are short, and the Government has refused to guarantee a central city build.

Mr Woodhouse said decisions on the site would come later.

"It’s a process that’s well under way and therefore one has to question the motives behind the campaign and, in fact, the people behind it.

"It’s clearly been started by a former Labour MP who’s now a councillor, supported strongly by present Labour MPs who see an opportunity to create a win and proclaim some kind of forcing of the Government’s hand when nothing could be further from the truth," Mr Woodhouse said.

But  he admitted the campaign could sway the National-led Government if it got traction ahead of the election: "Anything’s possible."

"The fact that there’s an election at the end of the year has given my friends on the other side the opportunity to create a platform for a campaign, and I’m sure they’re quite pleased about that," Mr Woodhouse said.

Cr Benson-Pope said Mr Woodhouse was likely feeling heat from the campaign, and was being "silly" in his comments about the Frederick St car park.

Cr Benson-Pope rubbished Mr Woodhouse’s assertions that he got confusing answers from the council.

"He was told absolutely by the mayor [and staff] what the situation was in respect of ACC.

"And by the way, he’s the Minister for ACC, so he should be able to find out what the agreement is."

Cr Benson-Pope said Mr Woodhouse should focus on the issues rather than personalities.

"I’m sure Mr Woodhouse is already receiving emails as a result of our efforts . . . so I’m not surprised he’s uncomfortable."

Cr Benson-Pope launched the campaign with other councillors outside The Fix cafe in Frederick St yesterday. The campaign is called Hospital SOS: Save Our Site. Save Our Services.

A Dunedin National list MP attacking a campaign to help Dunedin and our community get the quality hospital we deserve. Is he broken? It horrifies me to think how many people in the Dunedin electorates have wasted their party votes on National in the last two elections. We get less than nothing back. We have seen large cuts in government owned businesses e.g. NZ postage Hillside workshops, tightening of Education funding which weakens one of our biggest employers and a dragging of heals over rebuilding our hospital that threatens our medical school and health. If the Councillors and local Labour MPs want to do their jobs and help our community the questions should be why isn't Mr Woodhouse doing something to shame his own Government into helping? Does he care about Dunedin or is he just a carpet bagger here to gather votes and offer nothing in return?

Let me tell MP Woodhouse that this is not political, it is what the people of Dunedin want.
The medical school, dental school, university & physiotherapy school, share staff and patients. We patients want the best hospital and medical care we can and it does not come over the hill and far away. Do not divide to rule.

mr woodhouse thou dost protest too much and not in our favour. if you had our city in your heart you would be glad of this news. our DCC is here to help its residents reach its aspirations within the city and region. you, mr woodhouse in parliament for how long? and where is your campaign on our behalf or have you lost the plot in terms of who you represent. if you really are a member of parliament for our region then instead of moaning get in and get us our new hospital and stop this balony politicking and start giving and getting what the region needs - a proper hospital

The Mayor and council has been silent too long on this. He should have been more vocal ages ago but like everything they sit on their hands hoping all will be ok, until it is too late and they try and step up and be seen to be doing something. Dunedin will not move forward until Cull and those who are puppets to political parties are voted out. Dunedin needs to grow. look at Cadburys if Cull was proactive in encouraging businesses to Dunedin Cadbury's closure would have been a drop in the bucket. Instead Cull thinks Gigatown was his employment golden ticket. yet all of NZ are getting fast internet. Move the hospital and grow Dunedin

Mr Woodhouse could shut everyone up today if he wanted to. He has had a bunch over overpaid cronies eating hundreds of thousands of dollars directly and using consultants for the past nearly 2 years. By now they either have a scope of the rebuild or they are totally inept.

So Mr Woodhouse, release the current plans, detailed or not. Today! Not after the election. Show the people of Dunedin just how well you support them. If the news isn't too bad, they might even vote for you again.

Not releasing their current plan before the election just makes it all smell really badly. We all expect the worst when you keep it secret.

If you want to see how The DHB and government care regards people have a look at the greymouth new hospital build in progress ... .a picture is worth a thousand words .be prepared to get the bare bones. just wait and see.