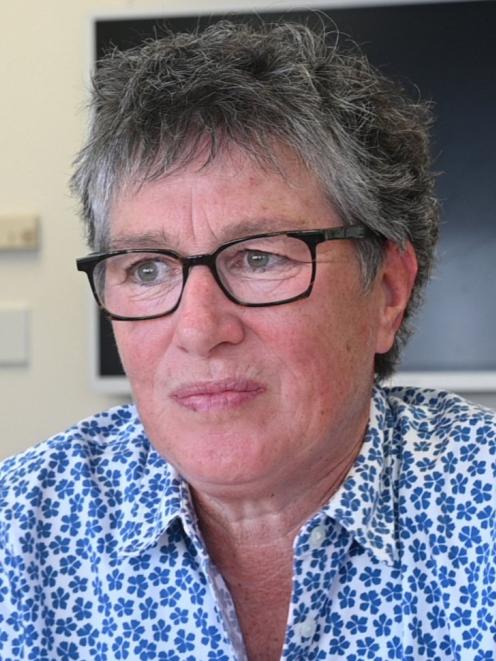 "Determined" is how Dunedin City Council chief executive Sandy Graham labels her mindset at the end of a trying working week.

Her council was catapulted into a maelstrom of water worries, community concern, missteps from her own organisation, communication clangers and media scrutiny.

At the end of it, the source of lead-contaminated water supplies at Waikouaiti and Karitane remains a mystery, although more frequent sampling of the areas is expected to help officials work out why there have been intermittent spikes in lead levels.

In the meantime, residents are being offered blood tests of lead levels from Tuesday, which will help authorities establish whether lead contamination has been a long-term problem that has only surfaced lately.

Ms Graham said people should have confidence in the council.

She understood why they would be unsettled, especially given the possible health implications and cumulative impact associated with people absorbing significant levels of lead.

Ms Graham said it was important to remember high lead levels in the water had not been sustained over long periods.

Also, the results of water samples taken at six sites — three at the Waikouaiti treatment plant and three elsewhere on the network in Waikouaiti and Karitane on Monday — had shown extremely low or undetectable levels of lead in the water, underscoring the intermittent nature of the problem.

Staff had been working hard to get to the bottom of the mystery and respond to challenging circumstances.

They were focused on gathering information, which could help them pinpoint where the trouble lay, she said.

The council had its first indications of a problem in August 2020.

It had been testing water pipes to assess how corroded they had become. This was not expected to have serious implications for drinking water, but it should have been evident to the council before the end of the year that something was not right.

On January 7, a council staff member who had been on leave opened an email that revealed one lead level reading 40 times the acceptable limit.

Remarkably, Ms Graham was not brought into the loop at that point.

"I would have expected to have been briefed," she said.

Eventually, a test result from the Waikouaiti raw water reservoir received by the council on January 29 prompted authorities to advise Waikouaiti and Karitane residents not to drink the water.

Ms Graham first knew of elevated lead levels on Monday afternoon and the order was issued the next day.

The council has had a series of blunders through the week.

A December 8 sample was 40 times above the limit for lead — not four.

"I have been genuinely heartened by the response of the organisation."

The council had strived to be transparent through the week, she said.

"There’s been no attempt to hide anything."

It was not readily apparent from initial council information, however, that the first indication of a problem went back to August. And despite a very high reading noticed by council staff on January 7, alarm bells seemed not to ring.

Ms Graham would not say how highly within the organisation the December 8 test information was initially escalated.

Ms Graham said the correct data had always been passed on to Public Health South and a drinking water assessor.

Whether that data has always been interpreted correctly is less certain. Southern District Health Board medical officer of health Susan Jack has conceded the full extent of the December 8 breach was not grasped until this week.

Ms Graham said she was advised of elevated lead levels from two sites early this week.

The council went on to disclose six samples of 90 taken at Karitane and Waikouaiti since July had exceeded the allowable average.

Asked if heads should roll, Ms Graham said she rejected the suggestion, but the council had to be accountable.

After a trying week, she hoped the community would be reassured everything possible was being done to resolve the situation.

Unsafe since August and we only know in February. These technocrats need to be fired. They have lost our trust. Would any of them drink unsafe water with 4x the lead levels? no, let alone 40x. The mayor, CEO, 3 Waters CEO and the COO of the DCC should be on their bike to the dole queue. They do not have our trust.

Its not just about the lead levels but the system around the management of data, emails of which is just one source, processes of escalation and reporting. The lead problem shows very fundamental flaws in DCC processes and therefore management with the cumulating effects of poor ability to look after and be responsible for ratepayers - in this case, their health. The lead is certainly an issue, of high concern.

So, it's only the health of property owners they're responsible for?

EVERYONE is a ratepayer, whether you 'own' or pay rent. I'd suggest you're fishing for a statement of division rather than focused on the issue at hand. Your community isn't your enemy......

Why? It is the councils own doing, Power poles, Stolen Cars, Maintenance on Drains where is the reporting of this from Departmental Manager to the Councillors at meetings so people know it is being done? Does the DCC have any processes? Look at Councillor Vandervis complained about a conflicting parking ticket process was called a bully. He was accused of wasting rate payers coin by some, punished financially. yet people don't get it he has Dunedin's interest at heart. Graham you are not new to the organisation so you have history in the council so also need to be held accountable. Why would people have confidence in the council? Take a step back and see how arrogant you guys are and how you are wreaking Dunedin, don't listen to its people. I suspect with the history of sweeping things under the carpet this is the tip of the iceberg and there is a hell of a lot more failing. People might have confidence if the Mayor, CEO and the Manager of the Department fell on there swords. End of story

Why in the heck would Graham assume she has any credibility? She is part of the problem! $400k a year and this is what we get? Bunch of losers running the city...sack all of them including Graham an get some professional management!

So where are the elected councillors?

There have clearly been a series of failures within the administration, identifying these and ensuring they are fixed is a matter of governance.

Councils do tend to suffer from 'executive capture' ... and there has already been too much obfuscation and a seeming hope this will all just go away. We don't know where the lead came from, it may prove to have been an irrelevance, but the failures in response from the council are real, and won't just go away.

This is the organisation that held an internal investigation into car sales - and gave itself a tick of approval, a clean bill of health, and a smack on the knuckles to the councillor who had raised the matter. And look where that led.

Haha. Trust the Council. Good one. What I'd like to know is whether the water was tested PRIOR to August 2020. Saying it has been intermittently high for 6 months does not tell us whether it was OK before then, or whether the DCC just wasn't checking before then. I'll trust the Council when they demonstrate trustworthiness. But I won't be holding my breath.

With the entire country, its' government and press watching. The Mayor transfers blame to the Public Health system in the press. A council representative at the meeting attempts to down play the spikes by saying the spikes are sporadic and they have no idea what or where the source is. And a very limited apology. What part of the lack of confidence do the people here have, that council senior management and Mayor missed. It was certainly not lost us living out here. Nor was it lost on the Director General of Health and the Southern District Health Board medical officer of health Susan Jack, both of who are urging everyone to get blood tested to see how far this contamination has gone. How can we have confidence when the situation has reached this point. Especially after hearing that council only found out by accident, not because they were testing water quality, but because they were testing the condition of the pipeline in the network.

Yes Ms Graham, give us one thing this council has done right in the last 18 months, remember the dots on the road? the list is endless clanger after clanger if it was not so serious it would make for a great comedy!!! Falwty towers Dunedin style

Here we go again tearing into the perennial target. If you read the story so far it appears Health South were not concerned until recently. Maybe for good reason maybe not...
All will be revealed. Except the deficit thinkers know the answer already.

Well Ms Graham, if you've been correctly quoted, we have a problem. It is absolutely not possible to say "it was important to remember high lead levels in the water had not been sustained over long periods." You simply know next to nothing. Are the current high levels the start of a trend, the mid point or the tail. What are the levels in November? How about last March?

The council seems hell bent on confirming the trueism" you'll never find what you don't look for " and their proposal to sampling hourly - but only test one or two of those samples a day - confirms for me that they just aren't talking this seriously enough and they simply don't know what good looks like.