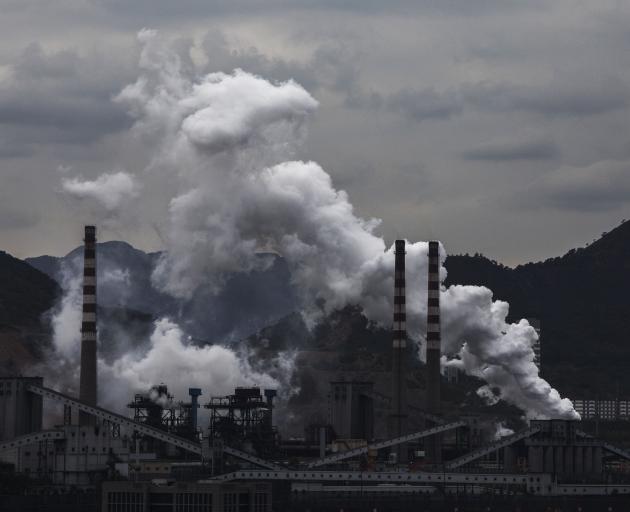 I remember timing myself against an hourglass as a child, writes Scott Willis.

I can’t remember the situation(s), but I do remember racing the sands of time, and being acutely aware that the last few grains seemed to charge through the little funnel between the top bulb and the bulb below at great speed. 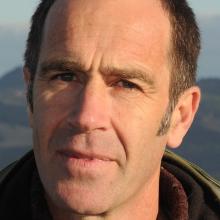 A funnel is a narrow space that doesn’t allow all the volume through at once and that causes particles to get all excited. This happens because the narrow neck of a funnel reduces velocity but increases pressure. Think what happens when a wind comes up against a mountain range. It seeks a way forward and when there is a small pass in the mountain range it tries to get through all at once. There’s not enough room so the wind that does force its way through does so under great pressure.

Meanwhile the winds of global change are blowing strong at present. Hopes of mild, manageable climate change have been dashed by new research, and this adds greater urgency to an already high-pressure issue: limiting and rapidly reducing global greenhouse gas emissions.

Just as a funnel increases the pressure of physical things such as wind or grains of sand, so too does the abstract funnel of options for reducing greenhouse gas emissions create social pressure.

We can see this all around us now. Many commentators talk of the increase in ‘‘cognitive dissonance’’, i.e. when individuals, institutions, industry or even nations try to simultaneously hold two or more contradictory ideas. The fact is that the climate is changing, and yet we find it difficult to give up our carbon-intensive lifestyles. We’re faced with a species-level emergency and people react in many different ways. I’m involved in an Environment Court hearing at present over a community wind turbine. As this is a project that is before the court, I can’t speak about it directly. Wind developments in general excite interest, however. Often that interest centres on aesthetics: is a turbine an "elegant kinetic sculpture" or a "utilitarian monstrosity"? What we have to manage is our need to reduce emissions through climate actions such as building renewable generation assets, while managing other competing and often contradictory demands. The regulatory process is a narrow part of the funnel and in that part of the funnel the pressure is intense and emotions run high.

We can see other evidence of "excited particles" as our options for reducing emissions narrow.

For example, reregulation of the electricity industry over the past few decades in favour of a "competitive market" has in recent years had several other consequences. Social pressure, in the shape of climate-concerned citizens, coupled with a drop in the prices of solar technology and electric vehicles, has stimulated new retail opportunities that are bumping up against regulation that is no longer fit for purpose. A funnel in the shape of state regulation has environmentally engaged residents trying to fit through all at once. Electricity is an essential service in the public interest, not simply a commodity to be controlled by market forces, and it remains to be seen whether the pressure on the system can deliver environmental and social benefit.

Housing is another area where we can see pressure building. Whether it’s lack of affordable housing  (people sleeping in cars, caravans and garages), poor-quality housing (cold, unhealthy homes) or housing at risk in flood-prone areas, we now know that something must be done. It is no longer possible just to insulate homes or to build social housing — and these are topics being debated at a policy level as we approach the election — we now need climate-safe housing as well. Housing that is affordable, modular, energy efficient, healthy to live in and transportable. Our options for getting it right have narrowed, and have become more complex, but we must still work for solutions and sometimes it’s in the narrowing spout of the funnel that the pressure leads to creative solutions.

In his book Future Scenarios: How Communities Can Adapt to Peak Oil and Climate Change, David Holmgren sets out four climate change scenarios. They are set out as:

Without going into them in detail, I can say that we definitely do not want to delay action on climate change. We are at real risk of living through his "Brown tech" scenario, in which investment in fossil fuels is maintained, accelerating greenhouse gas emissions, while more and more resources are consumed by "droughts and chaotic seasonal changes" and in "defending or replacing urban infrastructure". Such a scenario also assumes greater corporate control and a rise in nationalism and breakdown in global agreements.

It is now looking increasingly unlikely that climate change impacts will be slow or easily manageable. However, scenario mapping is only a skilled guess and is not determinative. What we do now will determine what comes to pass. Our actions count.

For too long we’ve been complacent, happy to live our lives as if it can all keep going as it does now. But we are all part of a community. We share our lives with others and with each of us giving an individual push we contribute to a collective effort. The climate is changing. Coastlines are no longer fixed. We’re charged particles in the narrow point in the funnel and the pressure is on to develop solutions and implement them.

- Scott Willis is project manager of Blueskin Energy Ltd. Each week in this column, one of a panel of writers addresses issues of sustainability.

Or is the writer completely unaware of Bernoulli's principle? A restriction in flow will always increase the velocity and decrease the pressure.