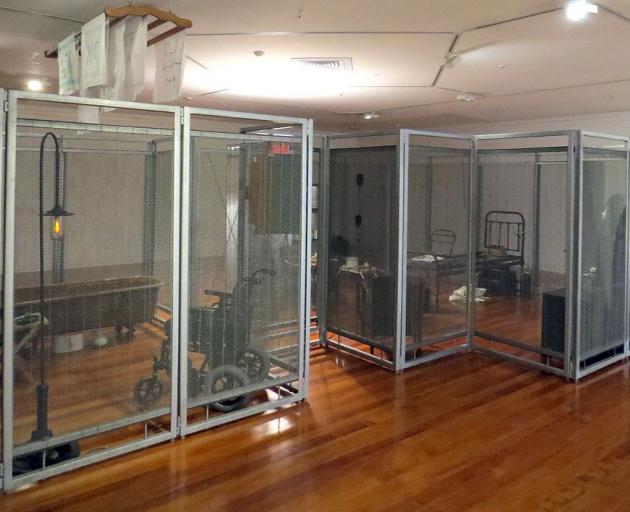 Mary McFarlane has created a visual elegy to a life at the Dunedin Public Art Gallery.

A memorial to the quotidian, it gathers together the ephemeral detritus of existence to create a poetic cage in which we see and imagine daily routine.

The work is intensely personal, the woven phrases and everyday objects all referring to or taken from the artist's own memories.

It is so easy in several of the items present to see the ghostly presence of McFarlane's late partner, Ralph Hotere.

The two rooms, decorated with aged furniture and encased in a framework of old bedsprings, becomes a zoo in which we can see the spirit of a human life, even though we know the rooms are empty.

We are separated from the clearly deteriorating existence implied by the contents of the rooms, yet it is not so much us who are isolated as viewers, as the putative inhabitant of the rooms who is isolated from the world at large.

Poignantly, above the rooms and on decorated, crumpled paper nearby, are seemingly random yet evocative phrases, each of them providing a link with loss and with the fierce, tenuous thread of being. 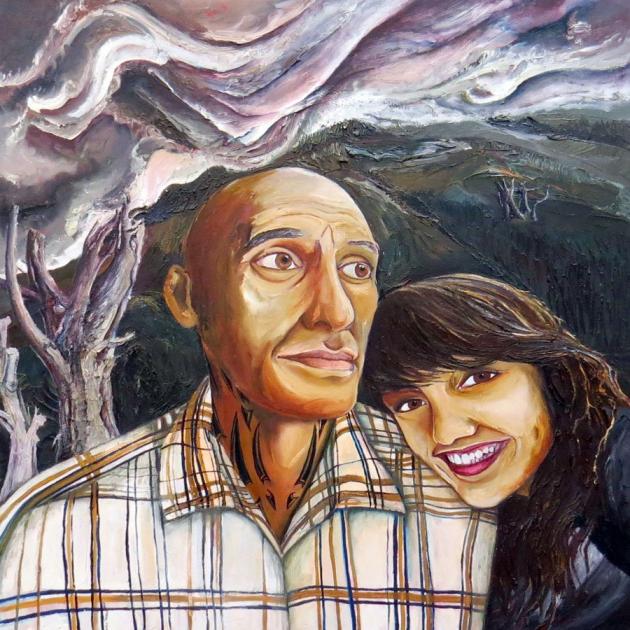 “Tane and Tegan”, by Joanna Tokona

2014 was a time of upheaval for Joanna Tokona.

She and her family relocated from Karitane, with Joanna and husband Tane moving to Ngapara, northwest of Oamaru, and children Kawana and Tegan leaving home to live in Dunedin.

Tokona's exhibition at the Moray Gallery celebrates and commemorates this family, regeneration, and new futures in a fine series of images.

The paintings fall predominantly into two groups, family portraits, and nature studies, the latter concentrating on the textures and insect inhabitants of gnarled macrocarpas.

The family images are all double portraits, of Joanna and Tane, Tegan and Kawana, or some combination of the above.

The remaining work, of Dunedin band the Heavy Eights, is fine, but seems slightly out of place alongside the other pieces.

All of the works are impressive in their own ways, though the strongest are the portraits.

The spiritual import of Ancestors is particularly memorable, and the details of the photorealistic snapshots in the background of the otherwise stylised Going Out add much to the picture.

It is the wild, glowing skies and tantalisingly ambiguous expressions of Tane and Tegan, however, which make this the standout work, a fine, intriguing, and endlessly fascinating painting. 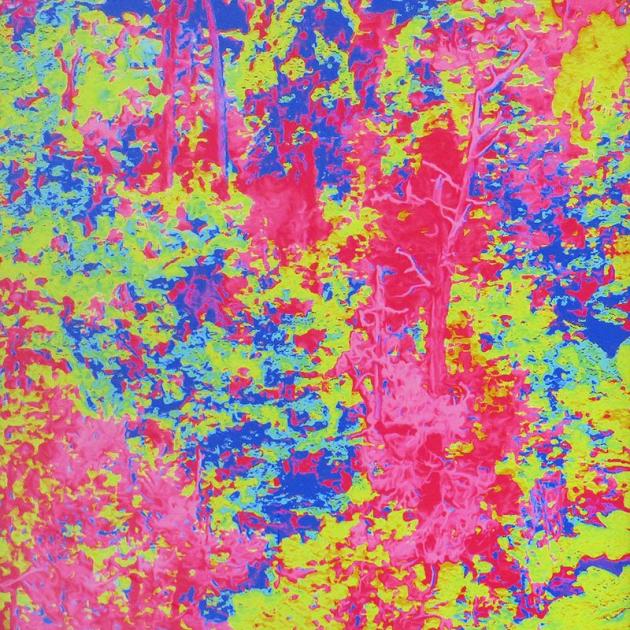 Mojo cafe in Princes St is currently decorated by a small group of large digitised prints by Ross Davidson.

The works are based directly on photographic originals, but have been drastically altered digitally to produce exercises in Day-Glo impressionism.

The majority of works are based on natural plant forms.

The rigid structures and natural subtleties of this subject have been dramatically transformed by Davidson to the point where the originals become only hints within the wild canvases of pink, lime, and cyan.

In doing this the artist aims to celebrate the essence of the plants, and through them of the natural world as a whole.

By the manipulation of hues and tones the artist attempts to create a hypnotic or spiritual feeling in the viewer.

The images are impressive, to the point of being overwhelming in the brighter works, such as the leafscape of Splitting Wood and the semi-abstract forest structures of New Sensations.

Ironically, it is the work which relies least on plant life which is perhaps the most striking; a scene of small boats on a lilac and green harbour, its ripples and rigid artificial structures providing a cooler, calming counterpoint to the wild vibrancy of the colours.