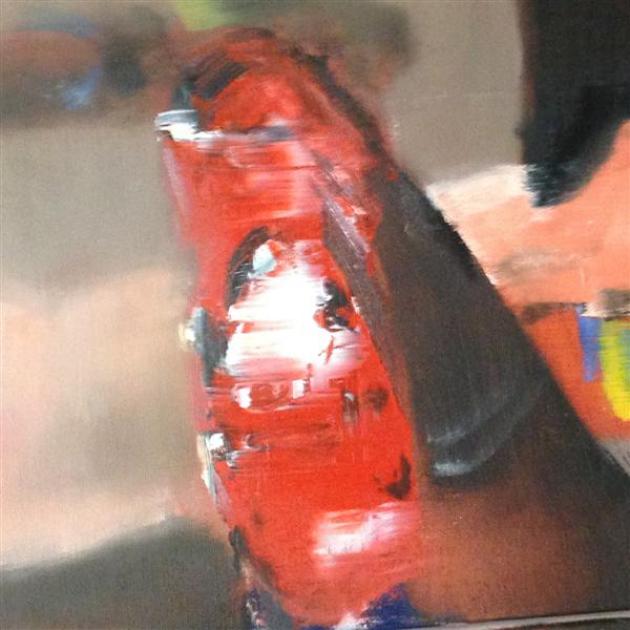 ''Sportsmeat'' is an exhibition of new works by Dunedin artists, and State of Princes co-foudners, Craig Freeborn and Justin Spiers.

Freeborn and Spiers have two very distinct practices as Freeborn is a painter, and Speirs a photographer, but they come together as they ruminate on bodies, flesh, meat and death.

Both paintings focus on human bodies: the first a rugby team brawling in a locker room and the other shows the disposal of an Ebola victim's body.

While the scenes are worlds apart, they are images that might appear within the same news hour.

Collating a variety of images, from a museum display to cats straining against cages in a back-alley market, Spiers creates an uncomfortable tension around human control over non-human animal bodies.

With Freeborn's palette and Spiers' black-and-white photos, ''Sportsmeat'' has an aesthetic as well as a conceptual darkness.

Freeborn and Spiers are confident artists and are able to convey nuanced ideas around flesh and bodies through images that are visually intriguing. 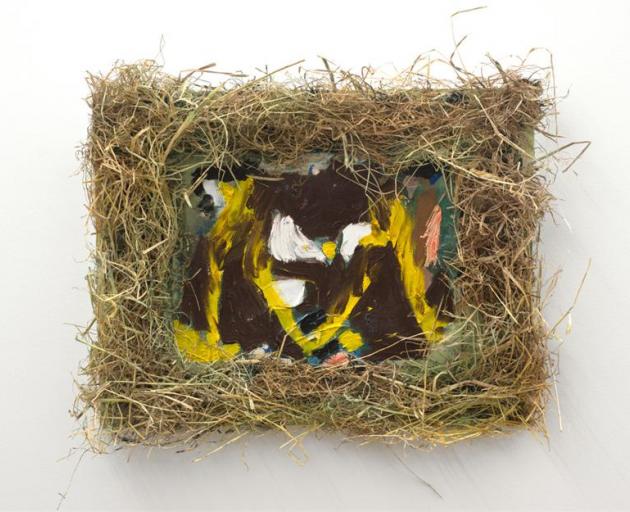 The Blue Oyster has been weighing in on the New Zealand flag debate with The False Demographic, a group exhibition curated by Ted Whitaker and gallery director Chloe Geogehan.

Beyond adding to current dialogues surrounding the flag debate, Whitaker and Geogehan present works that comment on the socio-political climate within New Zealand that frames the flag referendum.

Robert Carter's installation The Voice of Authority II sees a matrix of speakers installed around the gallery's walls.

The installation reflects the bellicose nature of the flag debate, forcefully and randomly adding distorted noise into the gallery space.

Stella Corkery's Ears Burning and Brendan Jon Phillip's Stateless Vexilla are similar to our flag options, from subtle symbols to basic stylistic devices such as Phillip's Stars. No Stars.

An outsider's perspective is seen in Czech artist Ondrej Vicena's I saw how tourist view burnt a spoon, an installation piece of two glass panes carefully suspended with string.

It is a satisfyingly balanced work in which the two sides are identical.

In the gallery's back room, the curators have compiled 40 responses to the flag debate.

There is no order to these responses as the conversation is broken down to the individuals.

''The False Demographic'' closes Saturday, and aside from its merits as an exhibition, it is worth a visit for anyone interested in the debate surrounding the flag referendum. 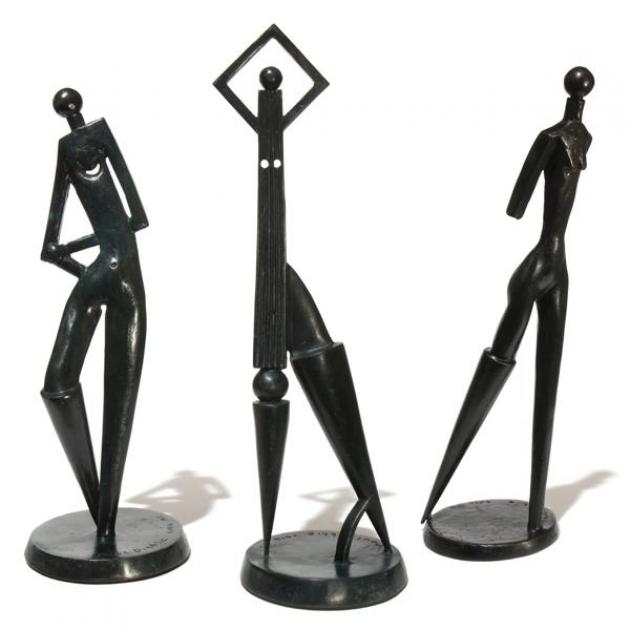 Paul Dibble is one of New Zealand's most successful sculptors.

Now on at Milford Galleries Dunedin, ''The Geometric Figure'' is an exhibition of a number of Dibble's large-scale masterworks as well as a series of new, smaller geometric editions.

Dibble is grounded in modern European sculpture, and creates forms that are not static, but rather depict the movement of nature and humans through space.

Moving Forward, Looking Back exaggerates the curves and planes of a human form that moves forward but twists back.

The figure's weight is shifted on one leg, like a classical sculpture but is distinctly modernist in style-reducing the figure to the most basic forms.

Dibble also has a distinct humour in his work, with a notable New Zealand cultural motif in Into a Southerly, which shows a figure leaning into an unyielding wind.

One piece that does not show a human form is Flock, a sculpture with environmental concerns that sees five birds perched on an abstract form.

The series of smaller works features unique human forms, counterparts to the larger works, as well as two purely geometric forms which are representative of Dibble's early career.