Flowing through the landscape 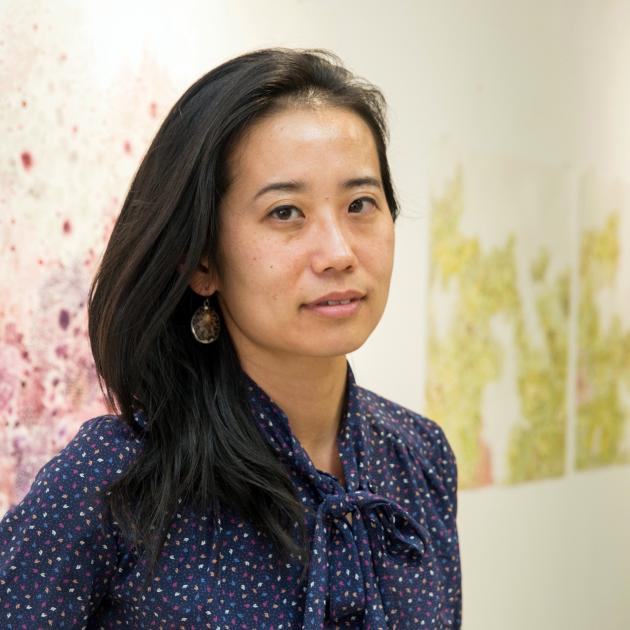 Yukari Kaihori has delved into traditional Japanese painting methods for her latest work below. Photo: Juliet Black
The mountains drew Japanese artist Yukari Kaihori to New Zealand and while she has left them behind for Auckland they still form the basis of her work, she tells Rebecca Fox.

Japanese artist Yukari Kaihori has not shied away from taking on challenges recently - a new city, study and trying traditional painting methods.

Kaihori moved to Auckland to do post-graduate study at Elam School of Fine Arts earlier this year, leaving behind her Wellington home of six years.

''I wanted a new challenge and had started to look at traditional painting ideas.''

Those ideas included using a traditional Japanese method, Nihonga, of stretching wet paper over a frame to paint on. She uses two layers of paper so the frame cannot be seen.

''The paper when wet goes wrinkly and then dries stretched out. It's very difficult and has very different materiality to canvas.''

As Kaihori likes to use her oil and watercolour paints very loosely, she works on the floor so the paints do not run.

Her interest is in the nature of the paint pigments and how they flow and move around the ''canvas''.

''There is a push and pull of the different pigments - it plays on East and Western abstract and structural ideas.''

She starts by transferring watery watercolour paint on to the paper surface using a brush, then observing how the pigment floats and sinks on to the paper freely and stains the paper. 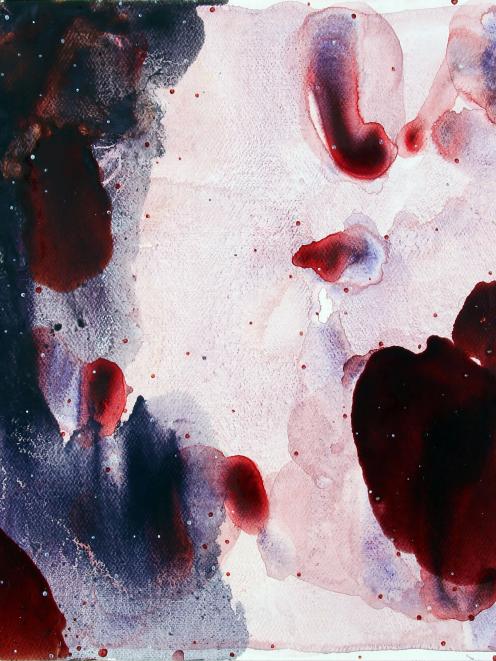 Yukari Kaihori’s Play Red (2019)
''It allows the pigment to flow. It travels with gravity, not very far.

''I like to let the material do the work as much as possible.''

Then she introduces runny oil paint to the paper surface, moving the paper so the paint moves freely and stains the paper to make a figure by chance.

''My process involves observing this figure and then introducing controlled marks in order to bring dialogue between the conscious and subconscious, chance and controlled, intention and accident.''

Kaihori has used the new stretched paper technique as the basis for her new exhibition - her first solo exhibition in Queenstown at Milford Galleries, called ''Blue Fancy''.

Traditionally, Japanese paintings were done with mineral pigment and animal glue before oil paints were introduced from the West.

She has used a mixture of both the Eastern tradition, including the use of rabbit skin glue and paper, and the Western tradition of oil and watercolour for this exhibition.

''The paper surface is primed in the way so oil or watercolour paint will float and be able to show the materiality of pigment,'' Kaihori says. 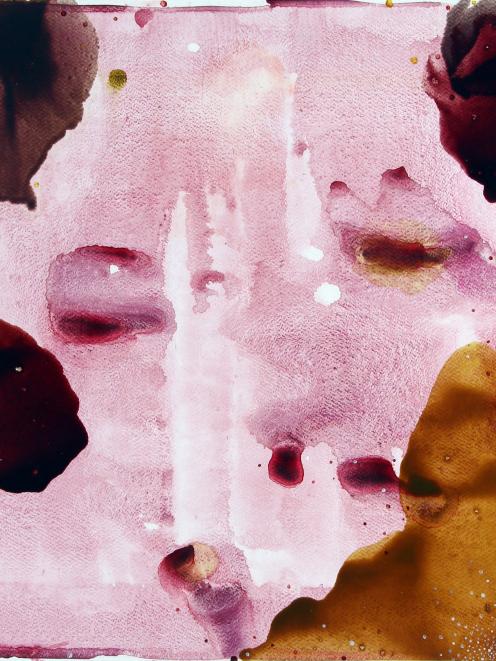 Kaihori’s Pink Notion (2019)
It is a bit of a play on East and West ideas and the Great Wave work of ukiyo-e artist Hokusai.

''His landscape prints were cutting edge in Japan before it opened up to the West.

''I am interested in 'in between' products where the ambiguity lays - being in between new and old, the East and the West, permanent and ephemeral and touched and untouched.''

She sees her new work as a play on what people think Eastern art is, such as the woodcut print.

''The Prussian blue he used in those prints was new to Japan. He introduced it to the common people in Japan.''

Like Hokusai, Kaihori has an interest in landscapes as it is what brought her to New Zealand in the first place.

''It was my reason to move to New Zealand initially. I was very much into mountains. I love hiking and tramping.''

Kaihori, who grew up in Kyoto, Brazil and the United States where she studied for her fine arts degree, first came to New Zealand as a tourist to hike the national parks of the South Island. 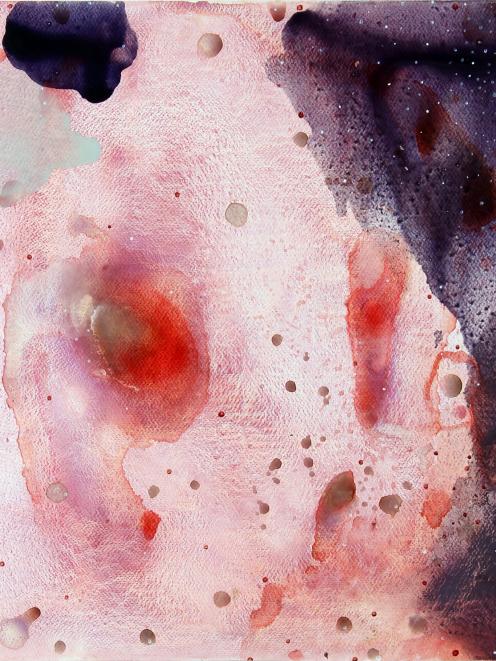 Kaihori’s In a heart beat (2019)
Two years later she returned to stay as she realised she could spend more time painting and less time on the corporate ladder she was on in Japan where she worked full-time.

''With my deep attraction to nature it made sense for me.''

She settled in Wellington and made the decision to only take on contract jobs so she could spend more time in her studio.

''When I first arrived I painted landscapes - it's one idea of my work which has not shifted. Visually the final product is different but I still love immersing myself in landscapes - for me it is great, they are my favourite places.''

Having a solo exhibition in Queenstown where she first stayed in New Zealand kept that link with the mountains alive.

''It's great still being connected to the South Island.''

It was the right decision for Kaihori who would spend every minute of the day in her studio if she could.

''I love being in the studio no matter how long. I'm in the studio on a Friday night. It's my favourite place to be. This is what I like to do - it's quite strange I think.''

In recent years Kaihori has held fellowships at the Vermont Studio Center and Virginia Center for the Creative Arts in the US and Oberpfalzer Kunstlerhaus in Germany. She was also the recipient of the Pollock Krasner Foundation Grant, in New York, in 2015.

Returning to academic study was always something she wanted to do but finding the right time was key.

''This year I was meant to do this. I get to learn about New Zealand art.''

She has started with postgraduate studies and plans to continue on to master's-level study next year.

''It's great to get new ideas, be challenged. To talk about works of art, art norms.

''To push through and see what work I produce, see where it takes me. I'm quite open.''