Aspects of past issues of one of New Zealand's oldest journals are being brought to life by artists from around the country.

Artists have been invited by the Otago Art Society to take part in an exhibition celebrating the Dunedin-based and founded literary and art journal Landfall.

From back issues of Landfall, which has been published since 1947, artists have taken inspiration for new works.

OAS immediate past-president Nic Dempster said he had the idea of the society and Landfall teaming up on an exhibition celebrating the written word and art.

He was rapt when Otago University Press, the journal's publisher, was as excited as he was at the prospect.

Support for the exhibition also came from artists, with 80 entering including Otago notables such as Nigel Brown, Euan McDougall and Kathryn Madill. 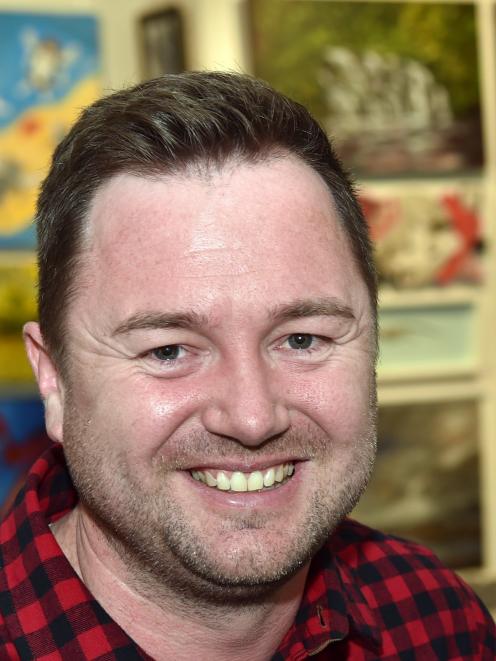 ''They are sending works from all over the place.''

Each piece will be hung with an artist's statement outlining the issue and which part of Landfall inspired them.

''We've asked them to put their thinking into words so people can see behind the picture.''

The artists have used many aspects of the journal to inspire them from the cover, poems, short stories and advertisements.

''It's quite intriguing to see what they have come up with. There is some really cool stuff.''

Otago University Press marketing and publicity co-ordinator Victor Billot said it was such a great idea that the publisher ''jumped at it''.

''Landfall's role as an art and literary journal is a really great connection with the society.''

The exhibition's timing came as Landfall was about to celebrate another milestone - the first issue, Landfall 235, under new editor Emma Neale.

''We realised it linked in really well with other projects we were doing.''

It also gave them the chance to celebrate the first stage of digitisation of the journal being complete and going online for the public to use.

The first 20 years of the journal have been scanned and will be available free to the public and researchers.

''It was published quarterly back then so there were a lot of issues to do. It's also got an index to help researchers.''

It had been a long project, made possible by having interns and other university staff help out, Billot said.

''We've had a really good response from researchers and academics.''

The project will continue to add back copies of Landfall until all are online.

It also corresponded with the release of the third and final volume of Landfall founder Charles Brasch's private journals from 1958 to 1973, which have been pulled together by Peter Simpson.

''It'll be a big night. Everything has lined up really well . It feels like a really good sign of how well Dunedin's art scene and literary scene's going.''