Blood of the Lamb actors (from left) Helen Fearnley, Toni White and Anna Dawes rehearse at the Globe Theatre on Tuesday night. Photo: Peter McIntosh
To mark the inaugural New Zealand Theatre Month, Dunedin’s Globe Theatre will perform a play by one of the country’s theatre greats, the late Bruce Mason. Rebecca Fox talks to his daughter Rebecca Mason about seeing her father’s work come to life again.

It was a sad and difficult time in the Mason household when Blood of the Lamb was written.

Writer, actor and playwright Bruce Mason had been diagnosed with cancer and this would be one of his last works.

''He was such a brilliant man. He kept writing to the end. He did four TV plays before he died.''

Daughter Rebecca Mason was living at home at that time. 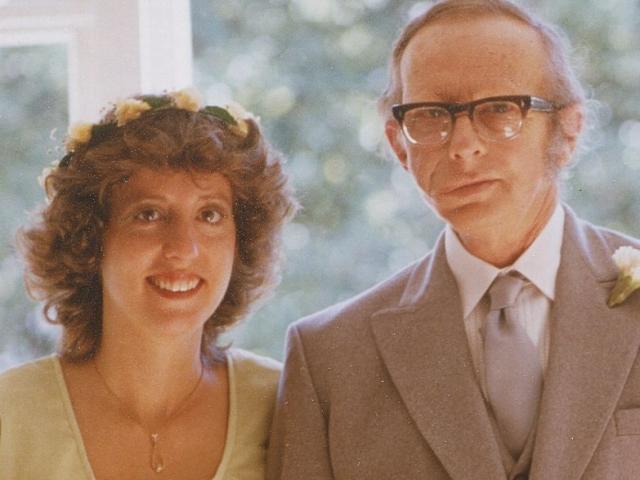 Rebecca Mason with her father, playwright Bruce Mason, at a wedding. Photo: Supplied
''The whole process was sad and difficult.''

Mason had been commissioned to write the play and took inspiration from a story he heard about a lesbian couple, with a child, one of whom dressed like a man.

''It was his saving grace. He was totally involved in his work.''

At her father's request, Rebecca went to the opening of the play at the Court Theatre in 1981.

He liked her to go to opening nights because he thought she was the ''best audience'', as she laughed in the comic bits and cried at the sad.

Reading the play again in 2018, Rebecca finds the lesbian character wearing man's clothes to be a ''bit anachronistic'' in today's world.

''But he got it from an actual example.''

Mason had always wanted this works to continue to be performed, but only in New Zealand, and his daughter Belinda, his literary executor, readily gives permission for this.

He did not give permission for this play to be performed outside of New Zealand culture, even though the characters in it are very literate and well read and speak a lot of Italian.

''It's supposed to be a baroque piece. It's absolutely filled with references to opera as well as being grounded in New Zealand culture.'' 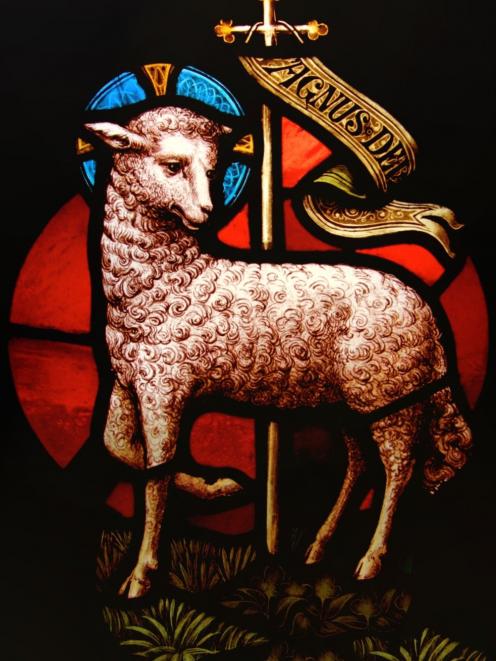 Blood of the Lamb, the final play by Bruce Mason, one of the founding figures in New Zealand theatre, is being staged by Globe Theatre. Photo: Supplied

For Rebecca, growing up with a father who wrote - not only plays, but drama and radio critiques for newspapers and television plays - meant he was the one at home while her mother, a doctor, brought home the regular pay cheque.

''He was a very attentive father but when he was writing something, not so much. He'd get distracted.''

Looking back on his works, Rebecca says choosing a favourite is a toss-up between his best-known work, The End of the Golden Weather and Courting Blackbird.

''They're the most poignant for me. He was at his best in his solo pieces, in my personal opinion. For me, they have his voice in them.''

Eight years after Mason's death, Ian Mune (star of Mason's The Bonds of Love) turned The End of the Golden Weather into a movie, listing Mason as co-screenwriter. The film won eight NZ Film Awards.

Just recently, a tribute to Mason was held at the Bruce Mason Theatre in Auckland.

Plays, letters and a satirical version of God Defend New Zealand were read.

''It was brilliant how many different ways he wrote.''

In 1964, Mason was involved in the establishment of Downstage Theatre, Wellington, the first professional theatre in New Zealand.

Mason's The Pohutukawa Tree is still a text taught in English in schools.

''It's amazing. He always had an eye on posterity. He'd always hoped his works would live on.

She is looking forward to seeing the play again, although knows it will bring back memories of that first opening night.

For Blood of the Lamb director Richard Huber, who saw the first production of the play at the Court, the play is proving challenging for the actors due to Mason's use of interesting language structure and Italian and Maori.

''It's great to have a New Zealand playwright who loved language, played with it and used it in interesting ways.''

For Huber it had also meant getting to grips with Mozart in a way he had never done before, as the composer was central to understanding one of the characters.

''It's been a lovely journey for me to hear more Mozart and come to appreciate him more. I'm very thankful to the play for that.''

Theatre by seating the audience on the Globe's stage.

The Court has a very long, wide stage, not very deep, which is reflected in the way the play was written. But the Globe's stage is deep and not wide, so he has chosen to seat the audience in a transverse seating arrangement.

''It allows a better relationship to the play itself.''

A fan of late '70s and '80s New Zealand theatre, which Huber sees as the ''golden age'' of the country's theatre companies, he says that at the time, the Court had the money and time to stage more adventurous works alongside the classics.

Huber had always liked Mason's work because of its naturalistic writing in the likes of The Pohutukawa Tree and the alternative storytelling of The End of the Golden Weather.

''The circumstances around why he wrote that play is central to the way I have interpreted this one.''

Mason's ''artistic crisis'' of not being able to find a theatre to put on his play and deciding to do it all himself was important.

The quote ''all you need is a man, a hall and a chair'' from Mason gave him the freedom and liberation to practise his art the way he chose, Huber says.

Mason left a dual legacy of the conservative - the establishment of professional theatre in New Zealand - and kicking off alternative forms of theatre.

The question of ''who am I'' resonates throughout Blood of the Lamb - a question that everyone faces sometimes. 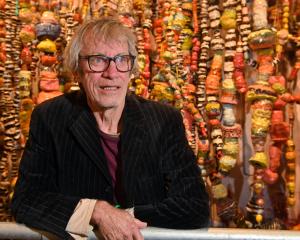