Order from the chaos 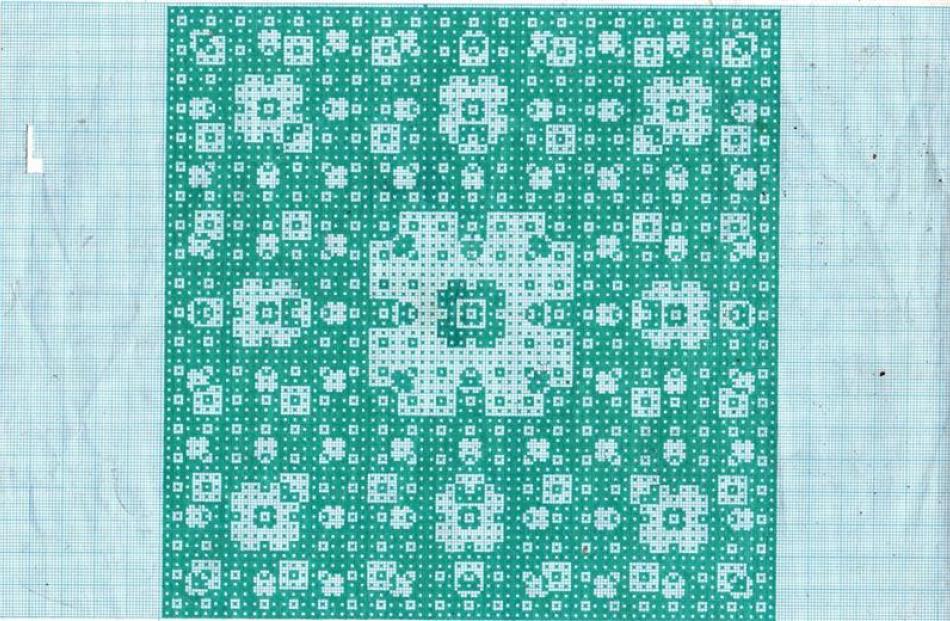 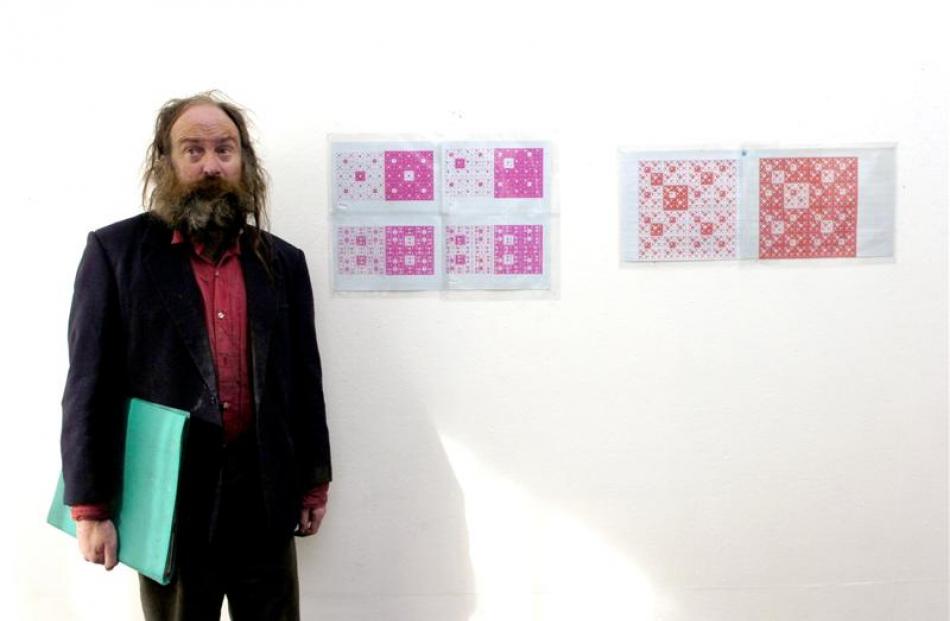 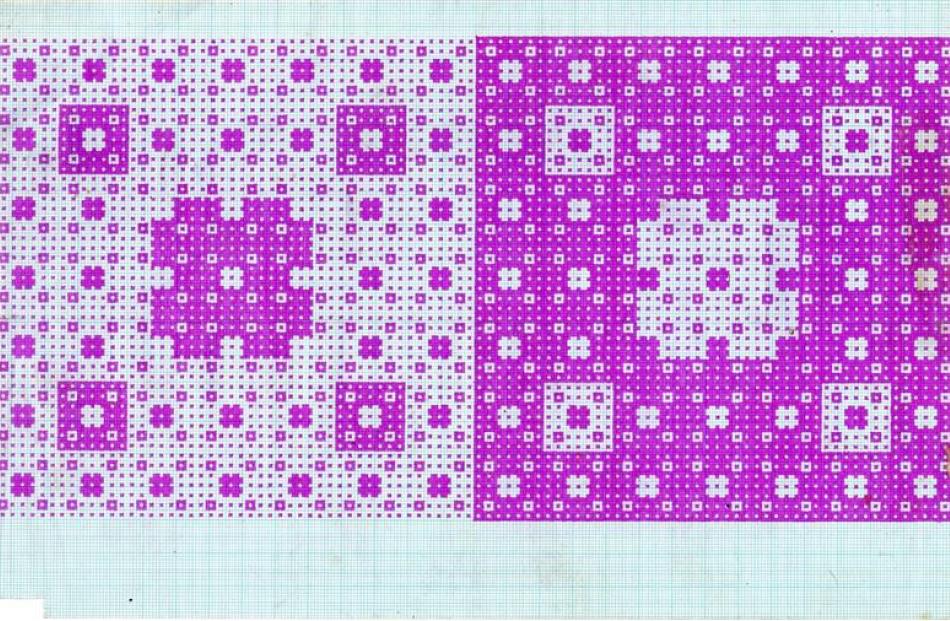 Even for an artist, Martin Thompson is a bit different. The former Wellington street character was thrust into the international spotlight three years ago. Nigel Benson meets a man who lives for art.

The man standing in the Brett McDowell Gallery regards me suspiciously. He wears a grubby suit and his hair is heavily matted. He offers a working-man's hand. Martin Thompson (52) looks every inch the homeless hobo. It is a persona he is very comfortable in, thank you.

Thompson talks in statements, rather than the ping-pong of conversation, and you find yourself listening carefully when he speaks.

His eyes dart around, searching for additional stimuli. As though he's engaged in a game of 3-D chess and you're playing on only one of the boards.

Thompson came to international prominence in 2005 when his intricate pen and paper works featured in a New York Museum exhibition, "Obsessive Drawing''.

"He struggles with the political and social realities of contemporary culture and uses his methodical art-making to create order in a chaotic world. Obviously, he has a natural ability to make mathematical calculations on a scale that is completely bewildering.''

Thompson began producing the drawings in 1980.

"I don't remember why I started doing them. It was just something to keep me occupied, really,'' he recalls.

His first exhibition was in Wellington in 2001.

"I was surprised how well it went. From there, I just went from strength to strength,'' he says.

"A lot of people seem to think they're the go, especially in Australia and the States. I think people like them because they're so regular. They have a rigid regularity. The beauty lies in the discipline.''

"I believe in the idea of rigid absolutes. Vague and woolly-headed thinking may suit some people, but not me. I believe in things being concrete and definite.''

Thompson is a solitary man, who gives the impression of not suffering fools. He hums with the urgency of a man on a mission, with no time to waste.

A blue folder is permanently clipped under his arm. It contains secrets of the past and future; old drawings and recent works in progress. The folder is rarely out of his hands.

"I do it [his drawings] mostly at home. It's what keeps me occupied. I can work on them for 10 or 12 hours at a time. Each one takes several days to complete,'' he says.

The works are reminiscent of the Sierpinski Carpet, a plane fractal described by Polish mathematician Waclaw Sierpinski in 1916.

Thompson constructs his works by colouring sequences of 1mm squares, building into complex geometric abstractions based on mathematical formulas of his own devising, "I know roughly what I want when I start. I make points on the paper. With all my work, I start with the smallest details first and work upwards,'' he explains.

"I make lots of mistakes. I use neatly-bonded Sellotape to fix them.''

Thompson's "mistakes'', repaired with surgical precision, tell the tale of his work's construction and are cherished by collectors.

The graph paper is backed with a layer of Sellotape and he uses a scalpel to carve out the tiny squares before cutting a new section of graph paper from the margins of the drawing, and carefully inserting it into the drawing.

The works are often framed so that both sides of the paper can be seen. They command up to $US3000 in the United States.

"I've also done a few on A2 and I'm working on an A1 one at the moment,'' he says, digging the work in progress out of his ever-present green folder.

"I used to use 1mm graph paper, till I realised the ink and pressure applied was wrinkling the surface. Now I find that using laser-copy cardboard works best.''

Thompson's knowledge of paper is encyclopaedic. He has also learnt a lot about pens over the years.

"I use fine felt-tipped pens now, because they don't wrinkle the paper.''

Thompson recently moved to Dunedin after spending 30 years as a local character in the Wellington bohemian city-fringe neighbourhood of upper Cuba St.

"I've always been alienated because of my physical appearance,'' he muses.

"I've never really left the '60s and early '70s. Counter-culture and the hippy movement of the 60s had a moral message.

"Movies like Easy Rider and Zabriskie Point were works of genius. They were living in dangerous times and a good message was very important.

"I don't think we know what we're up against these days,'' he says.

"It's the old parable of the possum in the car headlights. We're the possum.'' He doesn't say who is driving the car, but the message is ominous, nonetheless. 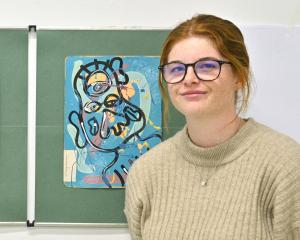 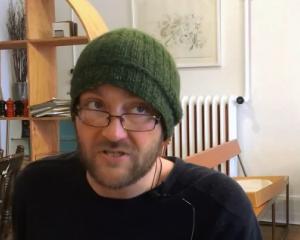 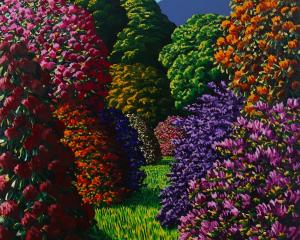 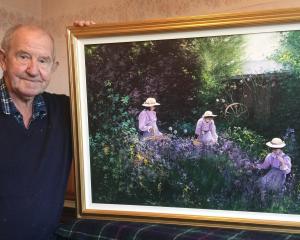 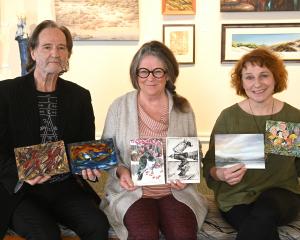