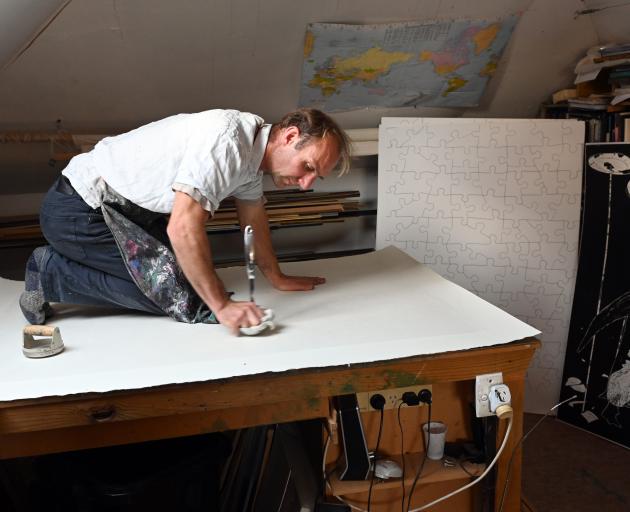 Seeing the moment when a scientist painstakingly fits together the ear bone of a 23 million year old whale is a sight artist Manu Berry is not going to forget. 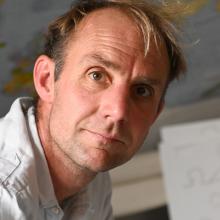 "It was an amazing little moment, quite rich — the ear bone and the whale song."

Berry was drawing in scientist Marcus Richards’ laboratory as part of his research for the Art + Science Project — "Earth: Caught in Stone" when it happened.

It is little moments like those that have taken Berry on an unexpected journey.

"I expected it to be this very dry subject since it’s very old."

But he and Richards, who studies fossilised penguins, hit it off after the initial "meet and greet" between scientist and artist.

"It went very quickly from there, from having beer, to him on his lounge floor wrapped in a blanket describing the way penguins’ legs and hips are tucked up inside their body."

The experience of watching Richards put together the whale ear triggered an idea for Berry — the simple connection of putting fossils together and making jigsaws.

"I’ve got a 9-year-old so we’ve been making jigsaws for the last few years and given there is a community outreach side to this project, I thought maybe it’s a nice avenue to start with."

So he has made three jigsaws from woodcuts made for his black-and-white images of the skeletal forms of penguins from three different eras.

Berry admits it has taken a bit of work to get his head around the time scales talked about in geology.

"It’s not been an easy thing to grasp and I’m still working on it, but I think I’ve got to the point where it seems like a real thing rather than just pure abstraction."

Research has helped with that like reading books such as Evolution in Action, which features "beautiful photos" of skeletons of vertebrates from Paris’ Natural History Museum, he says.

"Seeing the repetition of the skeleton, which is what the paleontologist have to work with, made it so clear that I’m one of those creatures. 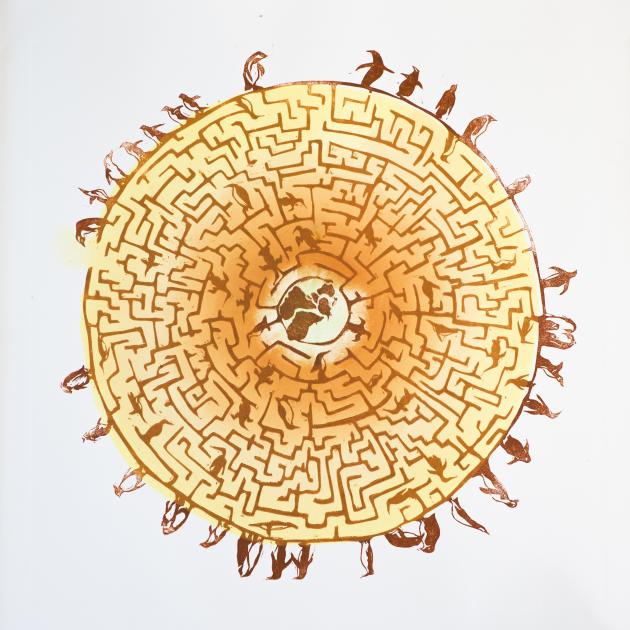 "So it’s been nice for me breaking down some of these boundaries and stop being afraid of big numbers. I was having big trouble with ‘80million years ago’."

His fascination with the subject has lead to him doing more research than usual.

"I would never have expected to read Origin of a Species when I started off thinking about making jigsaws. I’ve got notebooks full of scribbled of ideas. It’s been really exciting."

It is something he only had a sketchy understanding of before he started.

"I realise now some aspects I had wrong, like this idea of evolution being a ladder of progress where everything just keeps getting better and better. You know much more about the response to the environment and the long time scale of the geological environment and how much it changes."

Hamish Campbell’s bestselling In Search of Ancient New Zealand is "quite a page-turner", Berry says, and not what he expected in a book about evolutionary processes which are so "kind of long and slow".

"It’s about the same length of history as penguins themselves. They’re way older than whales and dolphins. They’ve been in the sea for a long time, since that mass extinction of the dinosaurs."

It also nicely dovetailed into his previous project of illustrating bird myths.

His first piece is inspired by Gondwanaland and the ideas of the shifting plates creating New Zealand.

"The idea of it containing the penguins, but not being a straight line. It seems like it is much more circuitous than that with a lot of dead ends, like a maze."

So he created a round maze with a 65million year old penguin in the centre.

"Then, as you work your way out, they go through to the modern day penguin that are around the outside."

The large jigsaws are mostly black and feature penguins of different eras — from the prototype penguin of 60million years ago interacting with nautilus shells to a more recent one spinning plates made to look like tectonic sheets.

"They have a vague sequence about them. I kind of like this game playful element; it seems like something penguins have, they are funny creatures to us, or to me anyway." 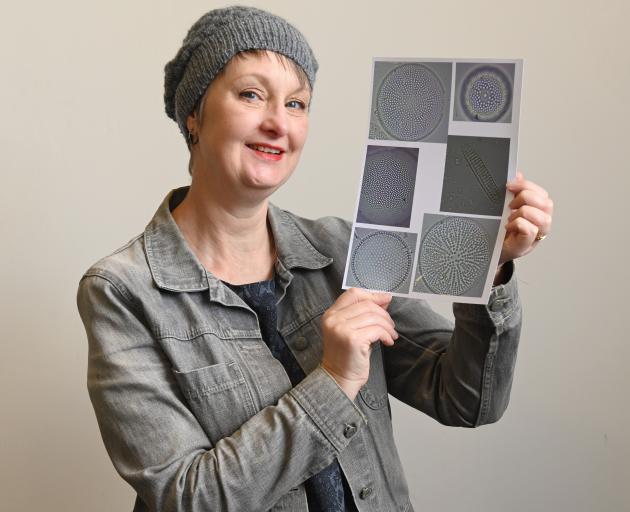 Stella Lange models the hat she designed for the Earth + Science Project — ‘‘Earth: Caught in Stone’’.PHOTO: LINDA ROBERTSON
Stella Lange's head will be toasty and warm this winter thanks to her interpretation of scientist Grace Duke’s research.

Duke’s research involved her analysing diatoms — photosynthesising single-cell micro-organisms that, when they die, settle on the floor of the ocean — as a way of understanding environmental change.

The diatoms, which come in all shapes and sizes, are so small they cannot be seen by the naked eye and only reveal their complex skeletons when studied under a microscope.

As the focus of the microscope changes, different details of the diatom’s surface appear. 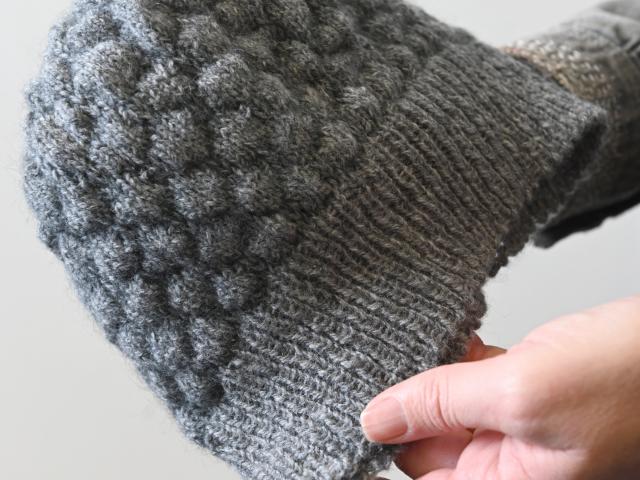 Lange’s ‘‘Shadows Unfocused’’ pattern.
Duke showed Lange pictures of the diatoms which inspired the designer to come up with a knitting pattern that reflects a diatom’s surface.

"It took a bit of trial and error to pick a pattern."

Given the circular nature of the diatom pictures, a hat seemed the perfect choice, she says.

Lange, who created a shawl for last year’s Art + Science Project, came up with a design that included bumps (to represent the diatom valve face that appears clean and distinct at a certain depth of focus) and a darker fuzzy mohair and silk yarn (which represent the loss of clarity of the space in between).

While Lange works for Otago Polytechnic’s fashion school these days, she studied consumer and applied science, completing her doctorate in garment leather.

"I love the idea you can communicate science knowledge other than through talks and scientific papers."

Having knitted for 25 years, starting when she needed an outlet while studying for her doctorate, she enjoys the process of creating something new and believes knitting is reflective of the revival of handicrafts since Covid-19 hit last year.

The pattern, "Shadows Unfocused", will go online at Ravelry.com free.