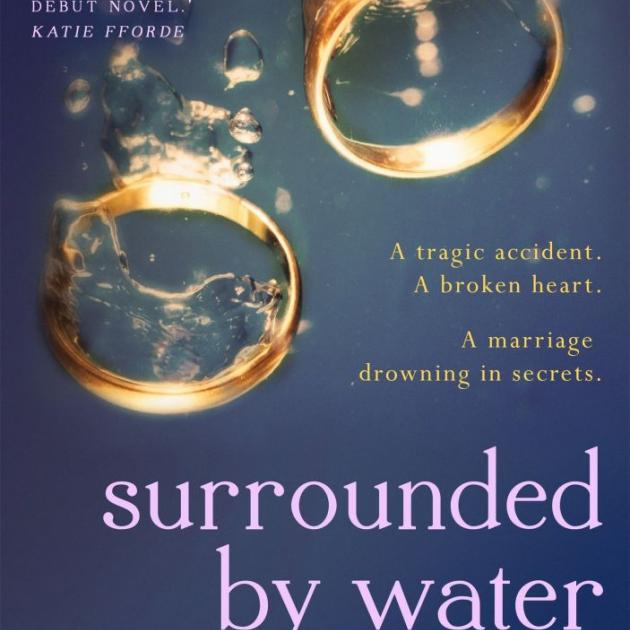 The opening segment in Stephanie Butland's first work of fiction is the beginning of a series of letters from Elizabeth, after the death of her husband, Mike, a policeman who is presumed drowned while rescuing a young local woman.

The letters set the momentum and anchor the action and its twists and turns with their reflection on those and their meaning to differing characters.

His death has a wide-ranging impact, to be expected in Throckton, a village where lives are intertwined and exposed. Mike's mother Patricia, a librarian known to many, his two best friends, doctor Andy and policeman Blake, and their wives, are in shock, seeking for and trying to supply answers. Further out are the folk who were regulars in his life, each with varying levels of shock and sorrow.

Andy and Blake visit the floodlit place where he has drowned and comment ''Unbelievable'', ''You should never underestimate the water''. Prominent in their early conversations is the fact Mike was never one to take chances, except for the time he entered a burning building in order to save a toddler.

Butland's grasp of the range of possible ways in which people react to and grieve with the shock of such a loss is what gives the first third of the story its discipline and elegance through Elizabeth's memories, her response to others' overtures and through the letters. Her sister Mel comes from Australia to be with her and acts as a sort of filter. The initial search is exacerbated by the fact the young woman who has been rescued is unable to give any account of her experience to the police.

Predictably the story ripples out from the inner circle and their responses and interactions, and a range of possible entanglements are presented. Butland keeps these in some kind of order and credible sequence, while acknowledging the strength of the consequences. This is the power of this novel, a careful and considered style and vocabulary that keeps a story that could be indulgent quietly yet deeply focused on the emotional reactions and behavioural consequences of what is presented initially as a brave and perhaps foolhardy rescue by a policeman.