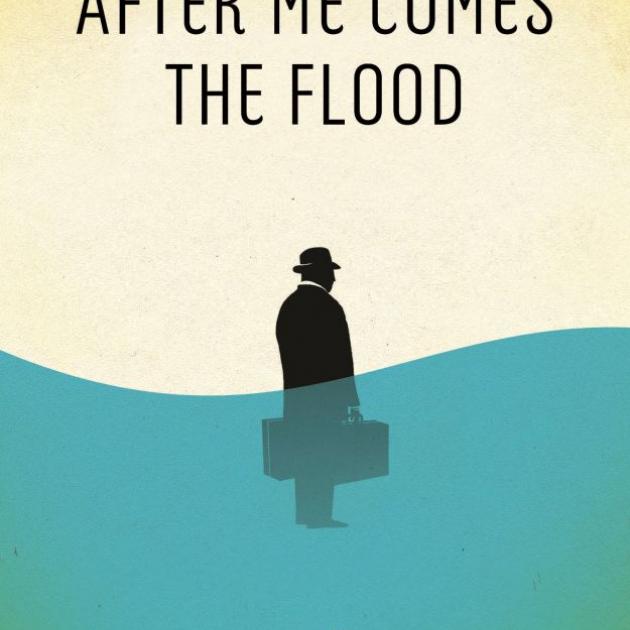 AFTER ME COMES THE FLOOD<br><b>Sarah Perry</b><br><i>Allen & Unwin</i>
It has been a long, suffocating summer in London, and although John Cole, the protagonist of After Me Comes The Flood, leaves the capital with the intention of visiting his brother in Norfolk, his principal goal is to escape its suffocation.

Thus, when he stumbles lost and migraine-blinded to the door of stranger's house to find that the girl who answers the door knows his name and is also expecting him, he can't help wondering if he is supposed to be there.

The other residents are equally welcoming, and by the time he realises it is a case of mistaken identity (according to the belongings left in his room, the man they are waiting for is named Jon Coules), John has become so fascinated by the house and its inhabitants he cannot bring himself to confess to being an imposter.

He studies his companions and pieces together their relationships. In addition to childishly innocent Claire, who invited him in, there is the tempestuous Eve, who channels her emotional energies into music; Elijah, an agoraphobic former priest struggling to deal with his loss of faith; the hostile (and possibly dangerous) man known as Walker; and the formidable matriarch, Hester.

But it soon becomes apparent the group's dynamics centre around Claire's brother Alex, its most seemingly normal but most vulnerable member, and John finds himself unwillingly co-opted as the young man's protector.

Meanwhile the heat deepens, and with it the tension within the household as they await the storm that will break the drought and, possibly, the ties that bind them.

Although this is Sarah Perry's first novel, she has a background in travel writing and a PhD on creative writing, and her experience is evident. The title comes from a phrase attributed to Louis XV that can be interpreted as either a portent of disaster or assertion that nothing that happens after his departure matters, and either understanding seems appropriate.

As a reader, I found myself drawn into the same perspective as its narrator, for whom this is a strange, temporary dislocation in his otherwise uneventful life, constantly wrong-footed by shifts in the plot and beset by a rising sense of anxiety awaiting inevitable disaster.

I'm not sure it can be described as a ''pleasant'' read, but it is memorable and hard to put down.