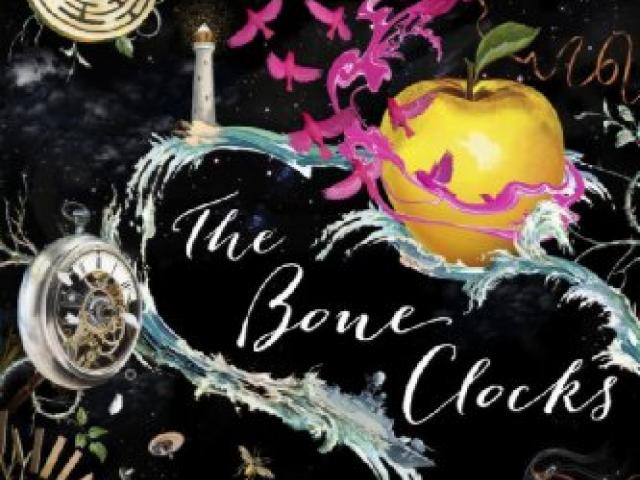 David Mitchell's latest novel, The Bone Clocks, longlisted for the Man Booker prize, is a flawed but wonderful masterpiece that falls halfway between the fantastical experiments of his early novels and the more conventional later books.

In his sixth Fargo adventure, The Eye of Heaven, Clive Cussler has teamed up with another best-selling author, Russell Blake.

The Narito disappearances: eight people, older men and women, disappear from their homes in the villages surrounding Sakai, Japan, 1977. Their houses are undisturbed, left as if they simply walked out. Only a playing card, nailed to each person's door, suggests that these disappearances are linked and provides an impenetrable clue.

This little book is like a dusty treasure discovered in a Port Chalmers antique shop.

There will be many readers who, like me, have been hoping they had not heard the first and last from Rosie Jarman and Don Tillman, the central protagonists in the quirky 2013 novel, The Rosie Project.

This book is a collection of Guardian feature writer John Crace's ''Digested Read'' parodies, the column in which he summarises in 700-800 words the latest books by many of the most popular names in literature.

One of the difficulties facing any author, particularly of genre fiction, is how to find new ways of addressing old and familiar themes. Similarly, as a reader it is a pleasure to stumble across a novel that manages it.

I once tried to read The Bone People, but gave up after 100 pages or so.

It has been a long, suffocating summer in London, and although John Cole, the protagonist of After Me Comes The Flood, leaves the capital with the intention of visiting his brother in Norfolk, his principal goal is to escape its suffocation.

Jessie Burton's first novel, The Miniaturist, is set in 17th-century Amsterdam and tells of the obsessive relationships of several members of the Brandt household.

This is a daft story, immensely readable and enjoyable.

Eric Lundgren's debut novel is a curious and entertaining amalgam of mystery story, farce and suburban angst that reads like a co-production between David Lynch and Jonathan Franzen.

There is a particular style of novel writing which places the story in two timeframes. Sometimes this can be irritating but in this case Barbara Erskine makes it work very well.

The cover of my copy of Demons says it is ''social satire'', but I didn't notice this until I'd finished the book. It didn't seem all that satirical to me, more like a call for help and a call to arms.

This beautifully told tale in small-format novella form has been translated from the Italian by Stephen Twilley.

The target of the black humour and satire in The Dinner, by Herman Koch, was the modern family.

This venture into the mountains illustrates why versatile and able author Philip Temple is among Dunedin and New Zealand's elite literati.

The best thing about being a book reviewer, is getting acquainted with authors I wouldn't normally read, especially those whose names begin with ''Z''.

Young John Finnegan considers ''it is easier to be dead at night''. He, his mother and two brothers are spirits still with an attachment to the soil in which their dead bodies lie, without benefit of the blessing that might sever that attachment.