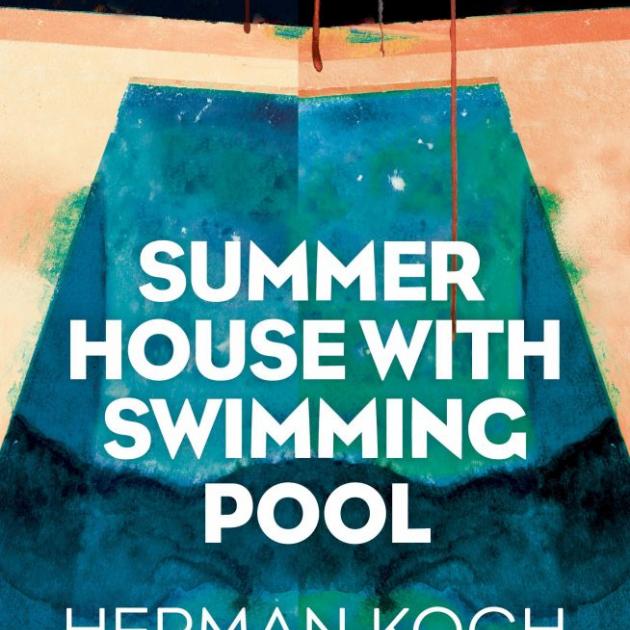 SUMMER HOUSE WITH SWIMMING POOL<br><b>Herman Koch</b><br><i>Text Publishing</i>
The target of the black humour and satire in The Dinner, by Herman Koch, was the modern family.

In this story, it is the medical profession.

Dr Schlosser sees his patients with a cynical and unforgiving eye and his dry, acidic comments to himself have little mercy for those in his care. At the same time, they are very funny, if at times mildly dismaying if one thinks about it too much! Similar are his observations on the Dutch medical profession, which seems to be run on the same basis as our own.

When actor Ralph Meier walks into Schlosser's practice requesting a prescription for an unnamed substance, Schlosser maintains ''form'' and insists on asking a few questions about his general health before writing the prescription.

The following summer, the doctor and his family, somewhat unwillingly, spend some weeks at the Meier's rented summer house, with swimming pool.

It is a fateful holiday that ends dramatically and badly. Schlosser then sees Meier again professionally, and carries out a biopsy.

This is a book for the lover of the blackly humorous. The good Dr Schlosser's thoughts and ruminations as the story develops are both funny and appalling, yet, in a way, understandable and dreadfully, dreadfully human.

- Margaret Bannister is a retired Dunedin psychotherapist and science teacher.