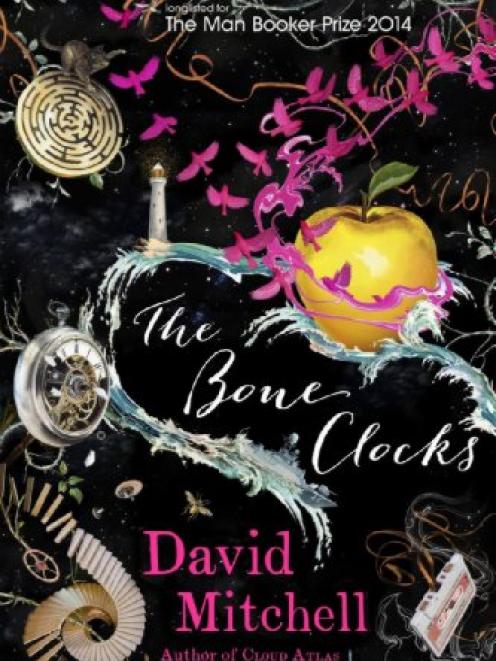 The Bone Clocks<br><b>David Mitchell</b><br><i>Hachette</i>
David Mitchell's latest novel, The Bone Clocks, longlisted for the Man Booker prize, is a flawed but wonderful masterpiece that falls halfway between the fantastical experiments of his early novels and the more conventional later books.

Told through the eyes of multiple narrators, the structure echoes that of Cloud Atlas but on a simpler scale, and in a familiar world, albeit with a supernatural shadow.

It opens in 1984 when teenage runaway Holly Sykes makes a promise that will involve her in a clandestine war between two groups of near-immortals, the Horologists, who are automatically reborn 49 days after death and the Anchorites, psychic ''vampires'' who maintain eternal youth by draining human souls.

The full import of this commitment slowly unfolds as the novel progresses, observed tangentially through the eyes of other characters whose narratives intersect with hers before returning to her consciousness six decades on in a world where the trappings of civilisation are slowly disintegrating.

They include a sociopathic Cambridge undergraduate, a war correspondent, and - my personal favourite - the deliciously horrible writer Crispin Hershey, whose career as the ''wild child'' of British letters is slowly but surely waning (I hesitate to suggest on whom he is modelled, although several names spring to mind), and it is here Mitchell's wit and skill are on best display.

The multiple viewpoints provide ample opportunity to explore a variety of contemporary issues, but while he leaves you in no doubt as to his own opinions on everything from the Iraq war to the arrogant pretentiousness of the social and literary elite, he deftly avoids the didactic and indulges in some wickedly black parody that had me sniggering sanctimoniously more than once.


Underlying everything is the Horology war, an unsettling subtext that intrudes into every section, and if it had been left there in the twilight where it belongs, The Bone Clocks would have been near perfect.

Unfortunately, the fifth part of the novel details the final metaphysical battle between the Anchorites and the Horologists, and I wish the author had trusted in his readers' own powers of extrapolation; some things are better left to the imagination.

However, the other five-sixths more than make up for this section, and despite moments of bleakness the novel as a whole retains a Whovian sense of wonder at and belief in the ability of humanity to endure.

For longtime fans like myself there is an additional bonus: hints of a meta-novel being gradually constructed book by book. Several of the characters had me checking back to previous novels and I quickly realised their shared names and histories were more than coincidence.

Although The Bone Clocks as an individual story is compromised to advance this larger vision, it is a bold and fascinating experiment that very nearly succeeds and I loved it despite its flaws. I can't wait to find out where Mitchell takes us next.