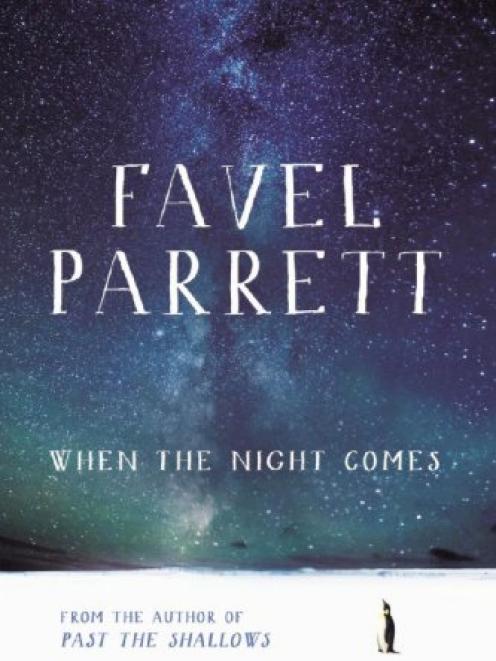 WHEN THE NIGHT COMES<br><b>Favel Parrett<br><i>Hachette</i>
This little book is like a dusty treasure discovered in a Port Chalmers antique shop.

Unassuming, it reveals itself to be a beautiful and poignant character-driven tale.

Young Isla and her brother move to Hobart with their mother, where the simplicity of their lives is dictated by their relative poverty.

A bright red ship cuts through Isla's dreary day, bringing with it a kindred spirit.

Bo looks down from the deck of Nella Dan and sees a small girl waving. The Danish sailor's physicality belies his tenderness. He is taken with the stillness in life. Sparse Antarctic landscapes and walnuts eaten from the tree bring him pleasure. Cream whipped just so for a fresh sponge to brighten the crew's day. Memories of hauling his father's fishing dinghy along a lakeshore.

Theirs is a quiet friendship, uncomplicated by the politics of adult life. But it's far from shallow, and their lives are shaped by their mutual encounters.

Parrett's is a light touch. Her words are chosen carefully and there is poetry in her thoughtful composition.

Isla and Bo take turns narrating. Nella Dan, a service vessel for scientists and explorers, journeys between Hobart and the Antarctic.

Isla's and Bo's stories are not without tragedy, however. When the Night Comes, Parrett's second novel, promises nothing and delivers a great deal.