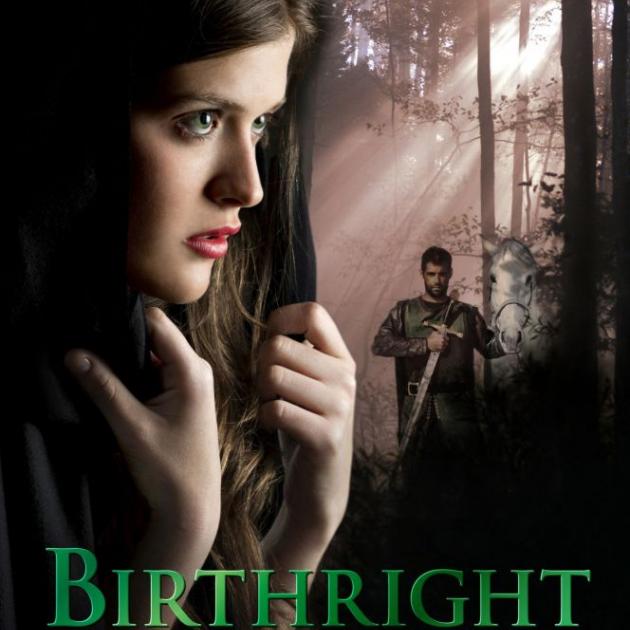 BIRTHRIGHT<br><b>T.K. Roxborogh</b><br><i>Penguin</i>
Birthright follows Banquo's Son and Blood Lines to complete the trilogy by Dunedin author T.K. Roxborogh, which is her take on what might have happened to Fleance, son of Banquo in Shakespeare's tragedy Macbeth.

Drafts of the first book were read by Roxborogh's Columba College pupils so the book was deemed to be aimed at teenagers, but is a good read for adults as well.

The plot from the first two books is outlined at the start of Birthright and a map is a handy reference as the novel moves around Great Britain. A family tree is recorded at the start of the book, and updated at the end, so don't peek if you want to be surprised. Roxborogh attempts to use the language of the times in both descriptive passages, e.g. ''their routine never allowed for such slovenly behaviour as being beaten to the day by the sunrise'', and dialogue, e.g. ''Our disguise is working or we would have our heads upon stakes by now'', but it is far from Shakespeare's sometimes inaccessible wording, therefore very readable.

A lot of carnage occurs, and there are some graphic scenes, particularly on the battlefield. But unlike Shakespeare's tragedies, the story does not end with all major characters dead. The witches hover in the background and get their comeuppance, and Fleance wavers between showing compassion for some dissenters and revenge for other rebels.

He must bear the expectations and duties of being king; dealing with politics, a mysterious disease decimating his subjects, and the threat of a rebel uprising stretch his tactical and diplomatic skills, let alone handling the queen's difficult pregnancy and her more difficult sister. However, his personal desire is to be with the only woman he has truly loved, Rosie.

At the end of Blood Lines, many readers will have been left thinking, or audibly exclaiming, of Rosie, ''She can't marry him!'' In Birthright she is in the thick of the action, with personal, family, and strategic dilemmas of her own, but overcomes all attempts to divert her from her goal.

The short chapters keep the scenes moving, and the story is followed from the point of view of several characters. Just when you wonder what's happened to somebody, they reappear in the narrative, and all storylines are concluded satisfactorily, making for a pleasurable read.

Win a copy
The ODT has five copies of Birthright, by T.K. Roxborogh (RRP$35), to give away courtesy of publisher Penguin. For your chance to win a copy, email helen.speirs@odt.co.nz with your name and postal address in the body of the email, and ''Birthright Book Competition'' in the subject line, by 5pm on Tuesday, January 21.