Traumatic months in the Korengal Valley 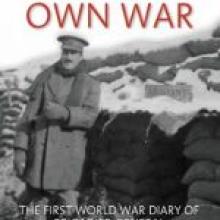 If you want to know about war at the cutting edge in the 21st century, and especially in Afghanistan, read this.

It is about fear and courage, death and life.

It is not comfortable armchair reading.

Sebastian Junger spent 15 months as an embedded reporter with a front-line platoon.

This is a long way from the risible "embedded" reporting from the Gulf War which embarrassed the news media, the reporters and the United States military.

In Afghanistan, the armed forces have specific orders not to censor or influence the copy.

Junger's objective was to convey what the war actually felt like.

Combat was a game that the US had asked this platoon to become very good at.

Once it had, the generals put their men on a hilltop without women, hot food, running water, communication with the outside world, or any kind of entertainment, for more than a year.

The men did not complain, but that sort of thing has consequences.

Society can give its young men almost any job, and they will work out how to do it.

But society needs to be careful about what it asks its young men to do.

In Afghanistan, the job of the young men is to undertake work that the older men in the Government asked them to do and could no longer do themselves.

These older men asked the group of younger men Junger was with to bring under control a 10km-long valley - the Korengal Valley, in Kumar province, along the Pakistani border.

To Junger's knowledge, nearly 50 Americans have died carrying out these orders.

No-one knows how many of the Taliban have died; certainly hundreds and probably thousands.

Many Afghan civilians have died too; so-called "collateral" damage.

Junger is not shy about describing the damage done to the soldiers, either.

The best way to recover from the physical and psychological trauma endured was for a soldier to volunteer for another tour of duty.

No-one else in their country was capable of understanding their experience; only their fellow soldiers.

All soldiers on active duty know the value of mateship.

Many of the members of this platoon hated each other personally, but they knew they had to function as a platoon to actually survive, so they did.

They were pleased about having killed an enemy because that was one less enemy trying to kill them or their mates.

What about fighting for democracy and the American way of life? No.

They were fighting to stay alive against an enemy that would do anything to kill them. It was a very simple equation.

Can the US and its allies actually win in Afghanistan? Theoretically they can.

Whether they will win is a much harder question to answer.

Wars end when one side knows it has lost.

In Vietnam, America lost when it acknowledged it could not win and so withdrew.

We are a long way from that point in Afghanistan.

Both sides still believe they can win.

To do so, they need to persuade the Afghan people that they can.

As long as the Taliban continue to convince hordes of ill-armed but superbly-trained soldiers to die for God, they will continue their waves of attacks.

As long as American politics permit the Government to spend unimaginable sums of money and bring home swathes of body bags, they will continue, too.

Junger develops these and many other issues.

He tries hard to be objective.

All he sets out to do with his experiences is to form parameters for seeing the issues in context.

• Oliver Riddell is a Wellington writer.