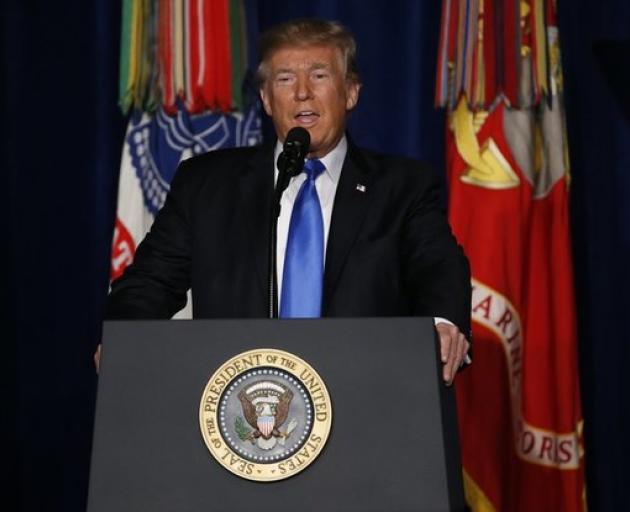 US President Trump announces his new policy for the war in Afghanistan at Fort Meyer, Virginia. Photo: Reuters

President Donald Trump opened the door to an increase in US troops in Afghanistan on Monday (local time) night as part of a retooled strategy for the region, overcoming his own doubts about fighting on in America's longest military conflict.

Trump, in a prime-time televised address at a military base near Washington, said his new approach was aimed at preventing Afghanistan from becoming a safe haven for Islamist militants bent on attacking the United States.

Trump expanded the US military's authority for American armed forces to target militant and criminal networks. He said that US enemies in Afghanistan "need to know they have nowhere to hide - that no place is beyond the reach of American arms."

"Our troops will fight to win," he added, offering no timetable for how long US forces would need to remain in the country.

The speech, devoid of a lot of specifics, came after a months-long review of US policy in which he frequently debated the future of US involvement in Afghanistan, where Taliban insurgents have been making territorial gains.

The Republican president overcame his own doubts about the war that began in October 2001 after the Sept. 11 attacks on the United States. He said repeatedly on the campaign trail last year that the war was too costly in lives and money.

"My original instinct was to pull out," he said in his speech, but added he was convinced by his national security advisers to strengthen the US ability to prevent the Taliban from ousting the US-backed government in Kabul. 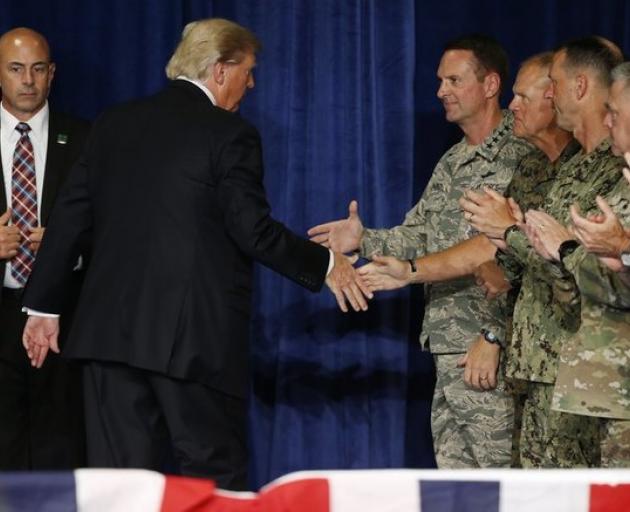 US President Trump shakes hands with officers after announcing his new policy for the war in Afghanistan. Photo: Reuters

Trump did not say how many US troops would be sent, but Defense Secretary James Mattis has plans on the table to send about 4,000 more to add to the 8,400 deployed in Afghanistan currently.

Trump's speech came as the president tries to regain momentum after he was engulfed in controversy for saying both sides were to blame for violence between white supremacists and counter-protesters in Charlottesville, Virginia, earlier this month.

Trump laid out a tougher approach to US policy toward Pakistan and senior US officials warned he could reduce security assistance for Pakistan unless the nuclear-armed nation cooperates more in preventing militants from using safe havens on its soil.

"We can no longer be silent about Pakistan’s safe havens," Trump said. "Pakistan has much to gain from partnering with our effort in Afghanistan. It has much to lose by continuing to harbor terrorists."

Trump also said the United States wanted India to help more with Afghanistan, especially in the areas of economic assistance and development.

He made clear his patience had limits in support of the Afghanistan government, saying Kabul needed to increase its cooperation in order to justify a continued American commitment.