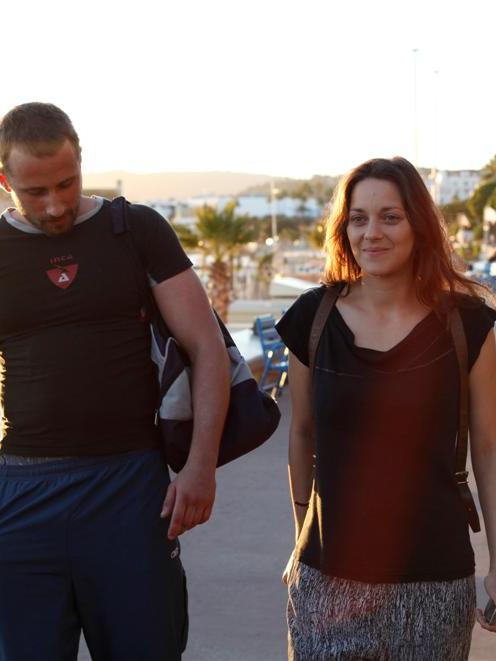 A kickboxing drifter meets an orca trainer and romance blossoms. There's a little more to it than that, but the far-fetched circumstances that lie at the heart of Rust and Bone are totally plausible once you have been seduced by the charm of this French indie. That is, if you can get past the use of captive whales at a resort town in the south of France.

Hitching into Antibes with his young son, Ali (Matthias Schoenaerts) is a hopeless case with a dubious past. Crashing at his sister's place, he takes a job as a bouncer at a local nightspot and meets Stephanie (Marion Cotillard) when breaking up a fight. They exchange numbers but Ali thinks nothing more of it and returns to his interest in backstreet brawling.

After an accident at the marine park where she works with killer whales, Stephanie has both legs amputated just below the knee and, descending into deep depression, gives Ali a call. Ali becomes for all intents and purposes her carer, taking her to the beach and even reintroducing her to the joy of sex.

The glue that holds the whole flimsy premise together is the coarse chemistry between the two leads. Both are dealing with their own demons and trying to grasp whatever chances come their way. Schoenaerts' effortless embodiment of the brutish rogue and Cotillard's vulnerability find a space to be together, even if it seldom looks likely. Powerful, bold and viscerally brutal, Rust and Bone is an uneasy triumph with some cleverly disguised sucker punches.

Best thing: The clever use of slow-motion photography.
Worst thing: Seeing mighty marine animals kept in captivity.
See it with: Anyone not seeking a feel-good romance.