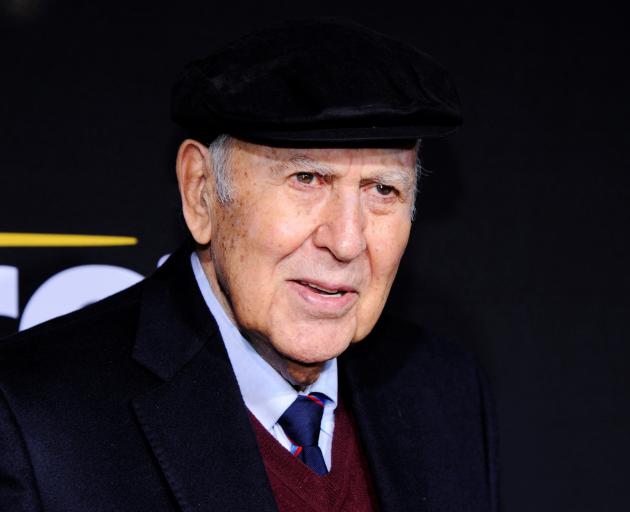 Carl Reiner's career spanned seven decades and every medium from theatre and recordings to television and movies. Photo: Reuters
Carl Reiner, a driving force in American comedy as a writer for TV pioneer Sid Caesar, partner of Mel Brooks and creator and co-star of the classic sitcom The Dick Van Dyke Show, has died at 98.

His career spanned seven decades and every medium from theatre and recordings to television and movies, including directing Oh, God!, three collaborations with Steve Martin and a role as an elderly con man in the revived Ocean's Eleven series.

Reiner passed away on Monday night of natural causes at his home in Beverly Hills, his assistant Judy Nagy told Reuters on Tuesday.

He was still taking voice roles in his 90s and had a key role in If You’re Not in the Obit, Eat Breakfast, a documentary about people who keep busy into their 90s.

Carl Reiner, a driving force in American comedy as a writer for television pioneer Sid Caesar, partner of Mel Brooks and creator and co-star of the classic sitcom ‘The Dick Van Dyke Show,’ has died at age 98 https://t.co/bmfmMXVxKc pic.twitter.com/PocO0uplhK

Reiner is survived by three children, including Rob Reiner, director of several hit movies and known for playing Archie Bunker's son-in-law Meathead in the hit TV comedy All in the Family. Reiner's wife of 64 years, Estelle, died in 2008.

Rob Reiner on Twitter mourned his father's passing, saying, "As I write this my heart is hurting... He was my guiding light."

His father was also active on Twitter. His final tweet on Monday was in praise of British playwright and composer Noel Coward, whom he lauded as "the single most prolific writer of musical comedies, plays, songs and films.”

Tributes to Reiner poured in from across the show business spectrum.

Late-night comedy host Stephen Colbert simply tweeted "The Greatest" in a post accompanying a picture of Reiner as a young man.

Reiner expressed his approach to his work in his book My Anecdotal Life, when he said, "Inviting people to laugh at you while you are laughing at yourself is a good thing to do. You may be the fool but you are the fool in charge."

Reiner, the Bronx-born son of a watchmaker, started in entertainment as a teenager in a touring theatre troupe that performed Shakespearean plays. His career took a decisive turn after he joined the Army Signal Corps during World War 2.

Recruited into a special unit that put on shows for the troops, Reiner began writing and performing his own comedy material.

Returning to New York City after the war, Reiner appeared in several Broadway musicals, including a lead in Call Me Mister, before he was hired to join Caesar's popular TV sketch comedy series Your Show of Shows in 1950.

Reiner was part of Caesar's ensemble of performers as well as a celebrated writing team that included then-unknown talents such as Brooks, Neil Simon and Larry Gelbart.

Reiner and Brooks remained close into their late 90s with Reiner telling USA Today in 2019 that they got together regularly to watch game shows and movies.

Brooks called him "a giant, unmatched in his contributions to entertainment," in a tweet on Tuesday.

"A tired cliche in times like this. But in Carl Reiner's case, it's absolutely true. He will be greatly missed," Brooks said.

Brooks joined Reiner in creating the 2000-Year-Old Man routine in which Reiner interviewed the world's oldest living man, played by Brooks, who deadpans satiric, first-person anecdotes of history in a thick Jewish accent.

Asked why the cross became a symbol for Christianity, for example, Brooks replied: "It was easier to put together than the Star of David."

Originally ad-libbed by Reiner and Brooks at a party, the sketch evolved into a perennial TV favourite and basis for five comedy albums, the latest of which earned a 1998 Grammy Award.

When "Your Show of Shows" ended its 4-1/2-year run in 1954, Reiner followed Caesar to his next series, Caesar's Hour, and earned his first two Emmys.

Encouraged by his wife to develop a TV show as his own, Reiner began work on a sitcom pilot loosely based on his experiences with the Caesar shows, titled Head of the Family, casting himself as a TV writer with a wife and two kids.

Network executives initially passed on the project, unhappy with Reiner as the lead character, Rob Petrie. But CBS ultimately picked up the series in 1961, recast and retitled for its new star, The Dick Van Dyke Show.

A reprisal of his Alan Brady role three decades later, for a guest spot on the 1990s sitcom Mad About You, earned Reiner yet another Emmy.

Besides helping transform its creator and star into household names, The Dick Van Dyke Show launched the career of Mary Tyler Moore, who played Rob Petrie's wife. The series, considered a TV sitcom classic, ended its run in 1966.

The following year, Reiner made his feature film directing and producing debut with "Enter Laughing," which he adapted from a Joseph Stein play that was based on Reiner's semi-autobiographical 1958 book of the same name.

He later directed George Burns in the title role of the 1977 comedy film Oh God! before collaborating with Steve Martin for a string of movies, including The Jerk, Dead Men Don't Wear Plaid and The Man with Two Brains.

Starting in 2001, he made a big-screen comeback playing elder con artist Saul Bloom, who comes out of retirement to join George Clooney, Brad Pitt and others in the blockbuster remake of the 1960s heist film Ocean's Eleven. Reiner returned to that role in two "Ocean's" sequels.

But Reiner never strayed far from television, continuing to make guest appearances on various shows such as Two and a Half Men and Hot in Cleveland well into his 90s, as well as keeping up a busy Twitter account.

Reiner wrote four volumes of memoirs, including I Just Remembered in 2014, as well as children's books. 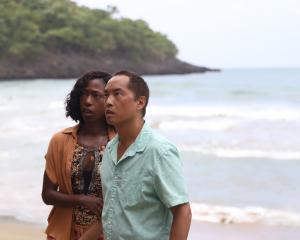 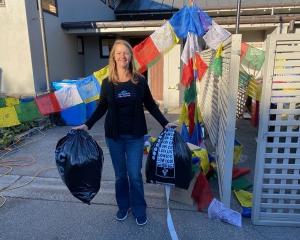 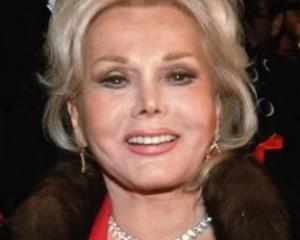 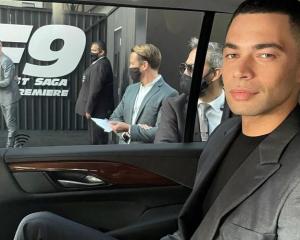 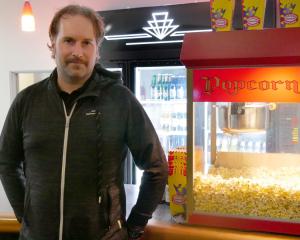