What do you consider when shopping for a new video game console? The games available for the console? How much it will cost you? What about the ethical impact of your choices? Do you weigh what the creation of that console does to the environment, whether it was built in sweatshops or contains supplies sold to fund wars? 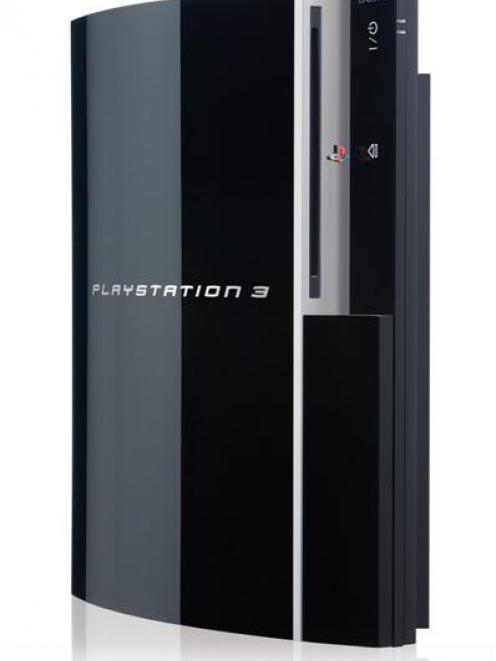 Examining where consumer electronics, such as the PS3, come from and where the money you spend on them goes is becoming more commonplace.
The notion of "ethical consumerism" is an increasing concern among shoppers of all types, including gamers, says Jordan Louviere, professor of marketing at University of Technology Sydney and executive director of the Centre for the Study of Choice.

Prof Louviere, a specialist in consumer choice modelling, said while many of today's consumers were not aware of or educated about such issues, that seemed to be changing.

"It is likely that these issues will play ever larger roles going forward over time," he said, "and those companies that are smart enough and strategically on the ball will see that there are potentially huge returns to product changes/innovations and associated sales and marketing from doing this."

While examining where consumer electronics, such as the PS3, Wii and Xbox 360, come from and where the money you spend on them goes may sound strange to some, Prof Louviere points out that it's just one more feature set that consumers can look at.

But is balancing the global impact of your gaming habits a reasonable expectation?"Reasonableness depends entirely on a person's individual value system," he said.

"All products and services have tangible, functional and other features.

The choices that people make involve taking the features into account to try to get a product that best suits them for a price level that they are willing to pay to get them."

And for those interested, there are plenty of ethical issues to consider, topics to wade through.

Each year, Greenpeace releases a guide that rates how "green" different consumer electronics, including video game consoles, and their parent companies are, based on, among other things, the chemicals used in the products and the energy consumption of an item.

"Gamers who are concerned about toxics leaching to water supplies and causing troubled pregnancies and other health defects should care," said Daniel Kessler, communications manager for Greenpeace International.

"We believe that manufacturers of electronic goods, who have benefited from sales of their products, should take responsibility for them from production through to the end of their lives.

To prevent an e-waste crisis, manufacturers must design clean electronics with longer lifespan, that are safe and easy to recycle and will not expose workers and the environment to hazardous chemicals."

Kessler says Nintendo remains in last place in the annual guide, though the company has shown some improvements.

Enough, the Project to End Genocide and Crimes Against Humanity, tracks the use of certain minerals, such as tin, tantalum, tungsten and gold, that can be mined in the Congo and used to help fund the war there.

Some of these minerals are found in electronic goods, including in video game consoles.

"We're accustomed to not asking too many questions about where our video games and other belongings come from," said David Sullivan, policy manager for Enough.

"But given that we could be indirectly financing some of the worst human rights abuses in the world via our purchases of these products, I think most consumers would want to be able to choose not to support those kinds of things."

The issue with tracking the use of these minerals, though, is that they are processed at facilities, mostly located in Asia, where they blend with minerals from around the world.

So Enough is asking companies to try to keep these minerals out of their products.

"Microsoft and Sony are both part of an industry group that is working to create a system to deal with conflict tantalum," Mr Sullivan said.

"Nintendo is not part of this group."

Nintendo did not provide a comment for this article, but has said in the past that it asks that its supplies comply with the company's corporate social responsibility guidelines.

Prof Louviere says international research conducted by his centre found "many consumers are willing to pay small, but significant premiums to choose products that are not environmentally harmful and/or that have environmental benefits".

"The middle ground is for all consumers to understand that climate change and environmental degradation are real, they are not going to go away, and unless we all do something about it, they will only get worse going forward," he said.

While many of the most vocal gamers express disinterest at best about topics such as green gaming or conflict minerals, these passionate gamers are also the ones most likely to participate in a different type of ethical consumerism, perhaps without even realising it.

They are the ones often quick to sign petitions and call for boycotts of companies perceived to be mistreating developers or over-working employees, another ethical concern.

It may not be recognised as such, it may not yet be the first thing a gamer thinks about, but it seems that socially responsible gaming is coming.